It’s all too easy to stay in your safety zone and ride only at your home barn. What with bad weather and bug season, it’s also too easy to narrow that world even more and stay indoors. But the more you stay put the less bold you and your horse become until venturing out becomes rife with anxiety. It becomes an ever-shrinking circle. To counter that, I make a point of finding things to do with Tonka away from home.

Tonka appreciates this. When he sees the trailer, he loads right on with an eager attitude, which I think is due to more than the pile of hay in the manger waiting for him. Here’s a video from September of Tonka self-loading.

When the weather turns to winter, it gets especially difficult to find reasons to get out of your home ring. When I heard about a nearby stable that was having a jumper schooling show, I looked into it. At the least it would give us a new place to ride.

During the six years of my partnership with Tonka, jumping hasn’t been on the radar. However, if you’ve been reading this blog, you know that Tonka and I have been doing a lot of exercises over poles on the ground. They’re great for body and mind. You also know that Tonka is living at a hunter/jumper barn so we’ve been watching girls happily canter their ponies over jumps. We recently decided to try that too. Tonka was, to say the least, enthusiastic. This is what he says he can do if only he were allowed to do it.

I’m not ready to go that high with him – yet – but the show had a class over ground poles. I signed us up!

On the morning of the show it was a frigid 18° F. We still went. Tonka didn’t care. He’s not clipped. He trailered in a blanket, and wasn’t at all chilled when we tacked up. 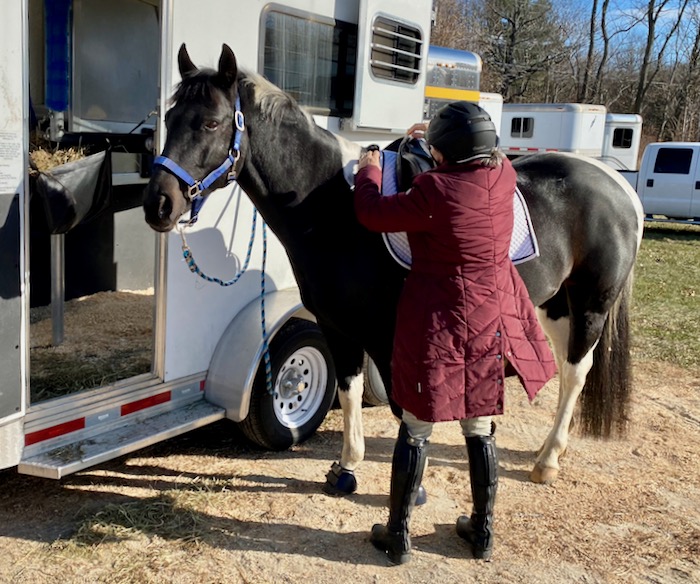 I was dressed appropriately in several layers. I also had on my new jumper show socks which made me feel quite ready! (This brand is my absolute favorite boot sock.

to see a selection.) 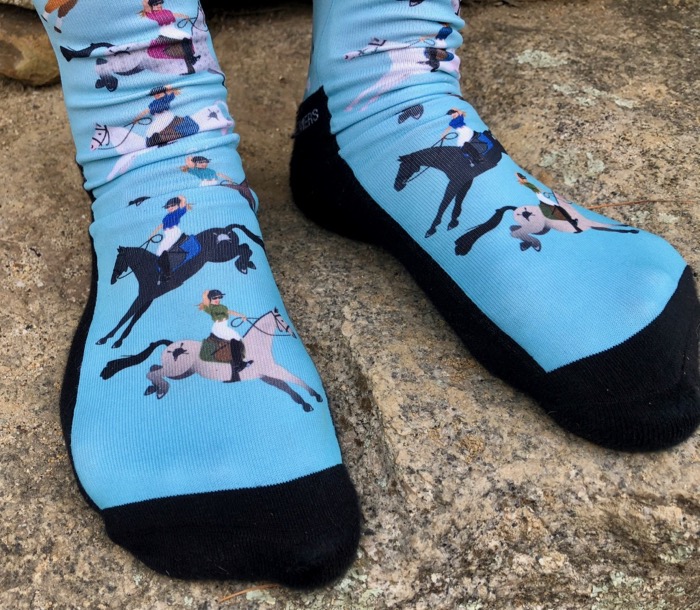 The indoor arena at Coyote Spring Farm is gorgeous. Light-filled and the footing is perfect. 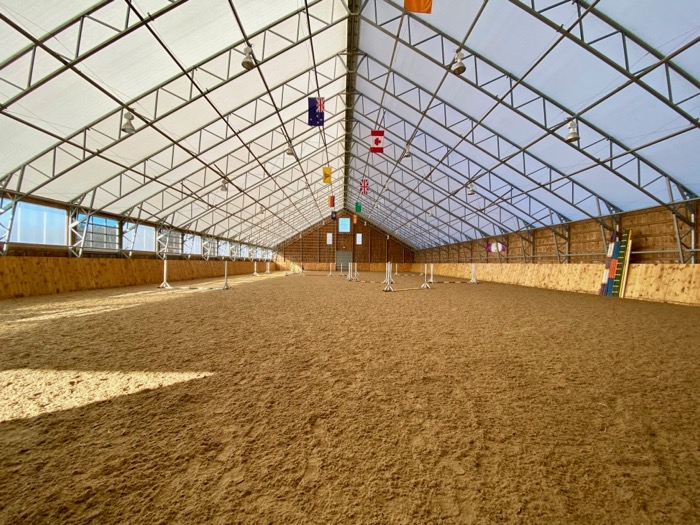 So perfect that when Tonka indicated that he wanted to pee in there, I said that wouldn’t be at all polite, and rode him outside to a more appropriate place. I’ve taught him to pee on cue for just these sort of situations. 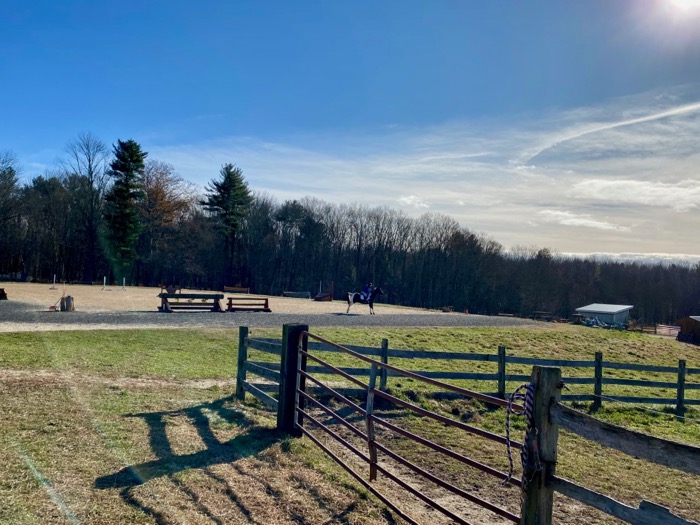 I used to jump. I evented in my late teens. Even went training level. This was 40 years ago, though, when eventing was more of a gallop at it and fly sort of sport. Back then, one stumbling block to success was my seeming inability to remember a course.

The jumper course at the show was super easy. 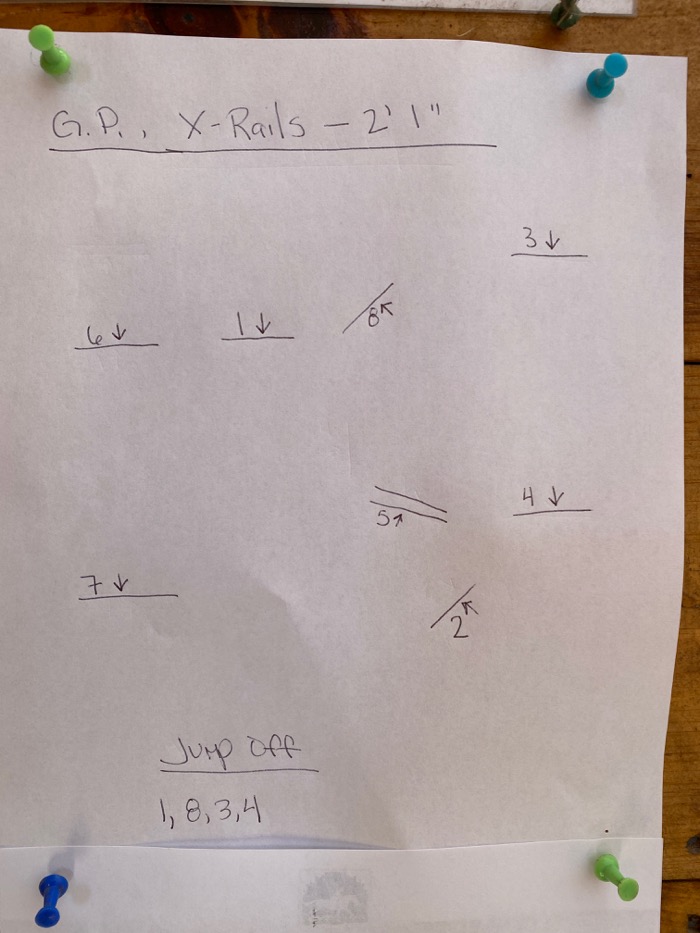 I went off course. Tonka was not pleased. He pinned his ears and gave me quite the look when we stopped. He liked trotting on this springy yet firm footing.

Because it was a relaxed schooling show, I was allowed to try again and I managed to get all 8 poles done in the correct order. He had a much happier face when we stopped after it all went smoothly. 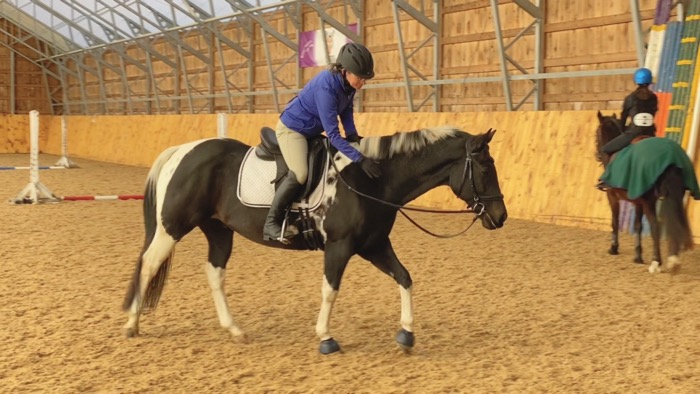 So it was on to the jump off which consisted of 4 poles. Timed. That I decided to do at the canter.

I went off-course again. And then was allowed to do it one more time.

After we finished the course, we thanked the organizer and went for a walk. It had warmed up to 22° F. 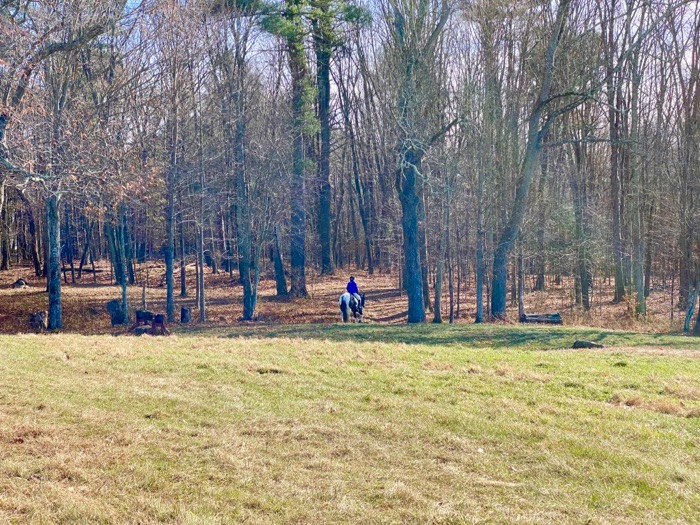 It was a relaxed show, but one couldn’t ignore the off-course so we came in second out of two.

Tonka and I couldn’t have been happier. 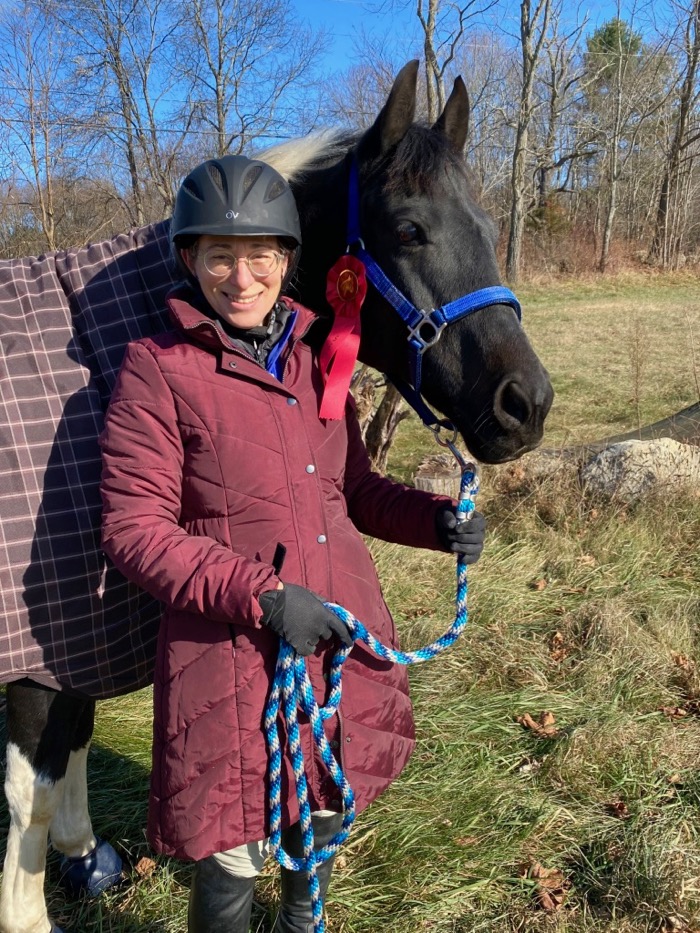 Do you do jump classes? Any tricks for memorizing your courses?

3 thoughts on “Our First “Jumper” Show”