NOTE: This post has been updated since the original review! new comments in italics.) 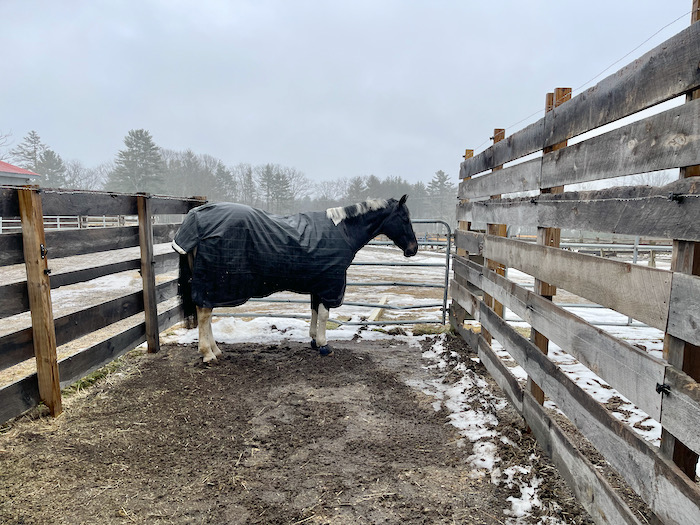 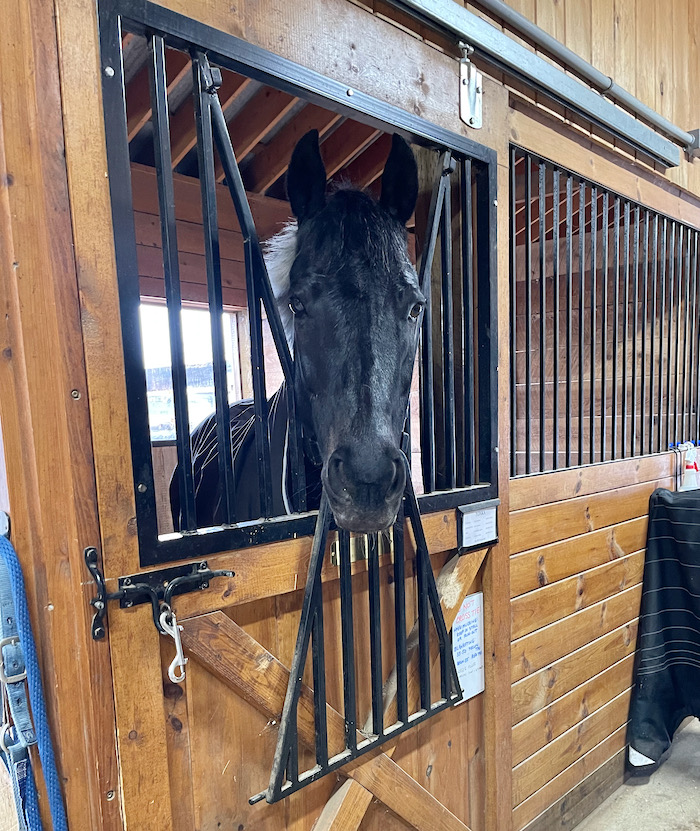 Tonka isn’t one much for toys. He mostly ignores the Likit Signature Tongue Twister - Red - Clear, Unisex and the rolling salt block that I got him. 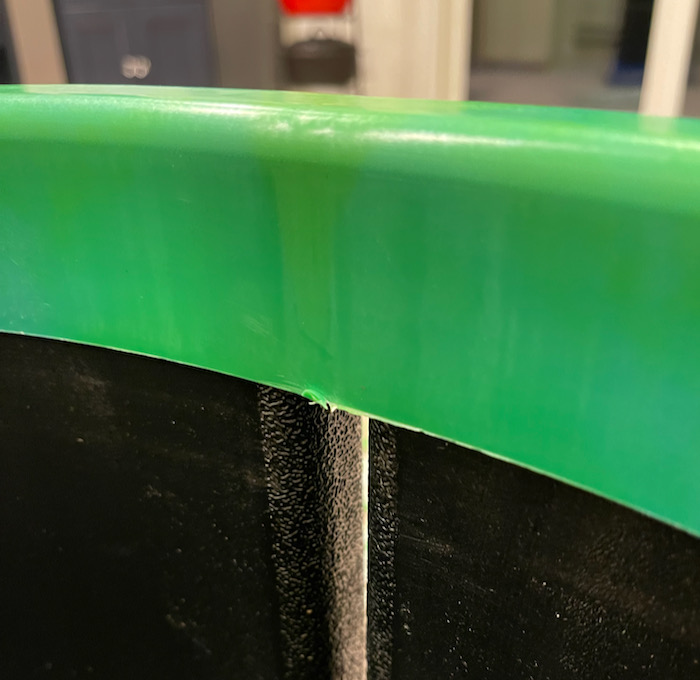 From Tonka’s perspective, it’s a great design. The grid is flat and doesn’t appear to harm his teeth (some slow feeders wear gouges out of front incisors). (Update: The veterinarian who takes care of Tonka’s teeth is board certified equine dentist, and she doesn’t like anything hard plastic, not grazing muzzles or this forager. See later in the post what I did.) The whole thing doesn’t budge as he eats from it. (I keep it tied to the wall just in case.) (The tying didn’t work. The top of the forager popped off. It requires two eye hooks at the level of the top of the Forager. Then I used loops of baling twine attached to double-ended snaps attached to the eye hooks.) 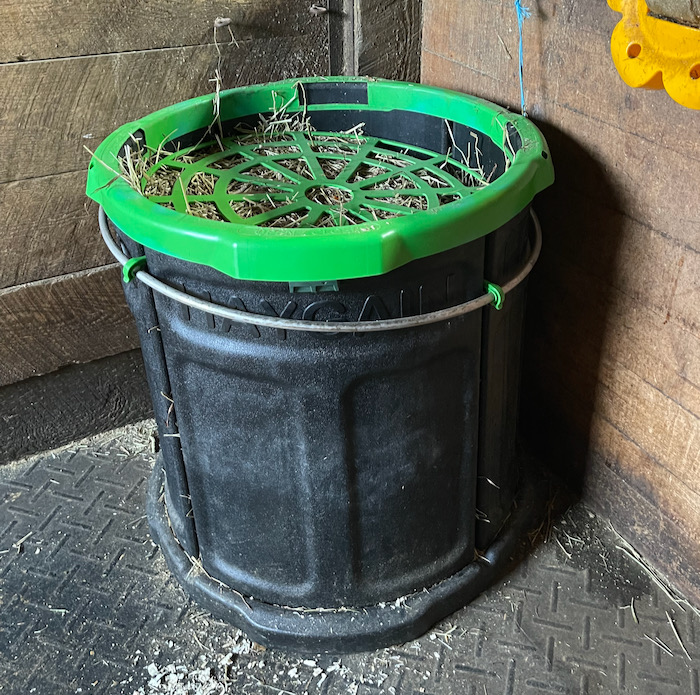 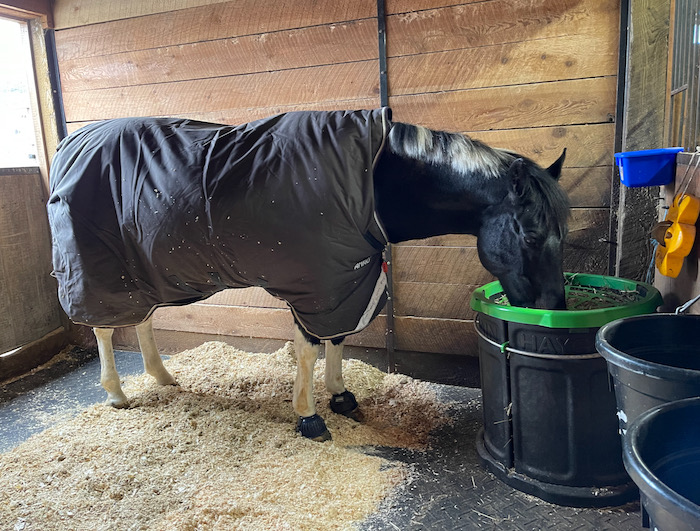 Another plus is that it’s got to help with his gut health. Horses are prone to impactions when they are standing around. Having small amounts of food constantly moving through his system is a very good thing. I keep an eagle eye on amount and quality of manure that Tonka produces, and I like what I’ve been seeing! That, plus how relaxed Tonka is, has convinced me that the Forager is good for my horse’s well-being. Yes, it’s not the easiest thing to fill, but I’m getting the hang of it. The raw skin on my hands, where the Forager has pinched me time and again while trying to remove the grid, then put it back together, is healing, and I haven’t had to get a bandaid out for a few days now! But it never was easy to fill, and it was too time-consuming and awkward to have the barn staff learn how to do it. So, if I wasn’t around, hay was simply tossed inside. In conclusion, so far, the Forager has been a success.

BUT… for whatever reason, the cold? The trying to wrangle the grid when filling? The grid broke several times. HayGain customer service was awesome and sent me replacements, but those snapped too. So Steve cut off the grid, but left the outer ring. He then cut a hay net to fit, looped it on with cord, and voila! we had a teeth-safe grid that had no hard broken plastic pieces. Carabiners are on the green inner grid where the barrel’s slots are, and those attach to the outside ring with double-ended snaps. It’s now easy to fill, safe for Tonka’s teeth, and hasn’t broken. 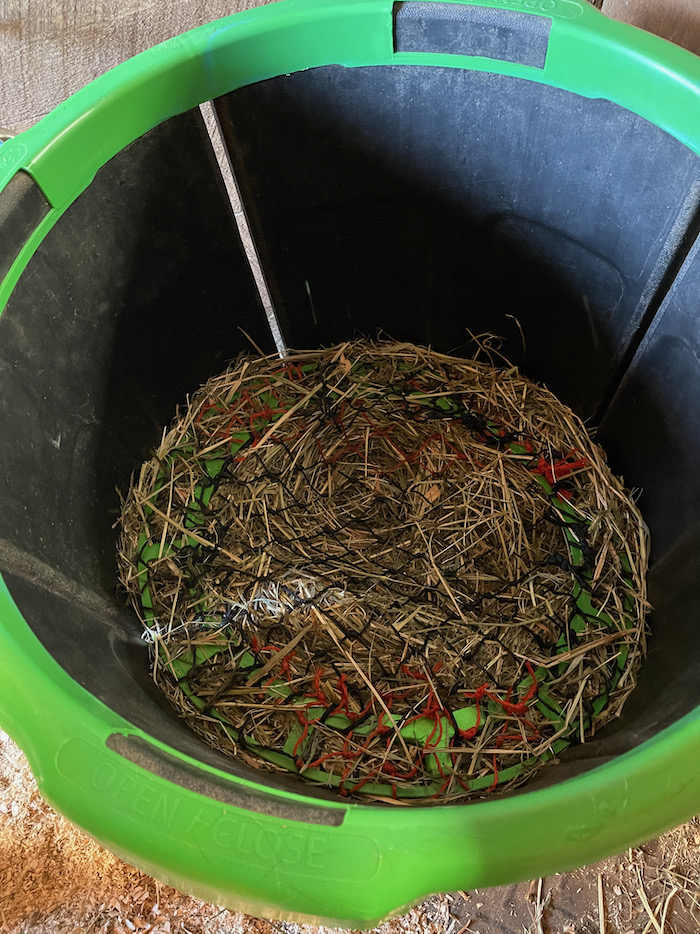 Tonka is no longer on stall rest, but he will continue to be fed in the Forager. It’s the only slow feeder that allows the horse to eat in a natural grazing position. Tonka looks so relaxed eating his hay out of it. I also appreciate that there’s no wasted hay and the stall stays very tidy. So, with modifications, it’s a keeper.