On Wednesday Caper came to the end of his very long life. It was time. Nigerian Dwarf Goats can live a vibrant eight years. After that, it’s all a gift. Caper would have been thirteen this May. Ancient. He had a tumor in his mouth, few teeth, and was bow-legged and arthritic. At a certain point, goats can’t metabolize their food efficiently, and he couldn’t keep on weight. But he was still his happy, sweet self. Until this week, when it was clear that getting around was becoming too difficult to be a joy. 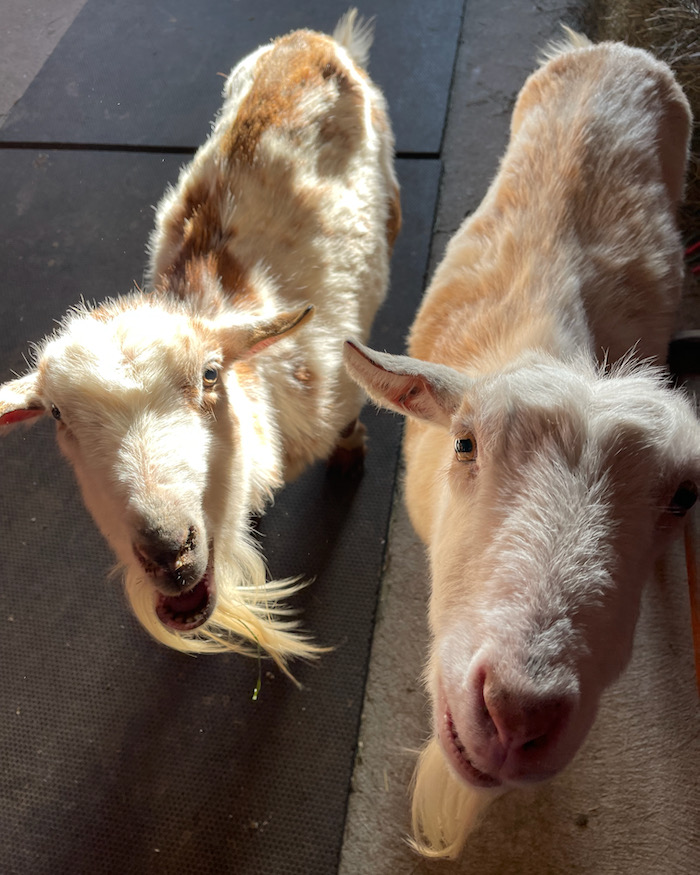 Caper had a very good life. He and his twin brother arrived at Little Pond Farm when they were just a couple of months old. Here he is on the day he arrived with the farmer who brought them. 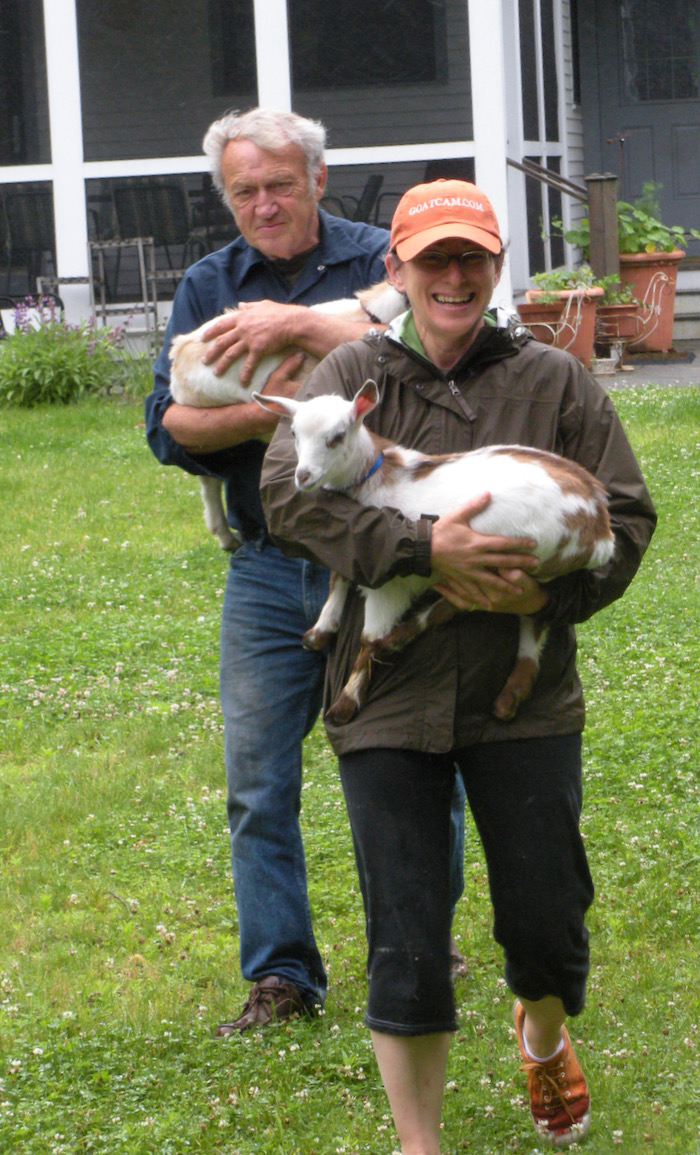 It took me awhile to figure out that Caper was the smart one. Because he was clever enough to (almost) never be caught in the act. He was the goat who could open doors (and then close them so that his brother couldn’t follow him.) 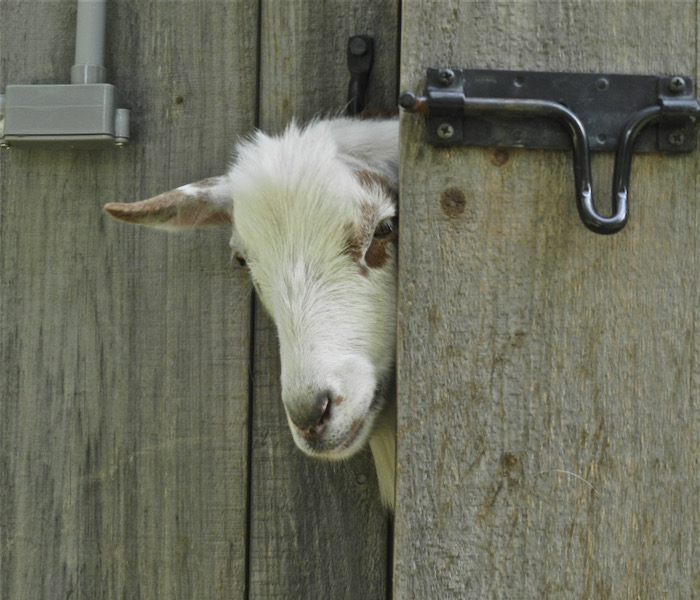 He was always optimistic. Sure that whatever idea he had was the best idea, and that whatever he did would be a great deal of fun for everyone. Even when it entailed sneaking around the corner to eat my entire bed of asparagus! Caper was easy to train – if you embraced chaos and enthusiasm. He particularly enjoyed standing on his stump. 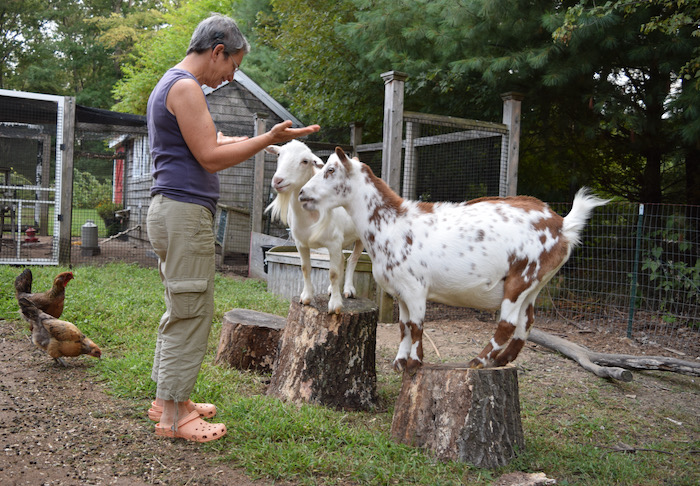 Caper and Pip hadn’t spent a day apart in a dozen years, so I planned for when one of them would leave this earth before the other. 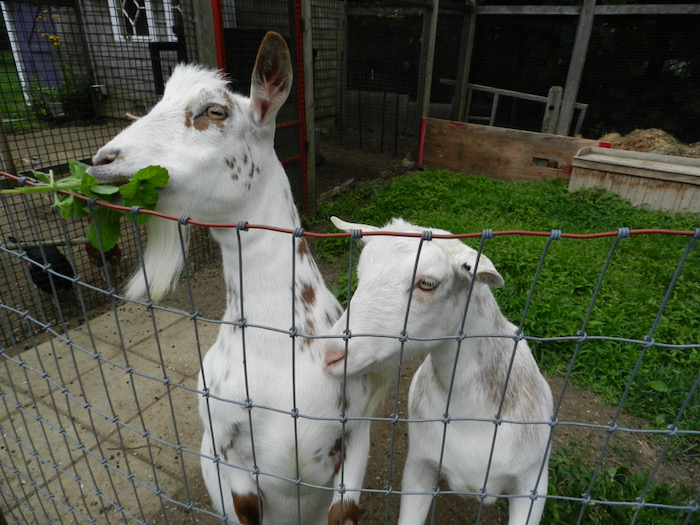 Two and a half years ago we moved to Maine, and I made the difficult decision not to build a goat barn and keep them at home. Instead, they’d go to Kim’s farm, ten minutes up the road, where they would have the company of other goats, horses, ducks and chickens. That way, when one did pass, the other would be surrounded by friends. I thought that this day would happen sooner, maybe even the year that we came to Maine, but instead, the Goat Boys had the pleasure of being at Noisy Farm (and adding to the noise!)

Here is Caper just last week, with foal Ivy, who has decided that a goat is a fine playmate to feed hay to.

I checked in on Pip yesterday. He’s doing okay. Okay enough to eat an entire banana! 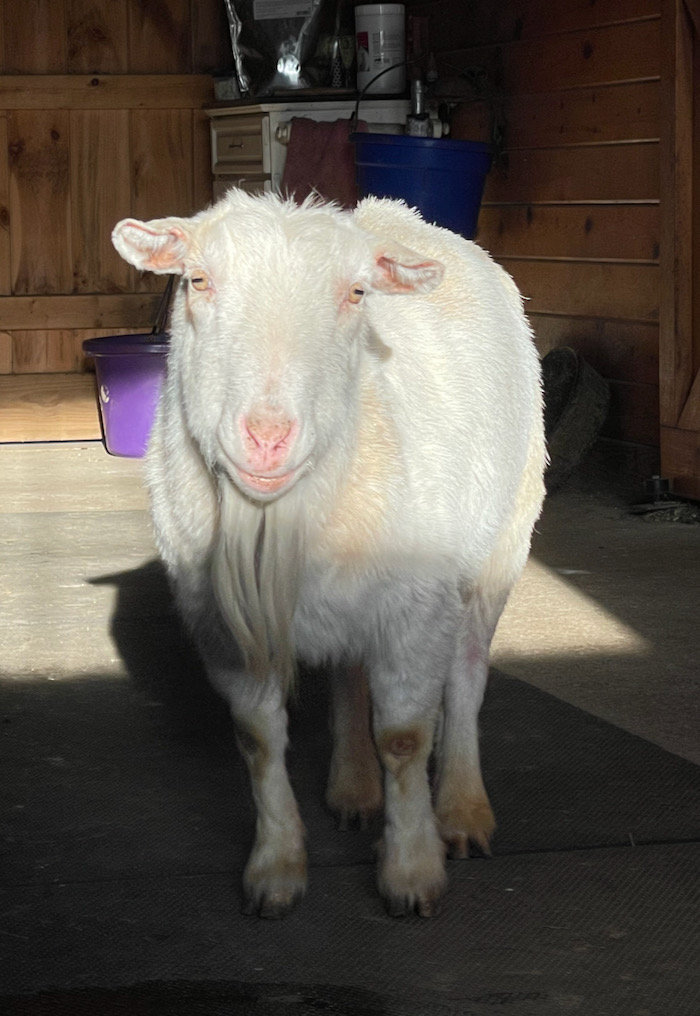 He’s ancient, too, but without the arthritis and mouth issues that Caper had. We’re hoping that he’ll have a very good summer, belly-deep in grass. With his companions at Noisy Farm.