When riding, our view is between the horse’s ears, which makes us quite aware of their sense of hearing. 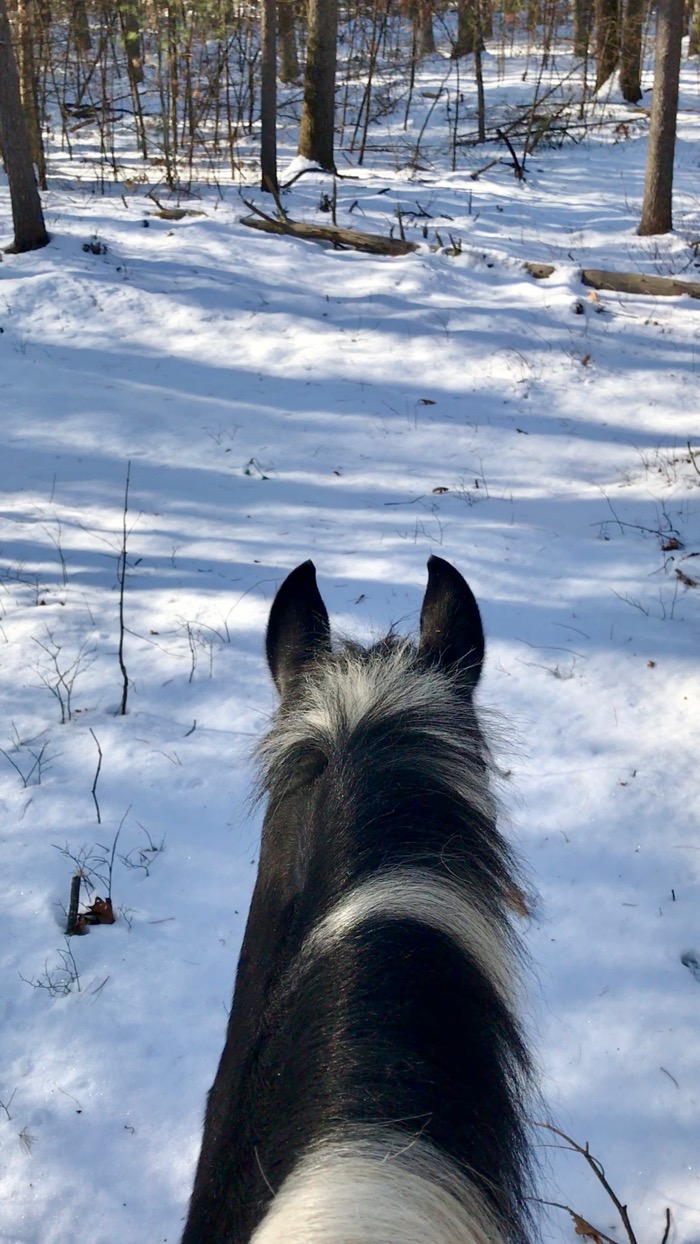 I’d always assumed that horses have far superior hearing to humans. Certainly, horses have better hearing than me! For most of my riding life, I’ve had a hearing loss (I now wear cochlear implants) and I’ve relied on watching those ears, and believing that my horse knew more than I did about the sounds around us.

Recently I’ve looked into the science of horse hearing and have uncovered that not all of my assumptions were accurate. What I’ve learned can help you in your partnership with your horse.

Horses have good hearing. They’ve got the ability to hear more highs and lows than us humans – which makes them more able to hear a predator sneaking up on them – but overall, their hearing isn’t phenomenally better than ours. 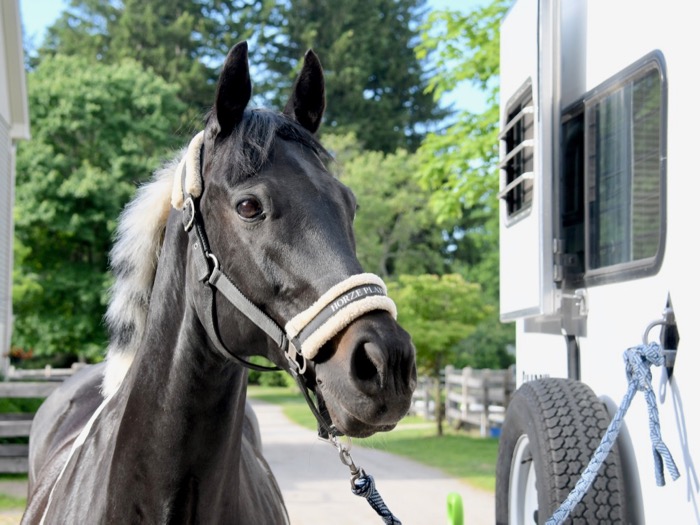 As we’ve all noticed, horses can swivel their ears. This allows them to take in multiple sources of sound at the same time. So, while we’re focusing on one noise, horses remain alert to every sound around them. 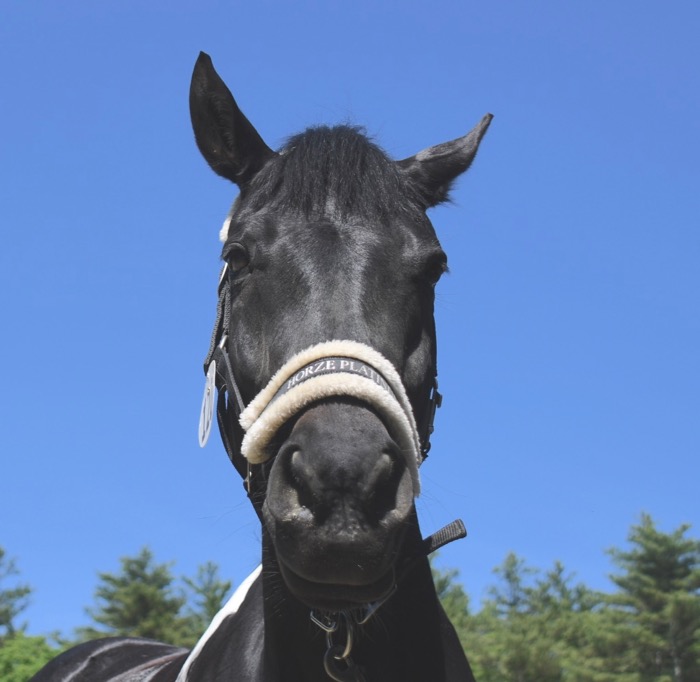 You’d think, that with those ears that seem to point to the source of sound, that they are localizing exactly where noises are coming from. Not so! This is the biggest fallacy that most of us believe in. Research shows that horses are terrible at knowing where sounds originate – if they have only their ears to rely on. Scientists call this sound-location acuity. Humans are very good at it, horses are not. Once a horse hears something, they need to see it to know where the sound is coming from. Horses have a wide field of vision so can quickly do that – but only if they have freedom of their head and neck so they can look around and get that source of sound in their visual streak.

This means that if your horse hears something, but you’re restricting where they’re looking, they won’t have the information they need in order to know where that sound came from or what caused it. In your horse’s world, it could have come from anywhere. That makes for a tense horse and one who’s primed to flee.

There’s an easy solution. Let your horse take a look. 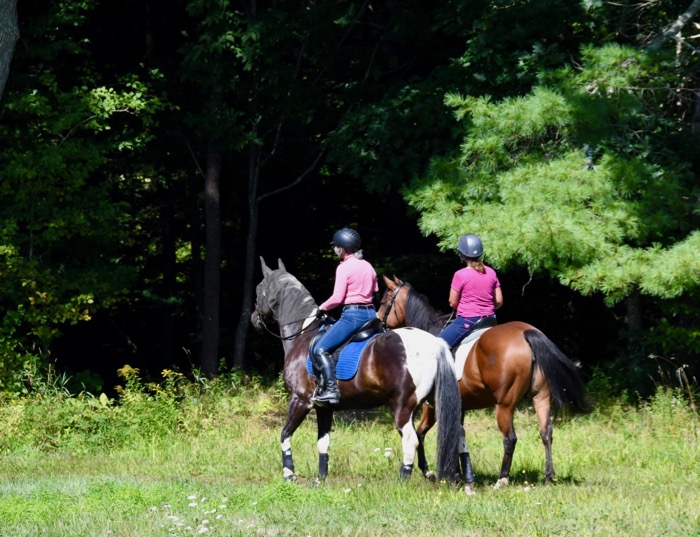 It can feel counterintuitive – and scary! – to let go of that tight grip on the reins of your spooking horse, but if you let them scan the horizon for the source of the sound, they’ll often self-calm.

In the winter, when snow sheets off of the indoor arena and makes sudden and erratic thumps on the ground, let your horse watch it happen. Horses are intelligent animals and most will soon conclude that the falling snow isn’t going to hurt them. 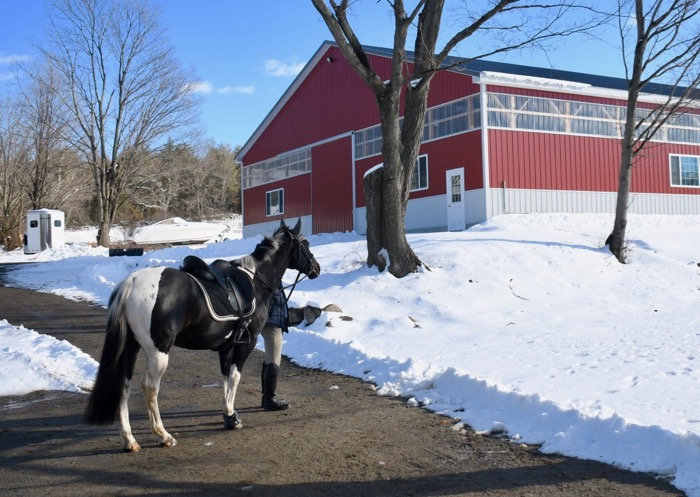 Indoors, that falling snow can be even more scary. For arenas without windows, I’ve taken Tonka outside, let him connect the sound with its cause, then gone back in to finish our ride. For indoors with windows, I stop and let him look as snow hurtles by. It might remain startling (horses react to sudden movement) but it’s no longer terrifying. 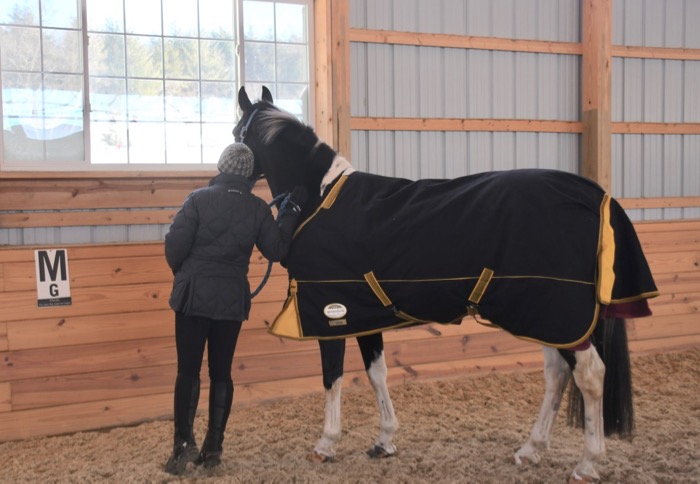 On days when the wind is howling or rain is banging on the roof and the sound can’t be localized, a noise-suppressing

can settle the nerves. 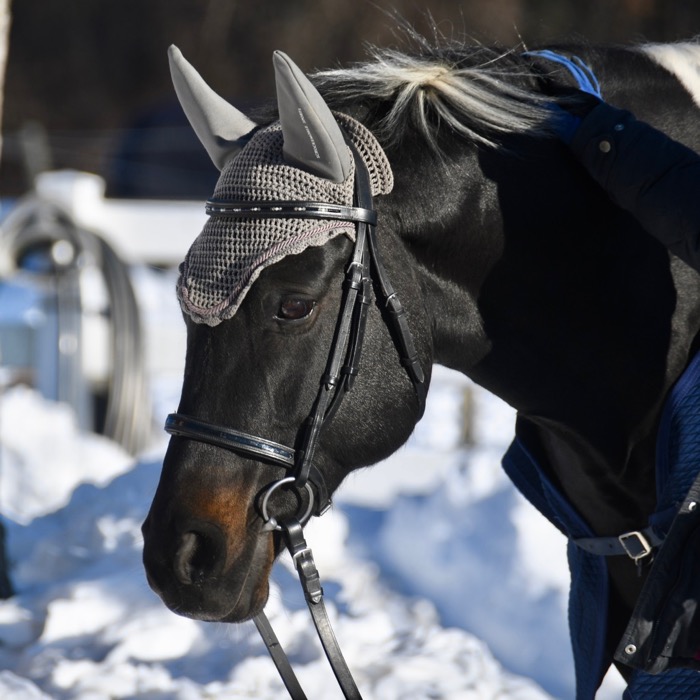 Finally, a word about ear floof. Personally, I think it’s adorable. It also functions to keep bugs and dirt out of those sensitive and hard-working ears. Leave it be! 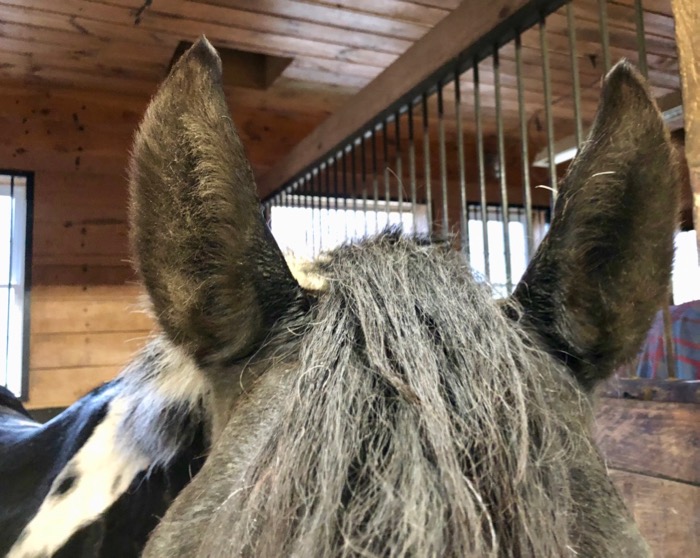 6 thoughts on “Your Horse’s Hearing”