I can’t remember not being horse crazy, but I grew up in suburban New Jersey where opportunities to be around horses were few. However, there was a local stable and my parents acquiesced to letting me take weekly riding lessons. In my teens, I went to summer riding camps, where I learned dressage and eventing. At the age of 16, I attended the Talland School of Equitation in England, where I discovered the satisfaction that comes from a perfectly groomed horse. Also while there I was exposed to the pinnacle of dressage – the owner of the stable was a Grand Prix dressage rider and international judge. While at the school I passed the B Pony Club exam. 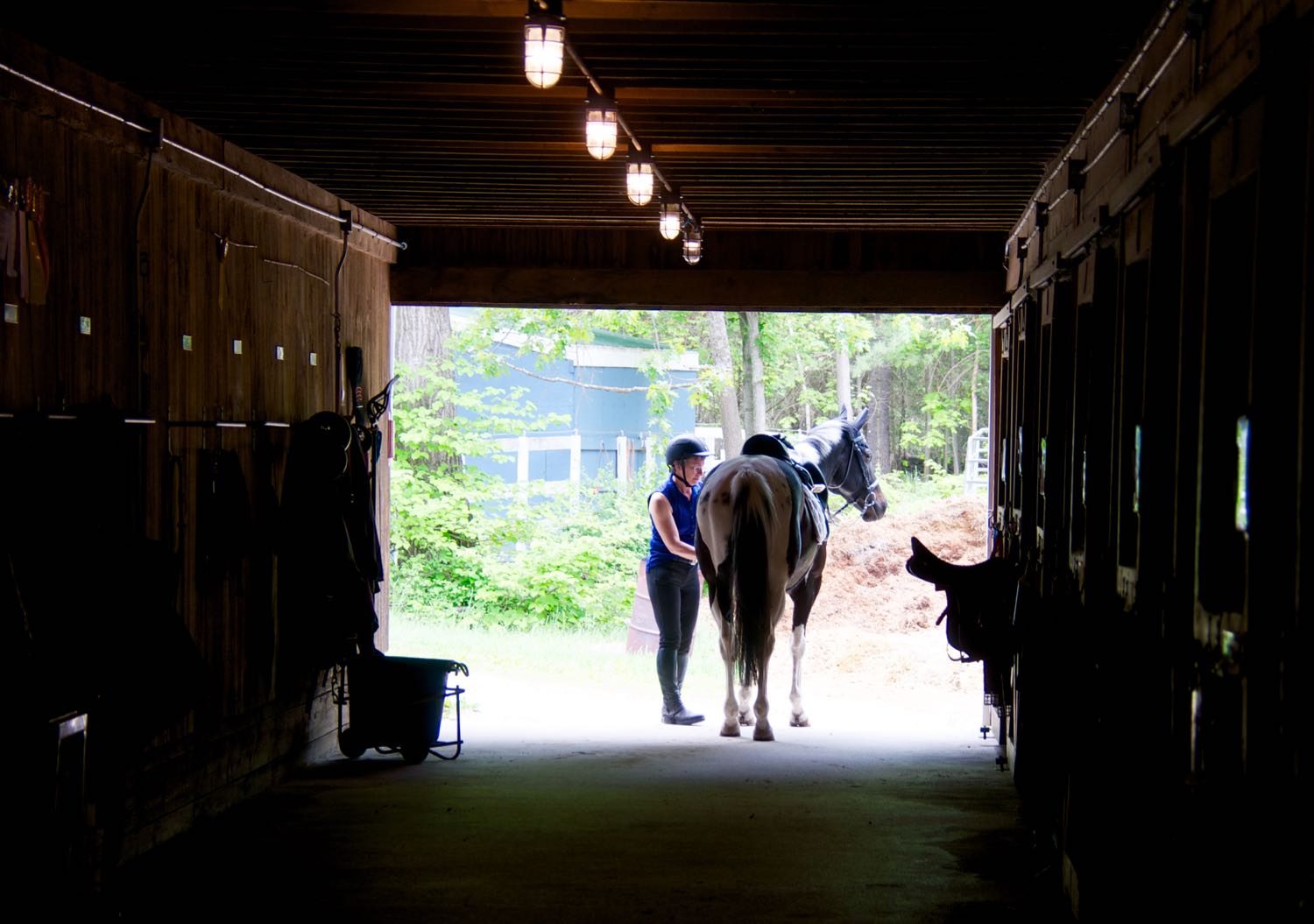 Back in the States, I bought a young gelding, worked on horse farms in the summers, and attended UNH from which I graduated with a degree in animal science. After college I had jobs in the horse industry, bought a mare that I brought up to second level, and lessoned with Louise Nathhorst (who would later get a bronze in the Olympics) and Jessica Ransehousen (also an Olympian).

By my thirties I had changed careers, became a food writer, married and had children. When I could, I would lease a horse. In the meanwhile, I had a dog that needed to stay busy and so got into agility. Through that I found my way to clicker training. Fifteen years ago, my path crossed with that of Karen Pryor (the scientist and writer who brought positive reinforcement into the public consciousness) and we have been firm friends ever since. Karen and I  have had many conversations about training theory. How I work with animals has been informed by her wisdom, and she always keeps me true to the science behind the methodology. I also have taken formal course work. In 2015 I graduated from the KPA Professional Training course, with distinction.

In 2013 I was able to return to horse ownership, and bought a 14.3 hh American Paint gelding named Tonka. I selected him for his kind eye. I intended to trail ride, but we found our way back to dressage. In our first year of showing we came in first or second in each of our ten classes. We closed out our second season ranked first in the country in the USDF Vintage Cup All-Breeds Awards for Paint Horses. But Tonka and I both like variety. We frequently get out on the trails. We’ve also taken up jumping. 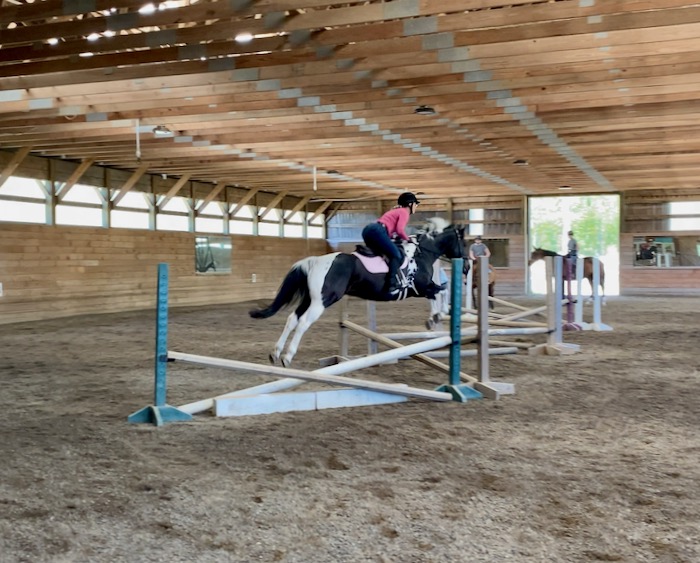 I continue to study horse behavior and ethology, and continue to explore how to have effective and kind communication with horses and other beings. Read my blog archives to find out more about my take on horsemanship. I live on a beaver marsh in southern Maine, so you’ll also see something about turtles and bald eagles!

Over the years I’ve trained with many top riders, including

Lectures and Presentations Given

Teaching Skills Using Positive Reinforcement: The Journey From the Skinner Box to the Operating Room, Montefiore Einstein Center For Innovation In Simulation Symposium, 2016

My good friend Karen Pryor and I have taken a number of multi-day writing retreats together: