Tonka had four days off last week, and when I got back on him he was gimpy. He mostly worked out of it, but if you looked closely you’d see a small head bob when he tracked left at the trot. This intermittent lameness is so frustrating! It’s difficult to diagnose the exact cause because it comes and goes. Of course when Monika our veterinarian comes out, either it’s not visible, or not severe enough to be able to do diagnostics like nerve blocks. Monika was already scheduled to see Tonka this Wednesday, so I’m actually hoping that Tonka will still show a consistent head bob so that Monika can get more information. Monika was coming out to do maintenance, like shockwave over the SI and hock injections. We were also going to do imaging of the angle in his front hoofs. A couple of weeks ago Tonka and I went on a five-mile walk down dirt roads. The loose sand in the footing was abrasive, and when we came home I noticed that his left toe was worn flat to his shoe. The right toe still had the small overhang of hoof wall that my farrier likes over the shoe. We already have him in pads to ease issues in the coffin joint. With information from the x-rays, my farrier might be able to make small adjustments to keep that left toe from dragging. 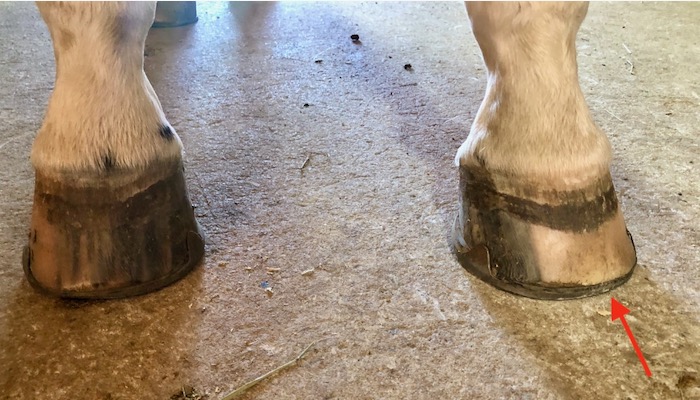 None of us are truly symmetrical or in perfect working order. We can’t expect that of our horses, either. Whatever is going on with Tonka, I don’t think it’s dire. He’s been going wonderfully. See how he is pushing off evenly with both hind legs, using his back, and keeping his front toes even? That’s not a horse in pain. (That’s a low 18-inch cross-rail. The effort that Tonka is putting in is his idea of fun and not necessary to get over the jump!) 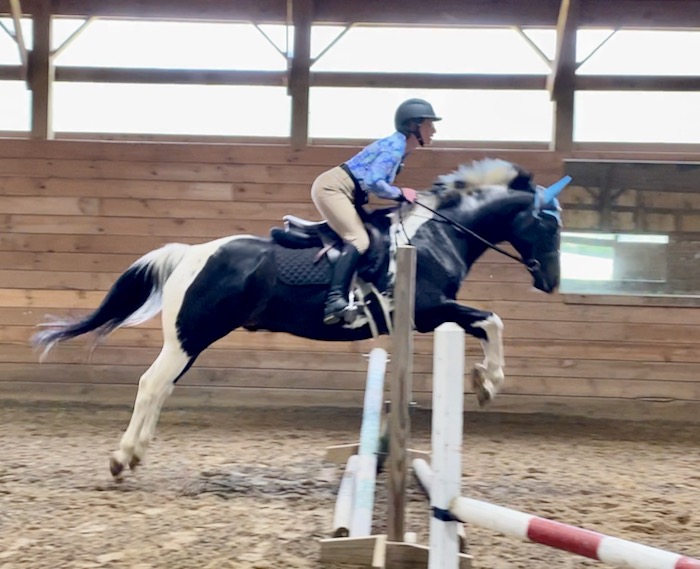 Yesterday I trailered Tonka home to Turtle Hill. It’s turtle egg-laying season, but they don’t come out midday, so it was safe to play in the field. Tonka felt sound to the right. 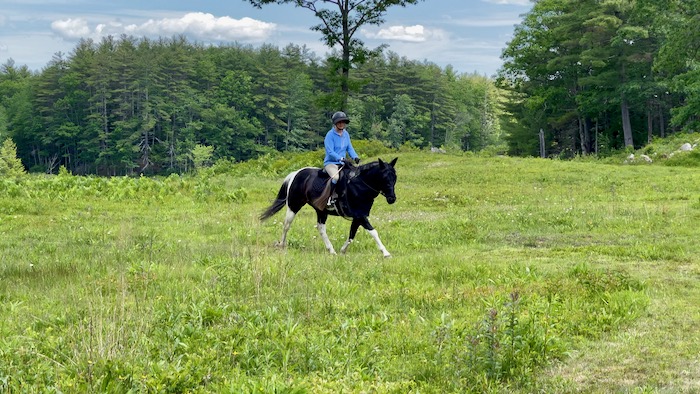 To the left you’d have to know what you were looking for to see a hint of head bob. 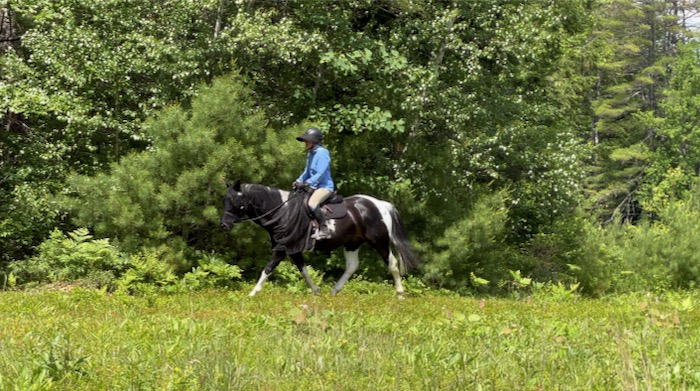 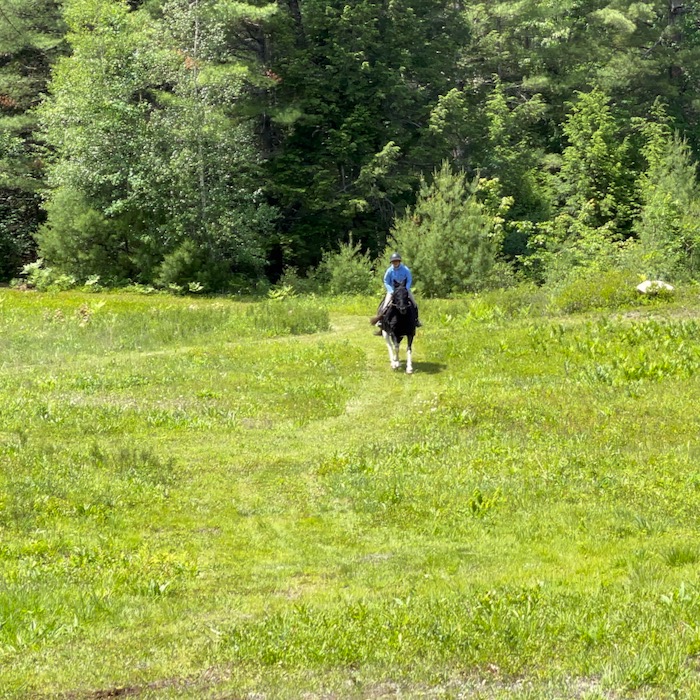 and power off of the hindquarters uphill. 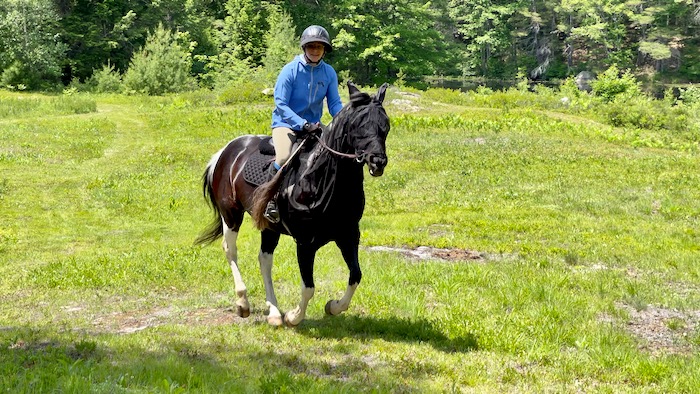 I’ll ride the next two days in the indoor arena. Which means good footing, but a space in which we do circles and turns. It’ll be interesting to see whether that exacerbates the head bob. I’ll keep him going, but no jumping until he’s 100 percent sound again. Which will bum my horse out. He does sulk when others are cantering over obstacles and he’s not allowed to join in! Hopefully, Monika will help Tonka get back to flying again. I’ll let you know!

3 thoughts on “Not Quite Sound”