A horse drinks up to 10 gallons of water a day, so to make sure that Tonka is never thirsty, there are two buckets in his stall. Each morning, what wasn’t imbibed the previous day is dumped out, the buckets given a quick swish with a scrub brush, and fresh water is put in. 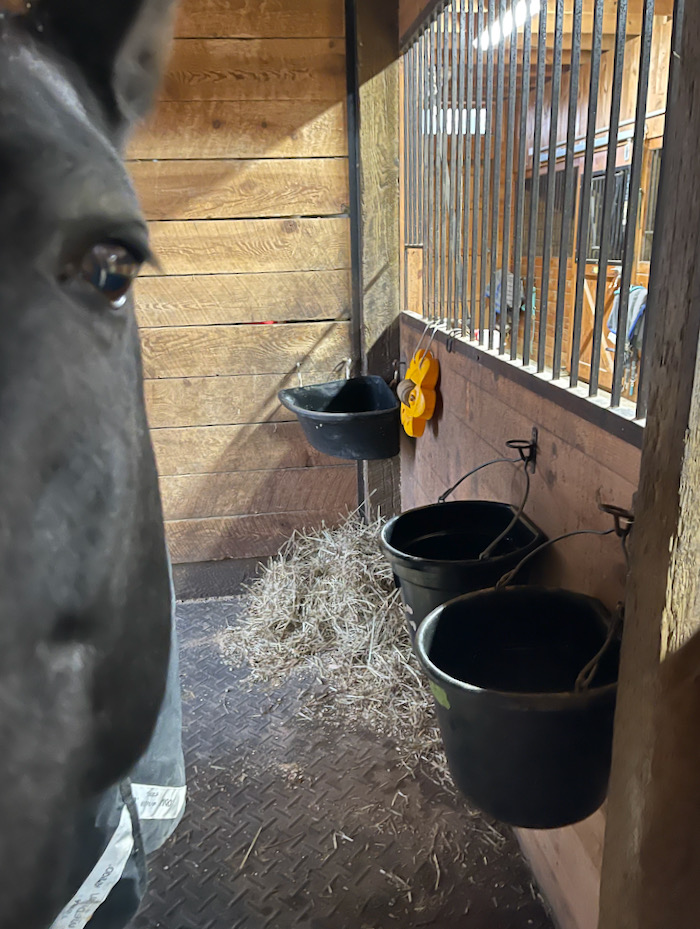 Both buckets are black. Not the same manufacturer, but similar plastic. Now that Tonka is on stall rest, I can see exactly what he’s drinking all day. I noticed that he was drinking only from the lefthand bucket. Every time I checked, that left one would be empty and the right one full. There was a bit of scum inside of the one he was refusing to drink from. Perhaps that was my horse’s issue. I scrubbed the offending bucket.

Maybe he only wanted to drink on the left? I swapped buckets. I watched as he put his nose into the left one, lifted it up, and drank out of the righthand bucket. For some reason that bucket on the left was still offensive. 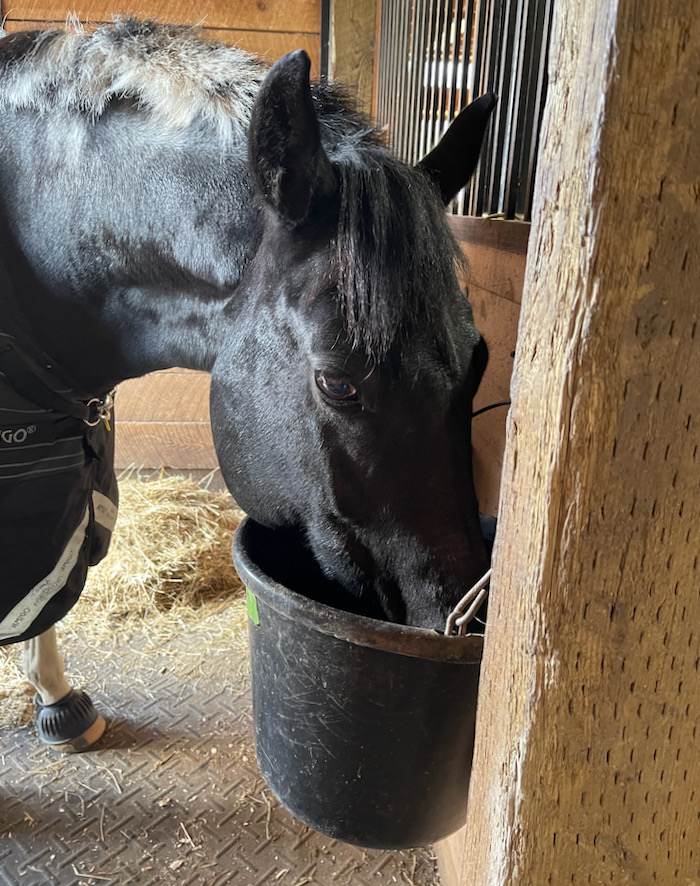 I have a water bucket that I keep in my horse trailer. I removed the “bad” bucket from his stall and replaced it with my own. Tonka is finally drinking out of both buckets. 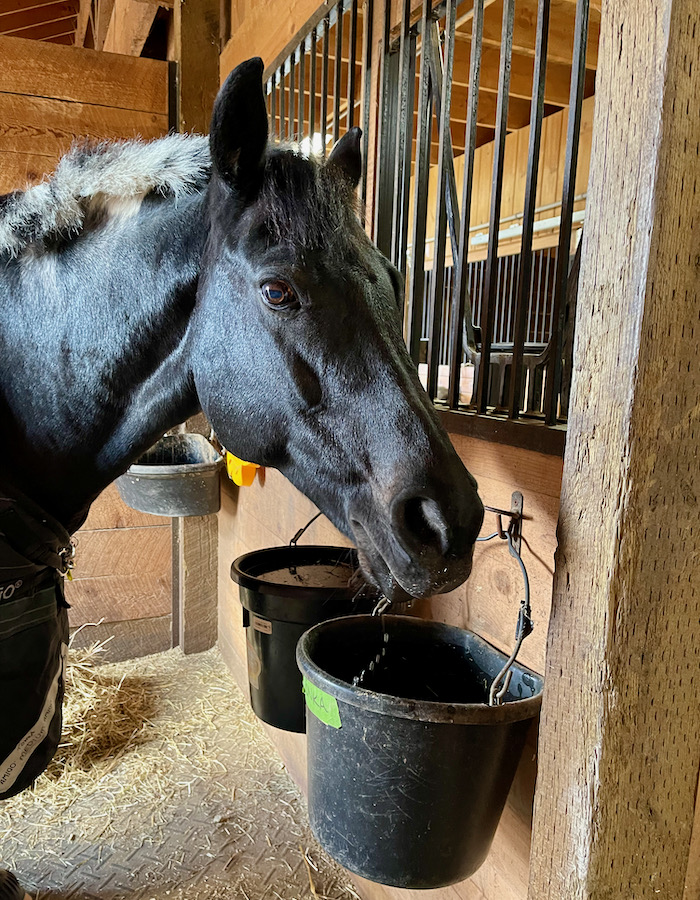 The rejected bucket will be used by some other, less discerning, horse.