In the more than seven years since Tonka and I have been a team, we’ve had niggling issues with soundness. Except for a couple of specific instances, it’s not been dramatic enough to come up with a clear cause or cure. I tell my veterinarian that he’s not 100 percent, but tests don’t show any one area that can be “fixed.” For example, Tonka has always done a toe drag with his left hind, and sometimes his right, too. He steps up cleanly, but then the toe drops a split second, picks up again, goes forward and then the hoof plants. Look at his hoof prints in sand and it’s obvious. You can see in this photo from two years ago the drag marks and also how his footfalls kick up too much dirt. 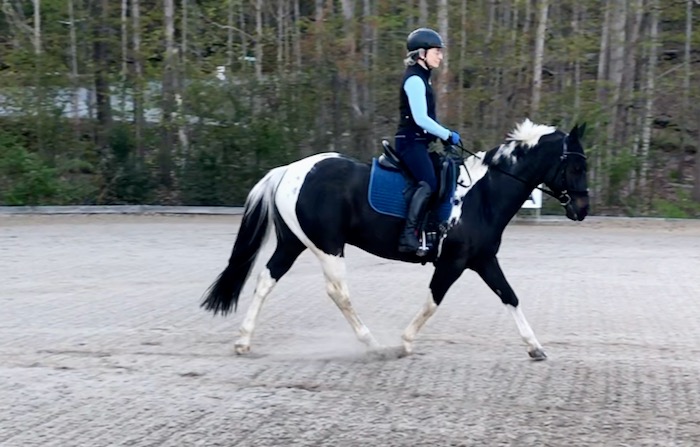 Tonka has had joint supplements, Adequan treatments, and hock and sacroiliac joint injections. Neck injections. Shockwave on his SI and back. I like to do treatments one at a time to see if they work. The joint supplements and Adequan didn’t appear to do anything. The injections maybe, possibly, had positive effects, but nothing dramatic. Meanwhile, Tonka goes along soundly, enough. Willing. Happy. But I’ve still had the sense that something could be better.

This year, about nine months ago, something did go definitively amiss. Tonka went noticeably gimpy on his left front. By the process of elimination, my veterinarian deduced that his coffin joint was bothering him. She injected it and Tonka went sound again.

Meanwhile, to improve our soundness and way of going, I’ve been paying attention to fitness, both mine and his. We’re doing a lot more canter work to improve his “sling muscles.” Those are the equivalent of a human’s core. Trotting on the flat doesn’t do it. You have to canter. Hill work also helps the horse carry themselves better and therefore be able to stride off on those hoofs without dragging them. Tonka and I have been getting out on hills and uneven ground. At home I’ve been doing more yoga and core exercises. We were going well.

About three weeks ago, though, Tonka began to be ouchy again on that front hoof. I also felt that he was being a bit protective of his back and wasn’t using his hocks as much as he could. I scheduled a “spa day” with the vet. Instead of doing treatments individually, we’d do them all at one time. Tonka had his left coffin joint and both hocks injected. He also had shockwave therapy done along his back and lumbar area.

I think that end result added up to more than the individual treatments! At the age of fifteen, Tonka is going better than I’ve ever seen him go.

Here he is in a stretchy warm up trot. Look how cleanly he’s striding out. 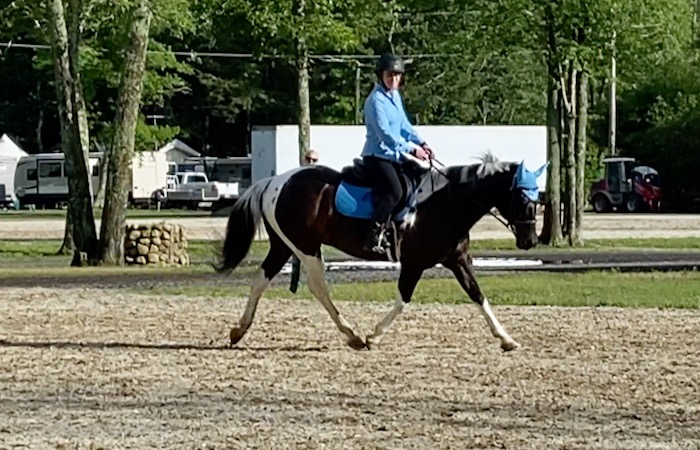 Coming into a warmup canter pole, Tonka is using his rear engine and light in front. 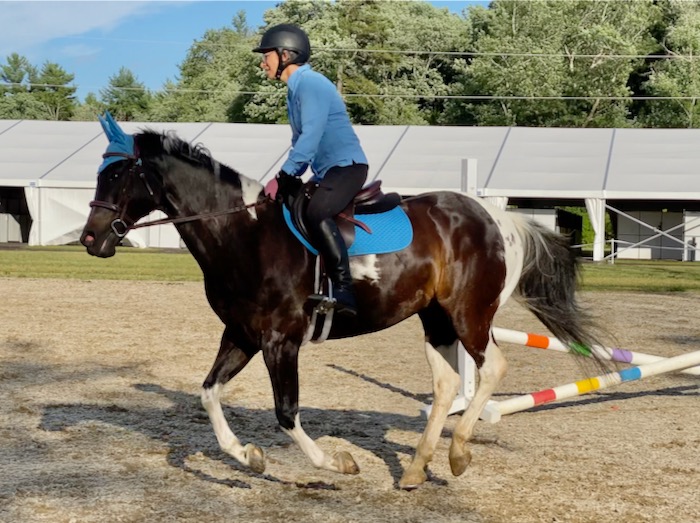 The real proof is in the sand. Today I rode outside in a light drizzle. The sand ring was a sloppy mess. But look at those hoof prints! Each print is a clean impression. No toe drags or dirt kicked up from lagging strides. Bad footing has never looked so good to me. 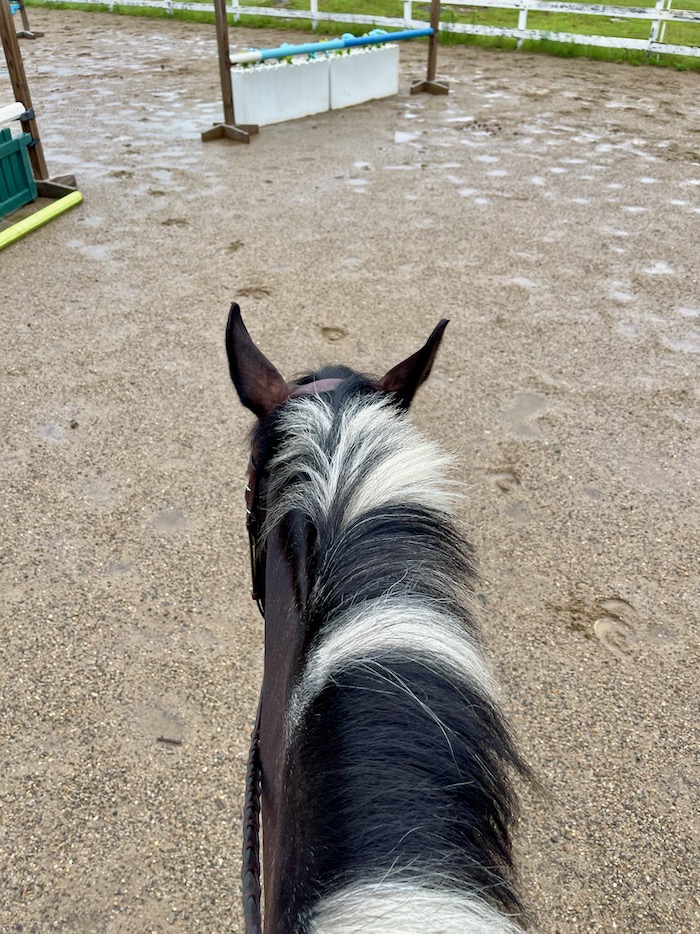 Do you pay attention to your horse’s hoof prints? Learned anything from them? Tell me in the comments!

4 thoughts on “Hoof Prints Tell All”