There’s not much that truly scares Tonka on the trail. He’s a confident, curious horse who likes to go places. We go out on our own, and even without the companionship of another horse, Tonka is levelheaded. Once in awhile he’ll spook at a sound or unexpected movement in the woods, but he’s sensible and will thoughtfully take stock of the situation before doing anything dramatic. Tonka is wary of a few things. For example, he refuses to go towards the sound of chainsaws. I think that’s sensible.

The one thing that can’t hurt him, but that he’s afraid of, is frogs! I discovered this one the first times that we went for a trail ride. I was feeling very pleased that my new horse was hacking out alone, and that I could ride on the buckle. The trail meandered through woods, and then became a dirt road with wetlands on either side. He wasn’t raised near bodies of water, and a pond in the scenery was a new experience for him. His head went up and he walked more quickly. Suddenly something small and dull on the road that hadn’t been on our radar, leapt in front of his nose and into the water. Frog! Tonka went on hight alert. Who knew there were small dangers in these places? There was snorting and prancing. Since then, he’s become more sanguine about walking near streams and ponds, but really, really doesn’t like it when frogs plop about.

Over the years I’ve worked with Tonka so that he goes through water. This was our view yesterday. A long stretch of water on this dirt road didn’t faze him. 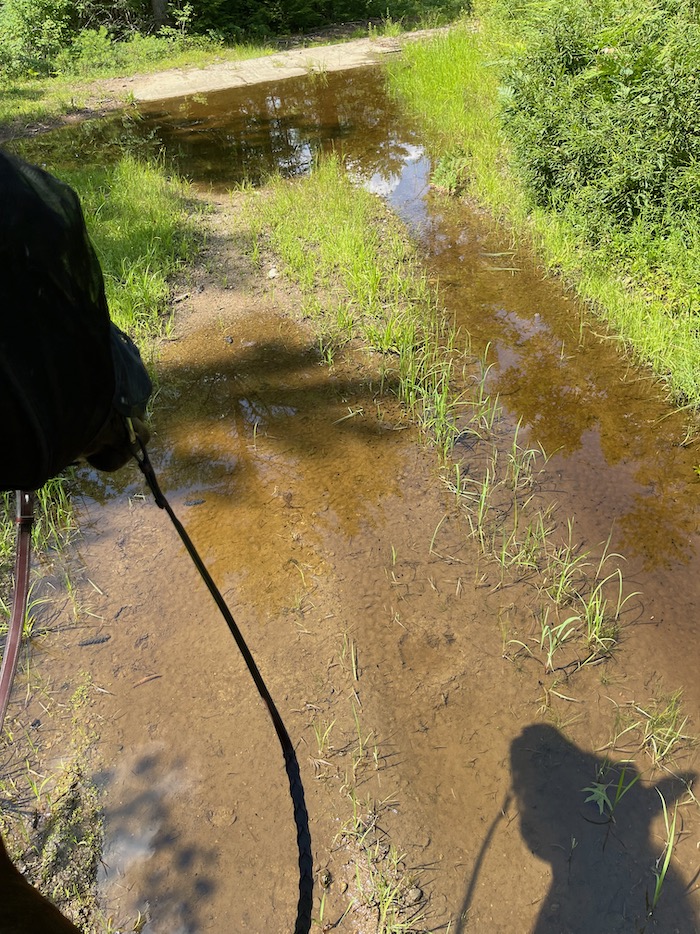 It was a good thing that Tonka didn’t know what the black squiggles were! See them near the grass? 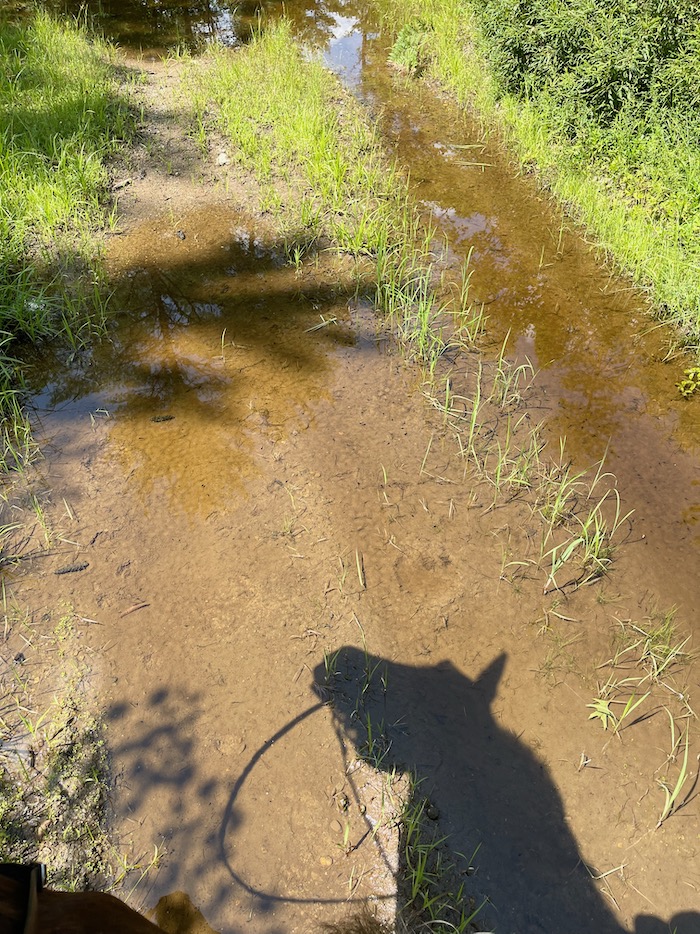 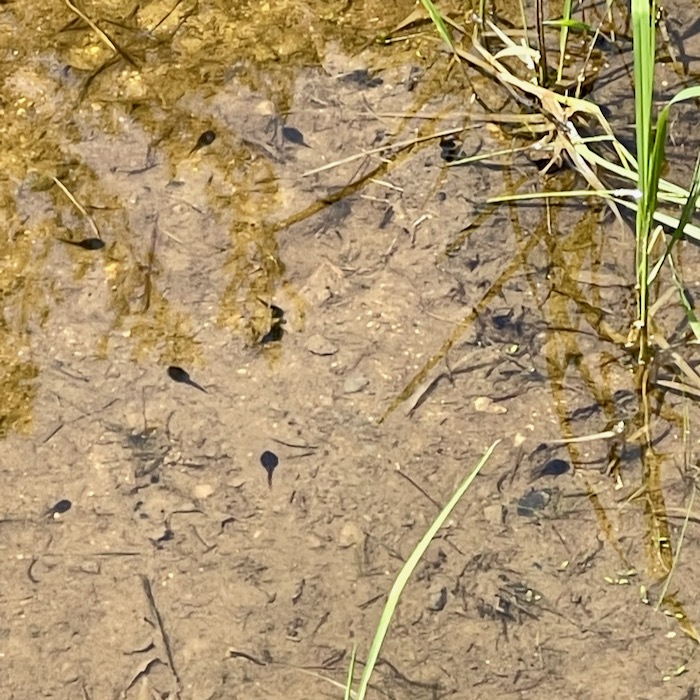 I don’t know if these are toads or frogs. I do know that later in the summer the wetlands retreat further into the woods. The trail should be frog-free. We’ll see!

This road does lead out to a pond, where I’m sure there are frogs. So far, though, they’ve stayed in the water and haven’t scared my horse.

What seemingly silly thing worries your horse? Tell me in the comments!