I wrote about this last winter, but I’m doing it again. I have a fix for static shocks at the barn. It has truly changed my relationship with Tonka.

Tonka is a smart horse who makes connections. He hates static shocks. He knows they don’t just happen out of the blue. He knows that they occur under certain conditions. In winter. When his person is removing his blanket. Or patting his neck. Or brushing him. Tonka connects those hated shocks with me. I’d get this face. 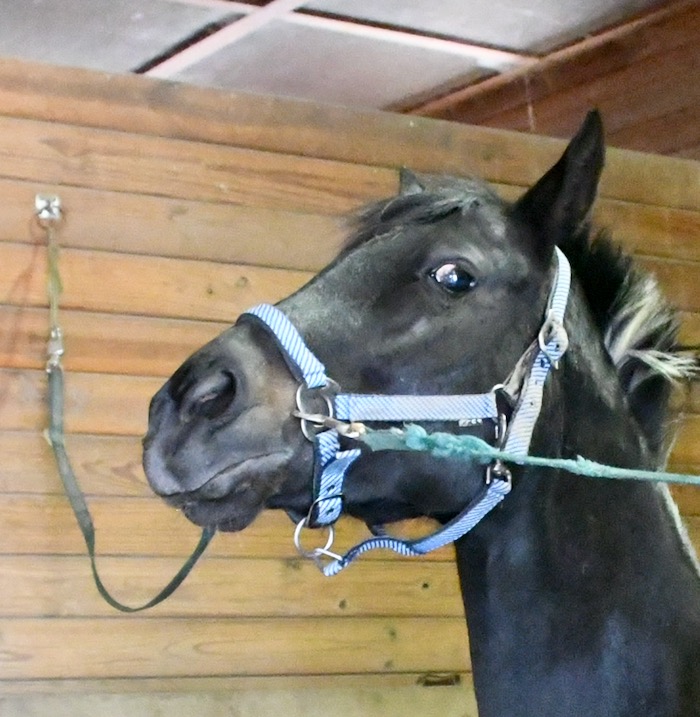 Tonka is usually this happy when I’m scratching him. (When a horse twitches their nose to the side like that it’s as if they’re saying Ah! Right there! That’s the spot! 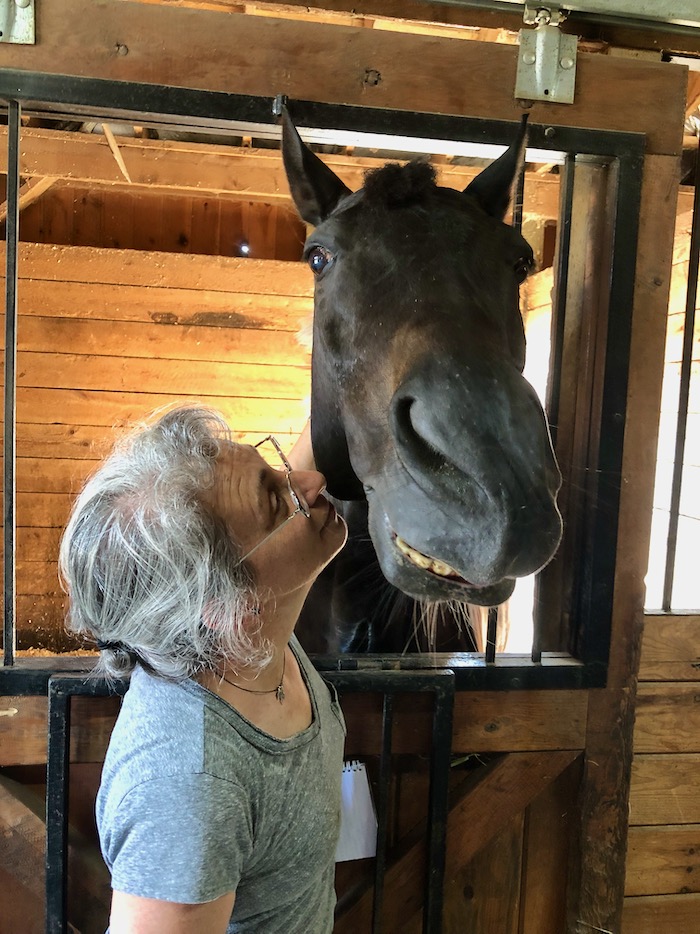 But come winter Tonka would panic if I so much as raised my hand near his shoulder. Then, two years ago, I zapped Tonka while he was in cross-ties. He backpedaled, felt pressure on his poll from the halter, panicked, broke the ties, and flew backwards as if slung out of a slingshot. We were both lucky that neither of us was hurt. It took a lot of patient work on my part to help him to recover from that. It took weeks to get him calm in the section of the barn where that incident happened. If he so much as heard the sound of the crosstie clip, he’d look fearful. We did get to the point where I could tie him. I wanted him to be sane and safe just in case someone does it without my permission. But these days, I ground-tie Tonka. He’s perfect. (But that’s a side story. Read more here.) 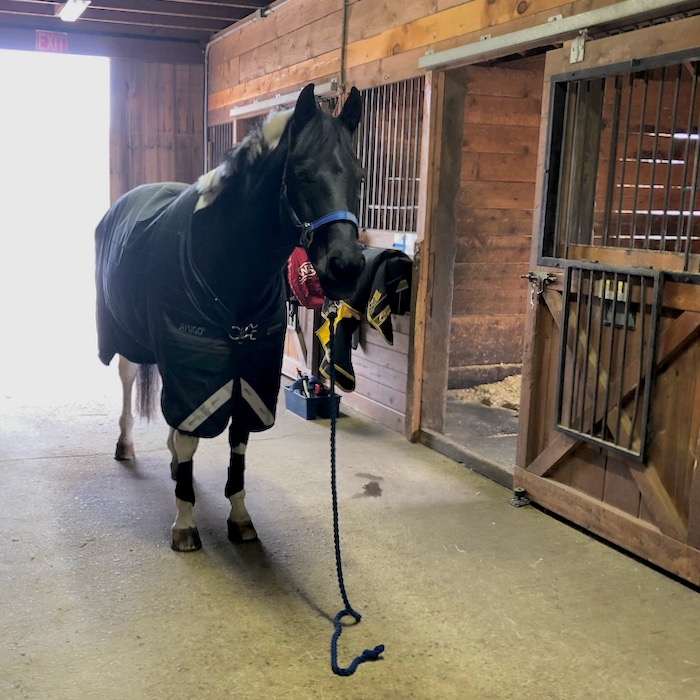 I knew that I had to stop zapping my horse. Tonka was never going to get used to it. If anything, his reaction was only going to get more dramatic and dangerous. For him and for me. Besides, it made me sad to have my horse be so fearful that he showed the whites of his eyes when I approached. I researched antistatic sprays. I concocted one. It works.

Here is the formula:

The witch hazel provides moisture without getting the horse cold and wet. It evaporates quickly. It likely has beneficial properties which is good for the skin. The glycerin helps the witch hazel stay put and to provide extra anti-static lotion. The aloe is soothing. 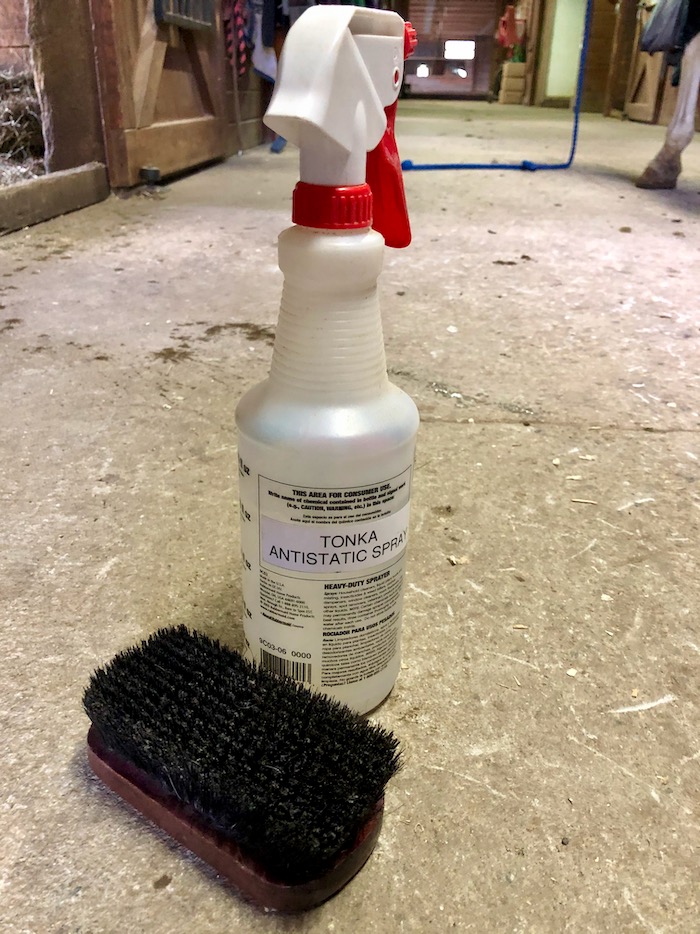 You can spray the undersides of your blankets and quarter sheets with my antistatic spray, however, it’s not long-lasting. Tonka so hated having his blanket removed, that he’d twitch and move away if I reached for the buckles. Now, once a week, I spritz Downy on the insides of his blankets. No more static shocks and Tonka stands calmly while getting dressed and undressed. (I’ve tried other brands but I find their scent too strong.) 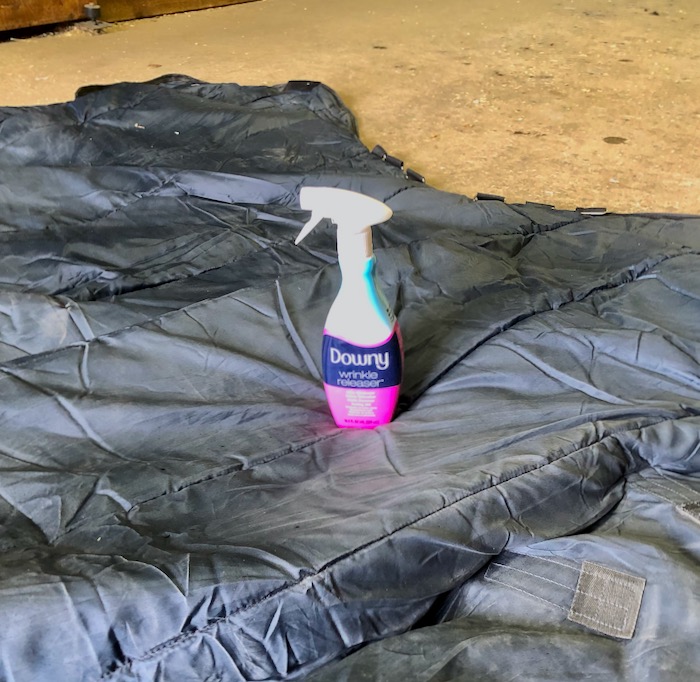 There’s a bonus to my antistatic spray. It cleans off stains. In the winter without water! Tonka has white hocks and likes to keep them warm in manure while he naps. Somehow he manages to get his white butt stained, too. Under the blanket. 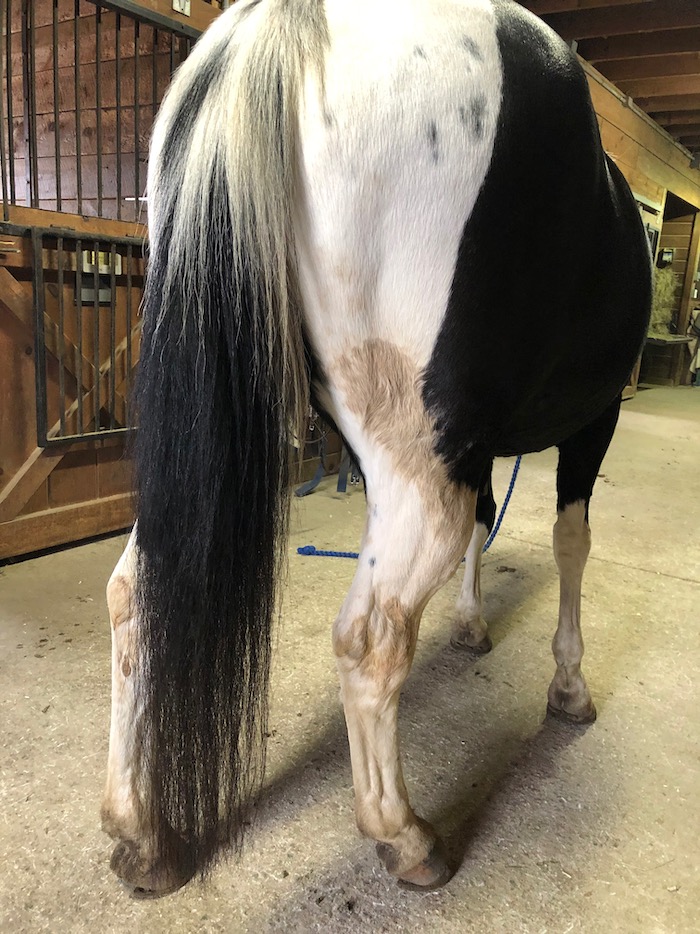 All I have to do is spray and brush, and he gets this clean. It’s not the same as a whitening shampoo in the summer, but in winter it’ll do. 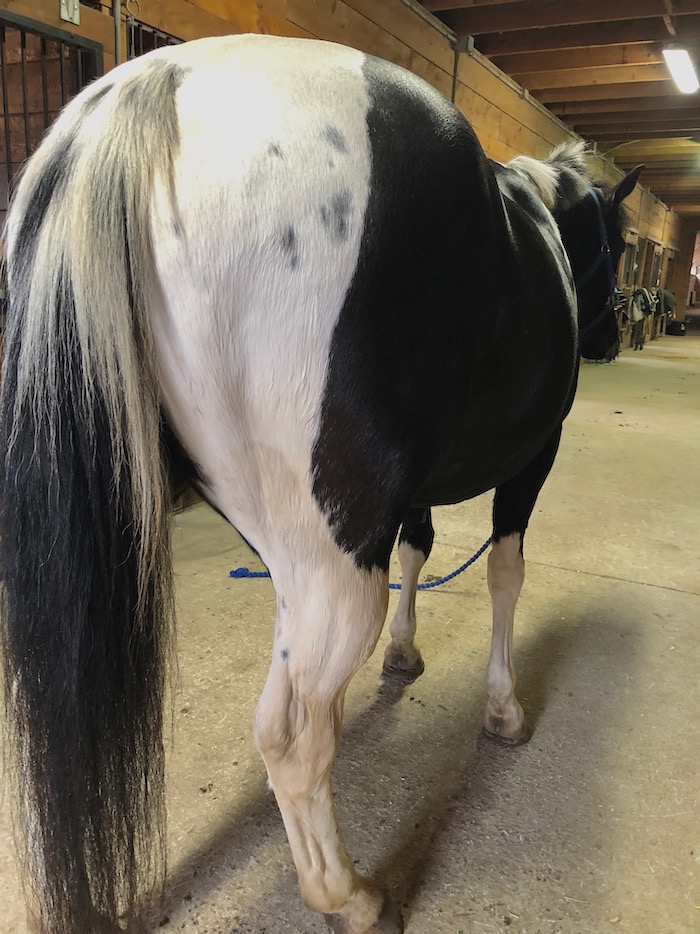 Also note how shiny clean Tonka looks. This is his cold-weather coat. His doesn’t get too furry, but it does go dull from winter dandruff. My antistatic spray spritzed lightly on him while I groom enables the brushes to get the dirt and dust off. Bonus is that the aloe and glycerin moisturize his coat. Shiny, even in winter! 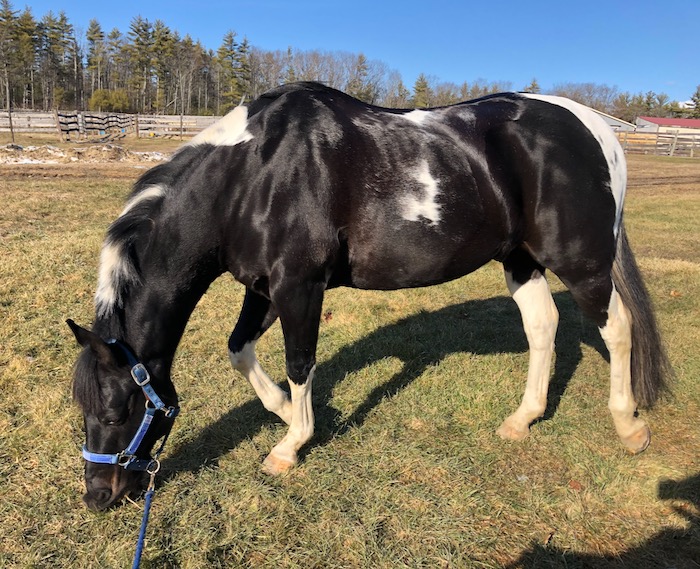 I hope this helps! Let me know in the comments if you try my antistatic spray.