Porcupines are solitary animals and stay that way by defending their territory. If you see two porcupines at the same time and it’s summer, you’re probably seeing a mamma and her porucpette. Or if you see (and hear) porcupines interacting, you’ve likely caught the action during breeding season. Occasionally in winter porcupines will den in the same place, but that’s usually because in that landscape there are few good sheltering options for them. Our home at Turtle Hill is the home base of a large female porcupine that I call Po. We see her frequently. Our wildlife cam documents her padding down the trail over the stream in the woods. (That’s a leaf stuck to her quills. Adorable!) 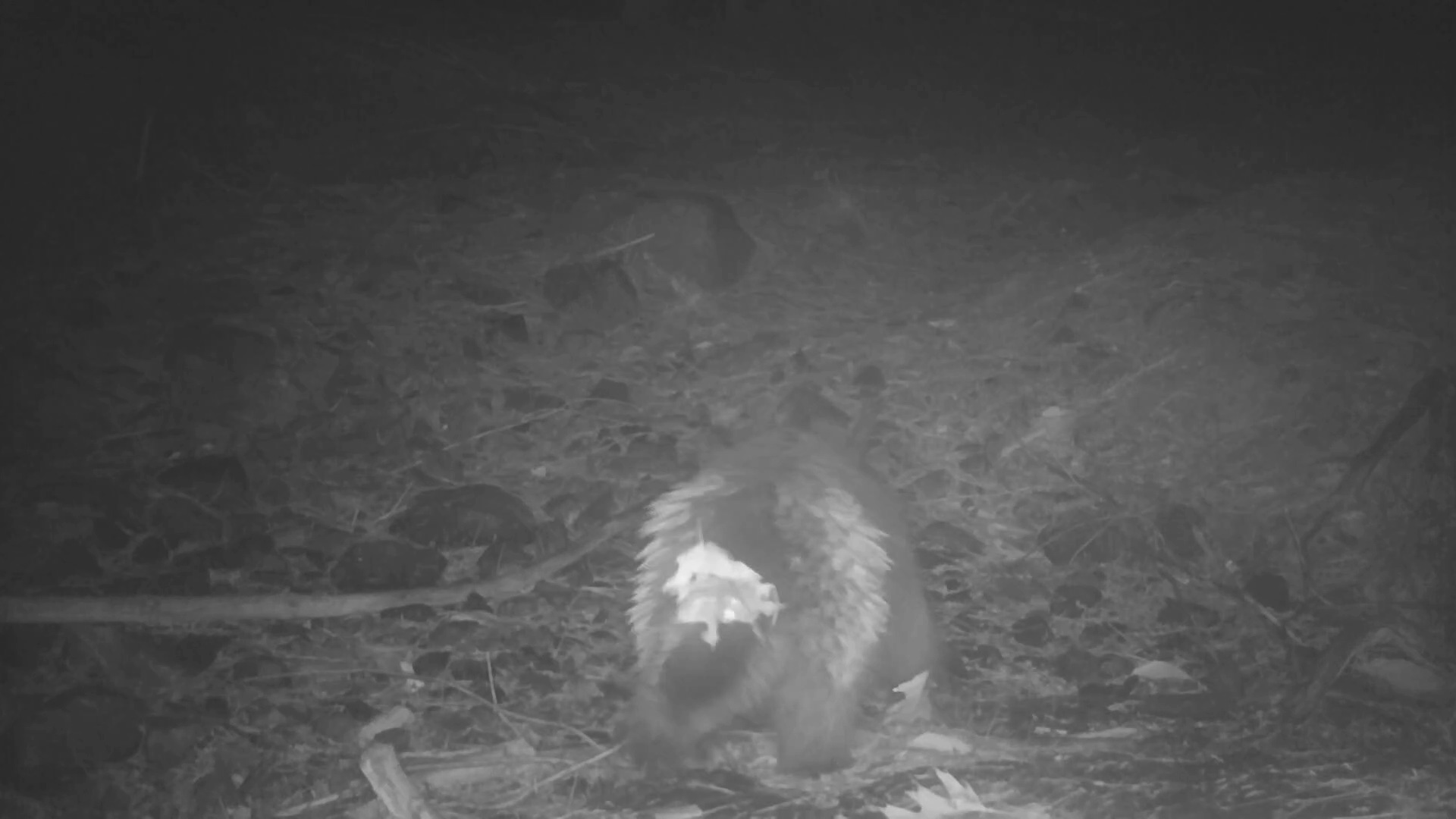 We see Po dozing in the trees and we see evidence of her messy dining habits by the niptwigs on the ground. Po often grazes on the lawn in our backyard. This summer she had a baby. Porcupines are good mothers (the father isn’t involved in parenting), but they don’t spend a lot of time with their offspring. Very young babies nurse only once daily and are parked at the base of a tree during the day while the mamma sleeps in the branches (if you see what appears to be an abandoned porcupette, don’t “save” it! Mother is nearby!) As the baby matures it follows their mother on foraging expeditions and are taught good things to eat, and learns to climb trees, too. By fall the youngster has matured enough to find its own territory.

This week a porcupine was munching on the grass in the backyard. I assumed it was Po. Steve went out to take photos. 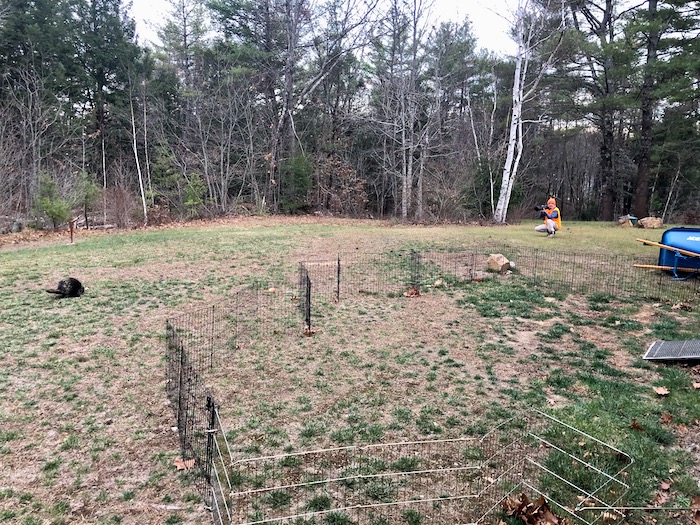 I rolled an apple over to the porcupine, which is this species’ favored food. 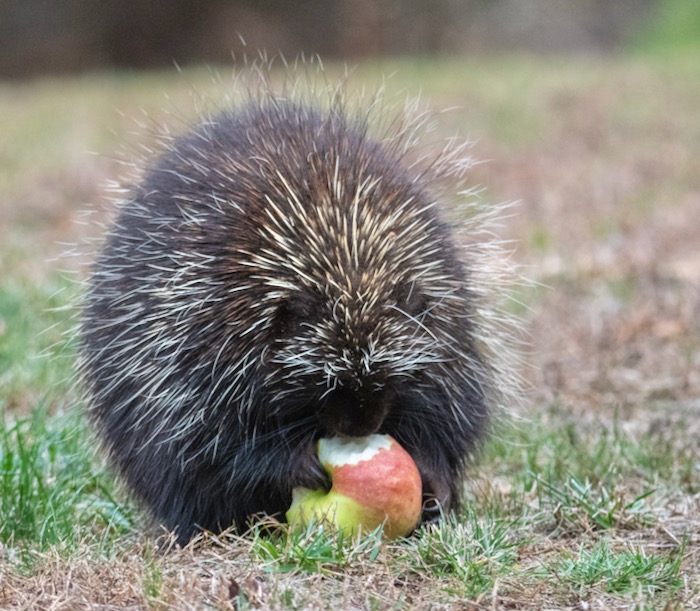 To the casual observer, porcupines look alike. I assumed that this brown ball was Po, but a few minutes of watching him revealed that this was likely Po’s porcupette, all grown up. I’ve named him Clover. I believe it’s a boy because porcupine females disperse further afield than the males. 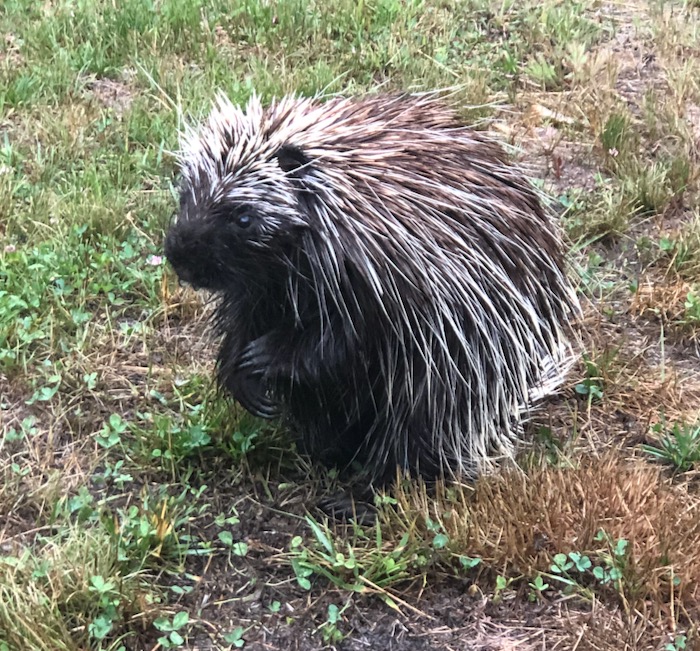 Note that delightful smushy face. Take a look at Clover. He has a narrow nose.

He also has finer fur and his quills are more brown than white. Overall he’s smaller. 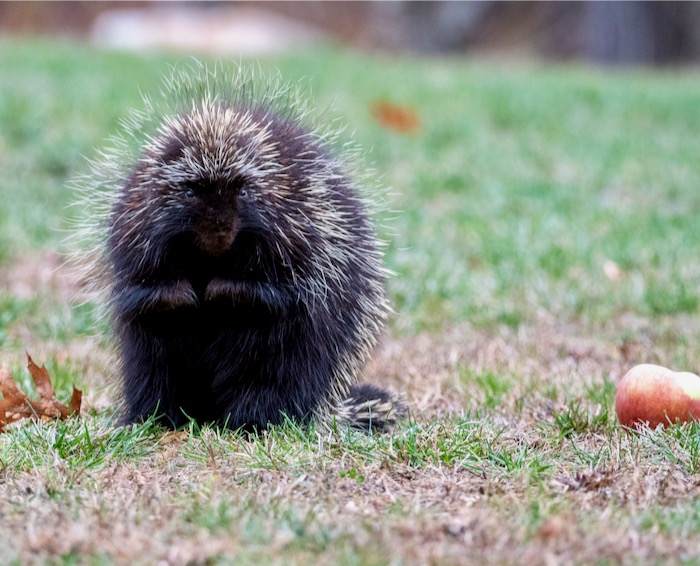 Porcupines tend to be more active at dusk and nighttime, but Clover has been around in the afternoon. Yesterday he spent an hour grazing in the front field. Clover already knows that no one bothers a porcupine. Not even the people in the house. 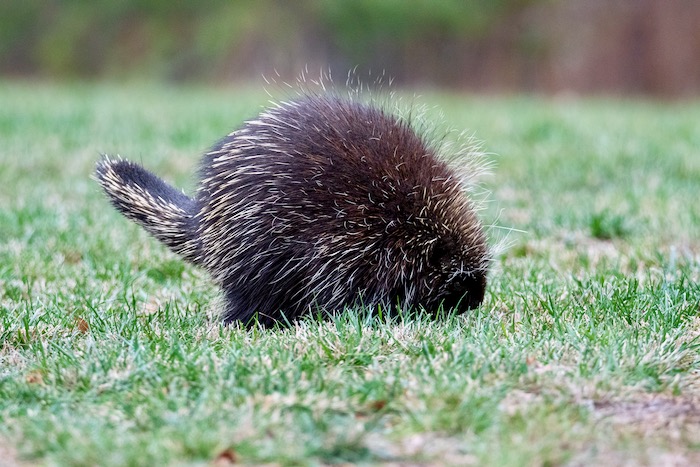 Clover is cute, but I’m rather attached to Po. Sometimes Porcupine territories overlap. Perhaps that’s the case and she’s waddling around nearby. Porcupines in the wild can live into their late teens. Po has the look of a grand dowager. I’m hoping for a few more years of observing this matriarch of Turtle Hill.

10 thoughts on “Who’s This Porcupine?”