Steve and I live on a hill facing a beaver marsh in southern Maine. 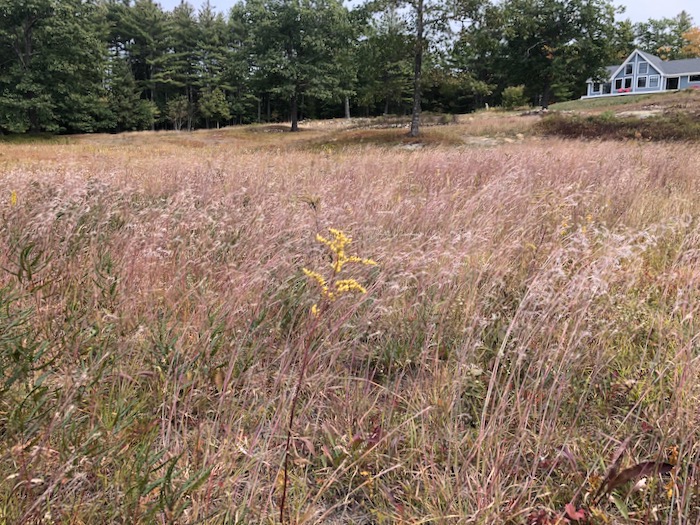 You expect to see a lot of wildlife, and we have. Eagles, harriers, hares, coyotes, muskrats, beavers, ravens. Dragonflies, hummingbirds, beetles and bees of all sorts, mosquitos. We named our eleven acres Turtle Hill because the sandy and sunny slope is prime turtle breeding ground. We’ve seen painted, spotted and snapping turtles. There’s one more species that we knew was here but never expected to see. It’s shy. Stays more in the woodlands. There are very few of them. The best guess is that there are only five of these per square mile. The Blanding’s Turtle.

The Blanding’s Turtle is an ancient creature both in its natural history and its individual life. It doesn’t reach sexual maturity until it is fifteen years old, but then it can keep breeding its entire life – to 70 years or so. It has few successful hatches; longevity is its strategy to continue the species.

The population has never been robust, and now the turtle faces great threats. It needs vernal pools, which are in decline. It needs woodlands and wetlands, which are now criss-crossed with roads. Cars kill. Its predators, such as skunks and raccoons, who eat the eggs and hatchlings, are on the rise.

Turtle Hill backs up onto 4,000 acres of conservation land. There used to be hiking trails directly behind us, but those have been allowed to get overgrown, specifically to protect these turtles. Our house is on a dirt road. It’s not paved in an attempt to slow traffic to reduce turtle roadkill. I’ve talked to biologists who work in this area. Many have never seen a Blanding’s Turtle, but they’re working to keep them safe.

Last week I saw my neighbor, her young daughter, and their elderly small dog on our shared drive. The dog had alerted them to a large turtle heading from the woodlands towards our field and the marsh. It was hunkered down by these trees. 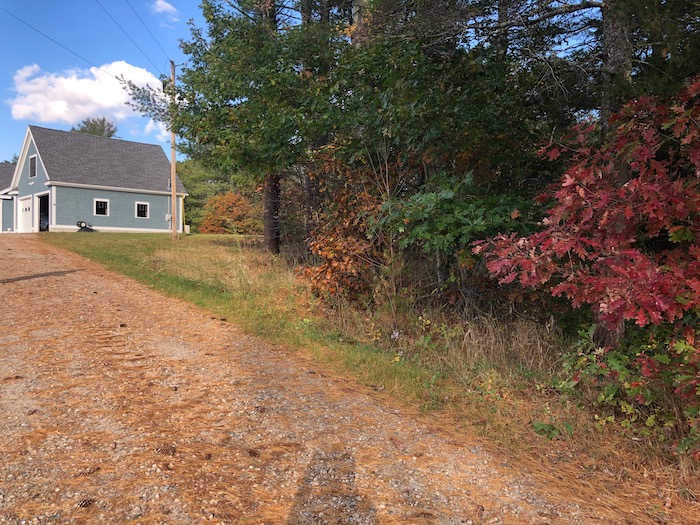 If it hadn’t been for the dog (who is not known for being particularly alert, so this was amazing!) we never would have known that the turtle was here. (It’s behind this tree, not visible in this photo.) 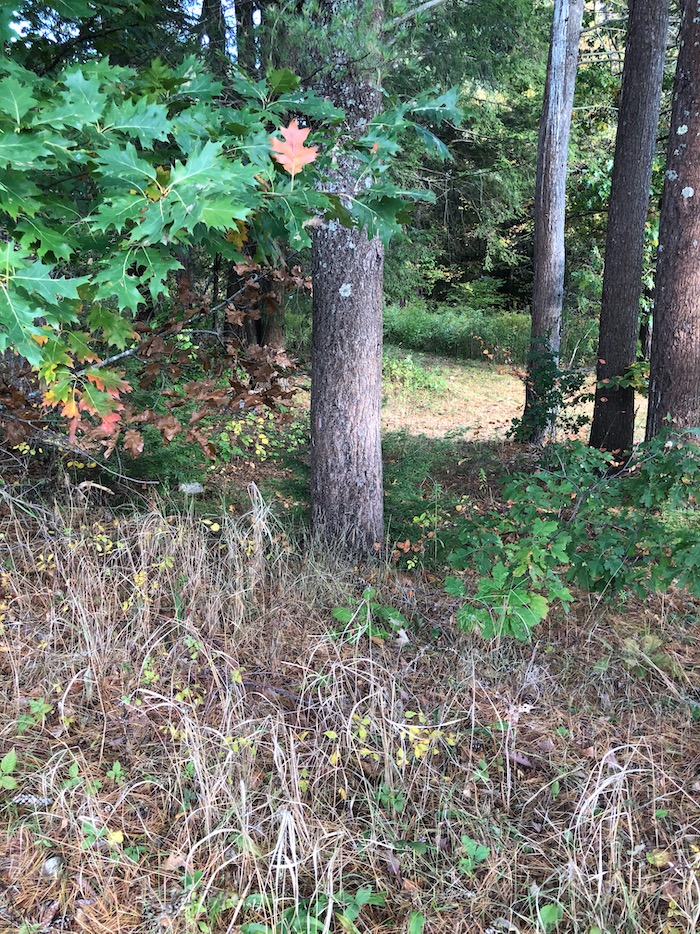 He (males have yellow under the neck, females yellow extends to above the jaw) looked at us while we looked at him. 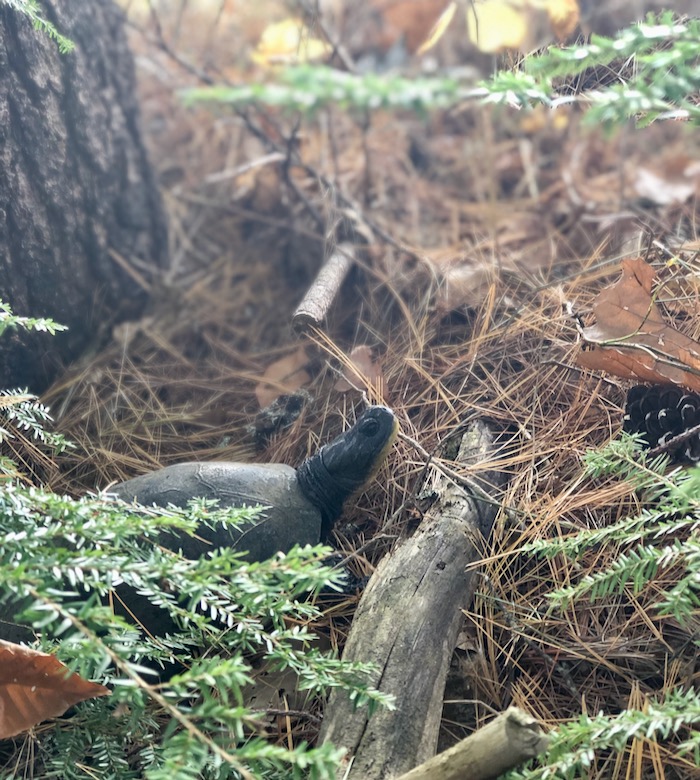 Blanding’s Turtles are not box turtles. They have a partially hinged plastron but can’t tightly close their shells up around their body. They rely on stealth. Intelligence helps. They certainly learn a lot about their world in their many years quietly moving through the forest and wetlands.

Their sense of smell is excellent. Far better than their eyesight. Here Mr. B is getting a good whiff of me.

I don’t know his age. After maturity they mostly stop growing. His shell, though looks like he’s been around for many years. (I don’t know how long that snail has been going for a ride!) 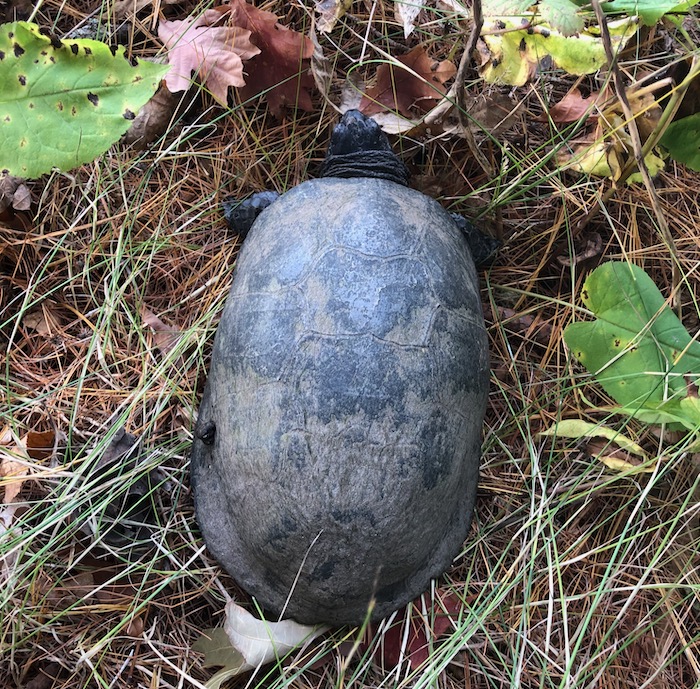 Look at this face! 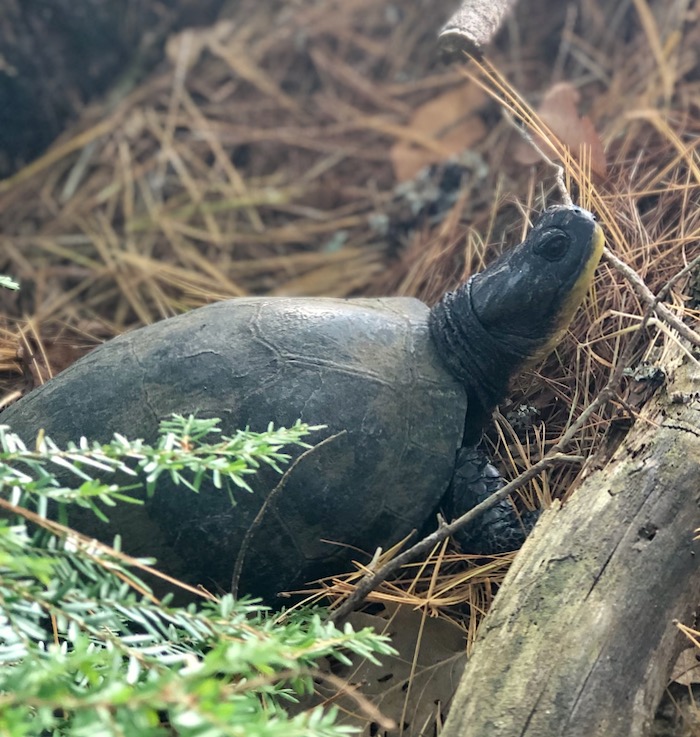 We took photos but didn’t handle him. Mr. B. walked a few feet to the base of this hemlock tree and burrowed his backside into the pine needles. If we hadn’t know where to look, we never would have seen him. 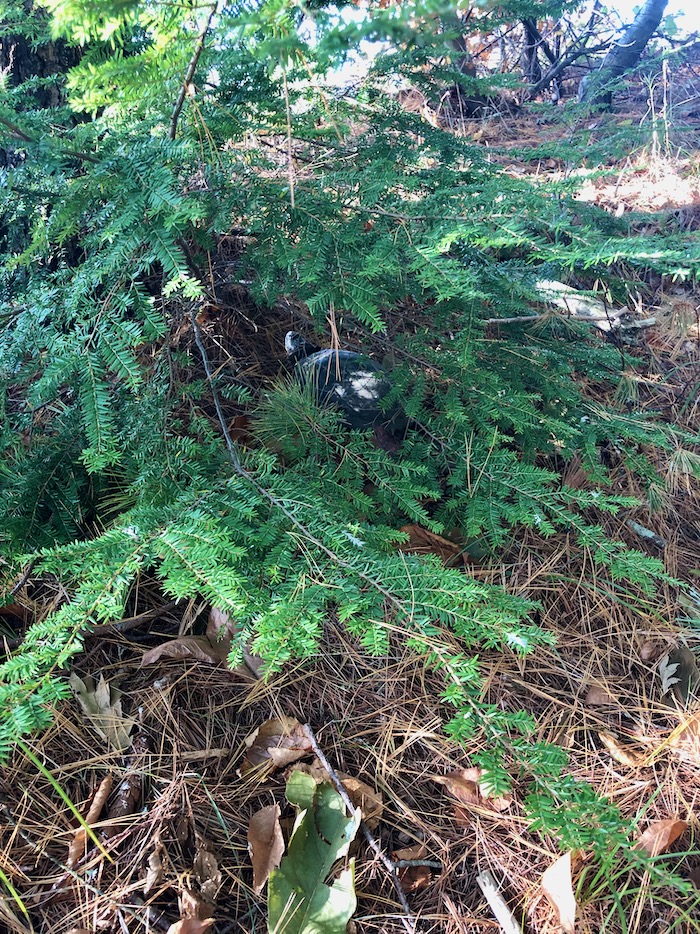 I had groceries to put away, so thought I’d go check on Mr. B in a half-hour. I figured turtles are slow, and Mr. B would stay put in his pine hidey hole. I was wrong. Clever turtle. By the time we went back out, he was already gone.

I don’t expect to see a Blanding’s Turtle ever again but it’s oh, so wonderful to have met Mr. B this one time. 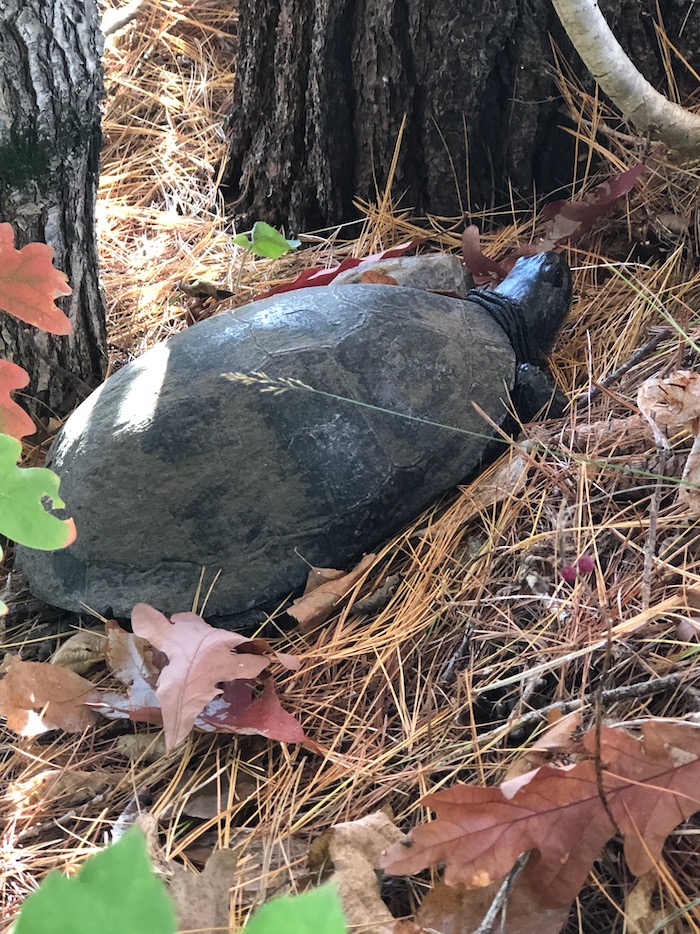