Even Tonka, a most sensible horse, will spook. When I first got him, when scared, he’d scoot sideways, then, after a high-headed giraffe imitation, if he deemed whatever up ahead was scary, he’d back up. He backed me into stonewalls and trees. He would have backed off a cliff if there was one. He no longer hightails it backward when scared. I trained him that there were other, safer options. But, he’s a horse. No horse is bomb-proof. There are times when something startles him, and this happens.

It’s not a big deal because he quickly settles down. His spook doesn’t escalate because of how I ride it.

Despite sudden movement, I stay balanced over Tonka’s center. This is important. Not only does this keep me safely in the saddle, but it makes Tonka feel secure. If I was flopping sideways off of him, it would add to his anxiety. When I was in my teens, I had many lessons on a lunge line. I also learned to jump without reins and stirrups. You stay on with balance, not clenching the legs, not holding onto tack. That feel has lasted me a lifetime, but I still go for tuneups. I’ve just scheduled a lunge lesson on a school horse at a local barn.

When Tonka spooks, I look at what he’s looking at. We face the scary place. 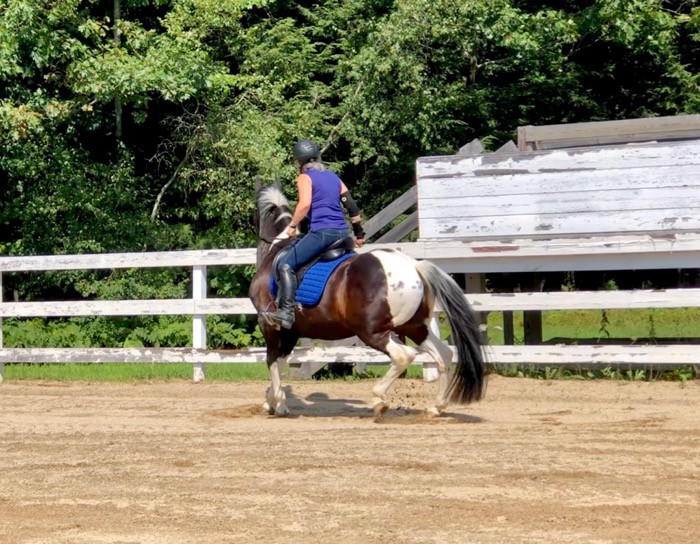 I determine that all is okay. We move on. I keep my horse straight with my legs. I let him know that I’m not worried by keeping light rein contact, not tightly holding back in anticipation of more antics. I might flick off a fly. I breath slowly. The truth is that I can feel him on the verge of bigger explosions, so I’m still on edge. I don’t want to be dumped. I’m always aware of the risk of being on a thousand-pound animal with a mind of his own. But, what I convey to Tonka is that I am fine and that he will be too. Communicating this to a horse takes training and experience. I’ve ridden many young and worried horses and have developed the muscle memory that when they tense, I relax. It’s sort of a zen thing. A horse’s fear triggers my calm body language, and that is what defuses the situation. 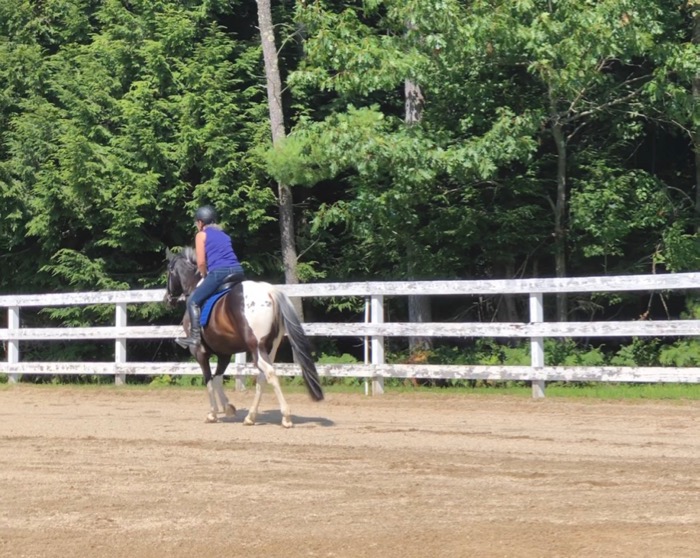 It helps to smile. 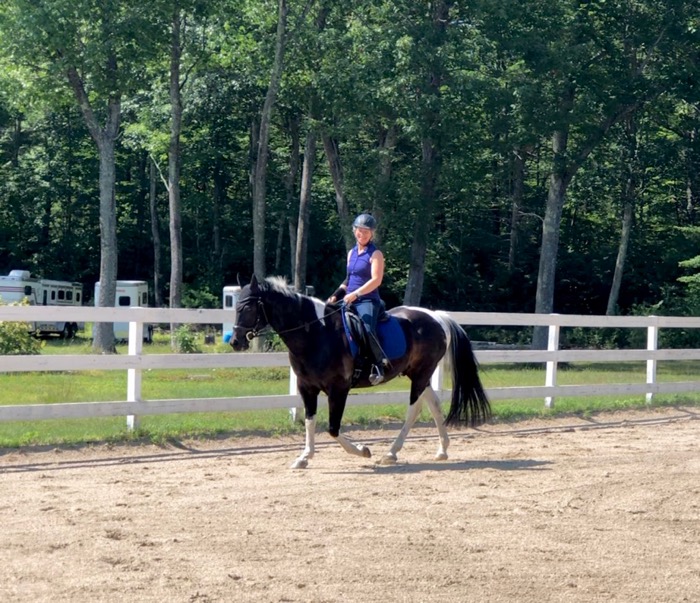 Your horse can feel it.

After a spook, I assess the environment. There had been a noise behind the old white judge’s stand. It had stopped, however, the sprinkler system repair guy had arrived at the same time and was fiddling with gear on the fence line. I had no idea what this man was going to do next. Power tools? Turn on water? 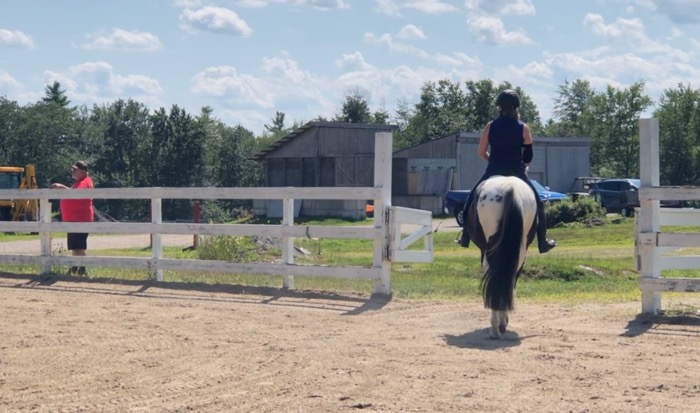 I could have ridden Tonka through it, but we did the prudent thing and headed out. Tonka and I had a nice ride in the field, instead. 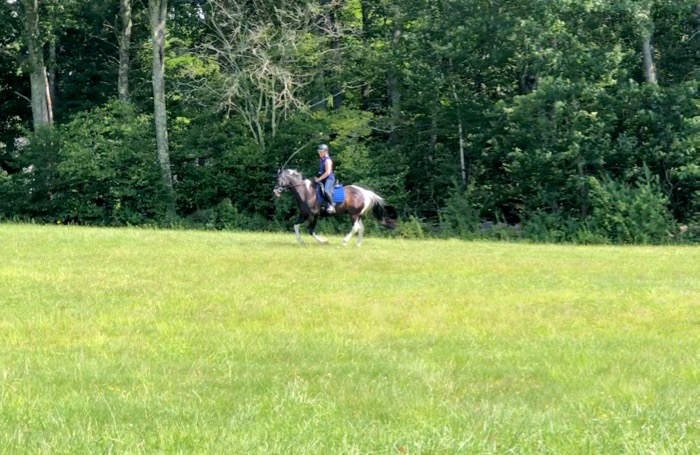