A horse’s health is intricately tied to what they eat and what they weigh. When Tonka moved barns at the end of May, his diet changed. Both stables provided the right amount of high-quality hay, but it was different. The first was mostly timothy, the other, grass. One supplier from Canada, one from Maine. Tonka gets very little grain, mostly a ration balancer (protein in a pelleted form), but one barn fed Poulin, the other Nutrena. Tonka was turned out in grassy paddocks at both stables, but what grows in each place isn’t exactly the same.

I wanted to make sure that I wouldn’t miss early signs that Tonka’s diet in Maine was affecting his health. I see Tonka daily, but that means that I might not notice a change in his body condition. Live with someone, day in and day out, and you don’t see the gradual changes. Go away for a month and come home, though, and someone close to you can look dramatically different. When did your hair get so grey? You look so fit!

To have an concrete way to gauge Tonka’s health, before I left Massachusetts, I weighed him. I weighed him again, yesterday. To do this, I use a WIN TAPE Measure Horse and Pony Height Weight Tape, Weight in Pounds & Height in Hands (Hands/LBS). I’ve been using this tape since I got Tonka. 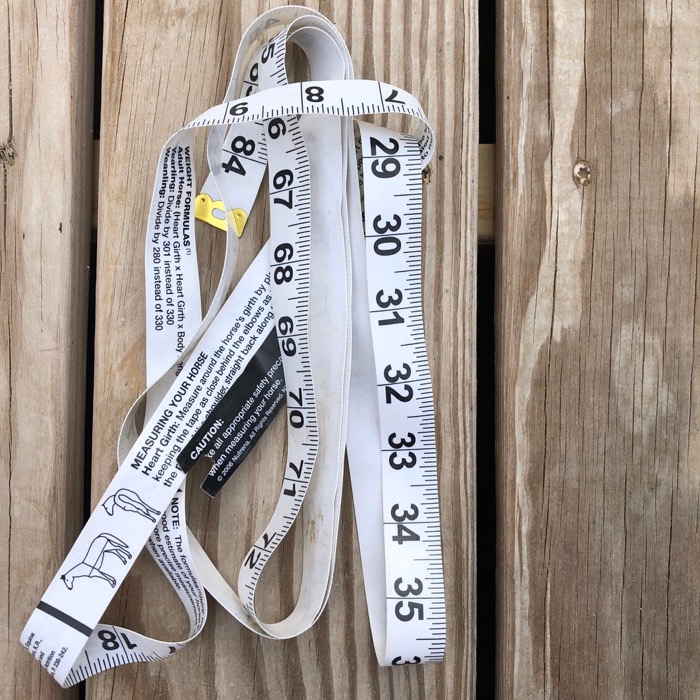 It’s not as accurate as a scale. I’ve done both at the same time to compare, and the tape is anywhere from 50 to 100 pounds off (at least the way that I use it!)  But it’s not the weight number itself which is important, it’s the change. In Tonka’s case, I wanted to make sure that what he’s eating at his new barn doesn’t make him fat, and I wanted to know before it caused health issues. Four feedings of grass hay daily and summer pasture could easily put weight on my easy keeper!

How much do you think this somewhere around 14.3 hh (one day I’ll get him officially measured) 13-year old American Paint Horse gelding weighs? 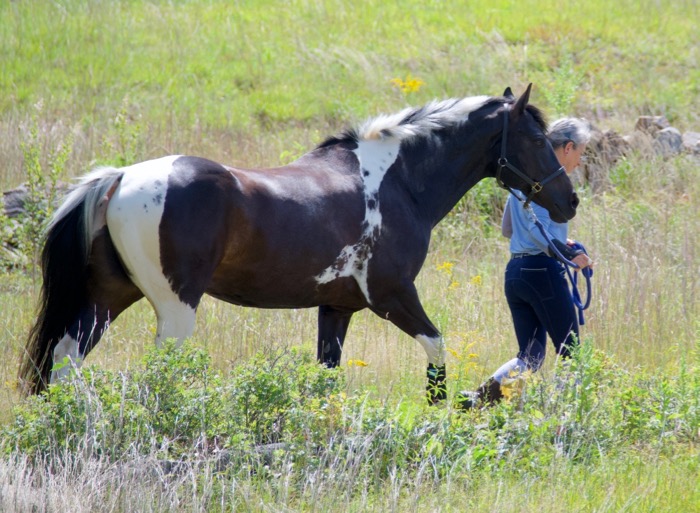 Which is within 15 pounds of what he weighed in May before the move. It’s what he has consistently weighed since 2015. That’s a weight off my shoulders! (pun intended.)

The other day at the barn, a friend asked for help. She had to give oral paste medication to a filly under her care. The dosage was determined by weight and she had no idea what that was for this fast-growing youngster.

I got my tape. Don’t rely on the tapes that state a weight by simply measuring around the barrel. That’s not accurate.

First you measure the heart girth. 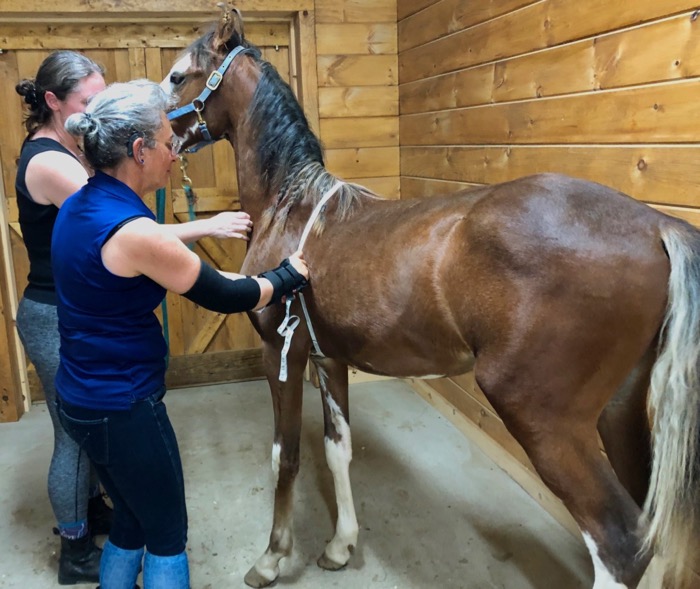 Then you measure from the point of shoulder to the hip. 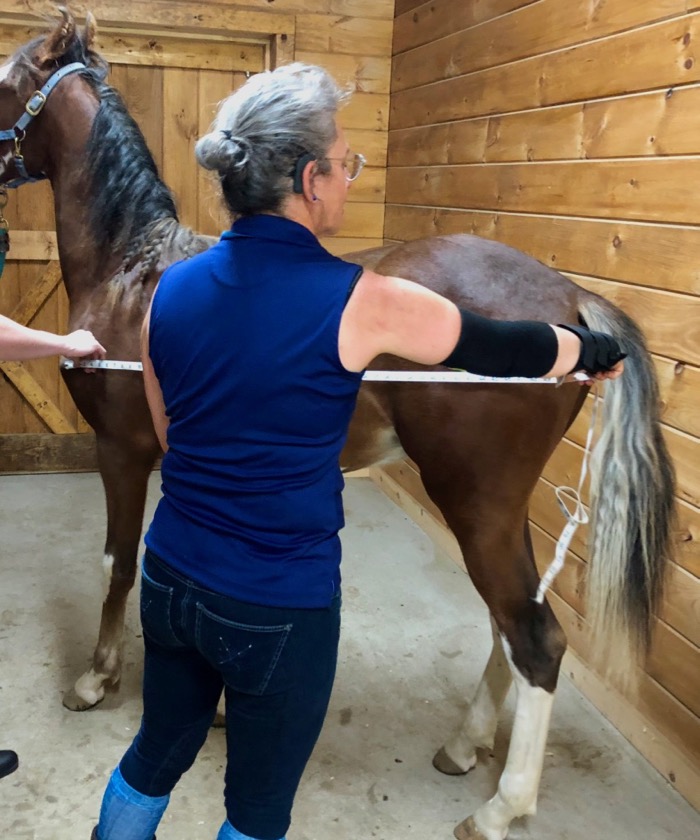 Then you do calculations.

My friend was able to give the meds, knowing that it was the right amount.

Everyone should have one of these tapes in their tack cubby. I got my tape from a Nutrena sales rep, and it has the formulas needed right on the tape. Here’s a similar tape that you can purchase WIN TAPE Measure Horse and Pony Height Weight Tape, Weight in Pounds & Height in Hands (Hands/LBS).  Here’s a video put out by Nutrena to show you how to use it.

Do you weigh your horse on a regular basis? Any other well-being checks that you do so that you don’t miss subtle changes?