Tonka has been going well, and so I’m planning to take him to a couple of dressage shows later this summer. We’ll be doing First Level, Test 3. We’re used to having a whole dressage ring to ourselves to train in, but now we’re at a hunter/jumper barn, where there are jumps everywhere. Instead of doing perfect 20-meter and 10-meter circles, we find ourselves creating geometric shapes around poles and standards. 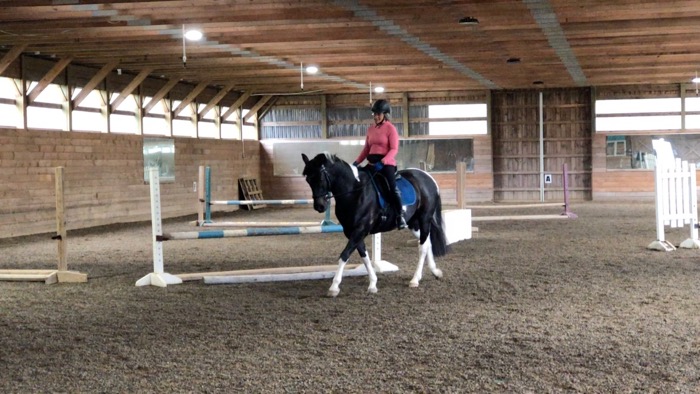 What Tonka and I do looks quite fussy compared to the H/J horses. All of the riders at this barn, even the youngsters, (I’m around girls on ponies!) are quiet in their bodies. They ask their horses to walk, trot and canter around the arena. The goal is to look calm and fluid. The same thing over jumps. Their attitude is wearing off on me. My warmups with Tonka are more relaxed and forward.

There are two instructors at the barn and they teach without yelling or drama. My veterinarian had suggested doing cavaletti work with Tonka to help strengthen his back and alleviate the sacroiliac issues. That wasn’t easy at the dressage barn because the jumps were tucked away in a shed, but at my new barn, there are always poles to use. They might get in the way of my practicing the whole test, but the trade-off is that I can now do this physical therapy with my horse. Cantering over single poles has been especially effective at improving that gait.

Every day I steer Tonka over a few poles, but it dawned on me that at this barn there are experts in using the jumps. I scheduled a lesson with one of the trainers, Stephanie Plaisted. 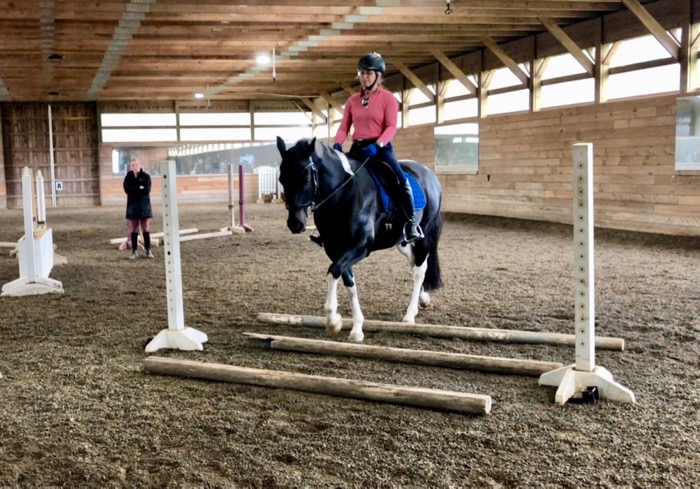 A lesson was so much better than me simply making use of what was in the ring! Stephanie was able to adjust the poles for Tonka’s stride, and then change up the patterns as the lesson progressed. She also had exercises for Tonka that the H/J people use, (for example counter-bend in the circle heading towards a cavaletti) that fit right in with our dressage training, but was different than what we normally do, and so were challenging in a good way. 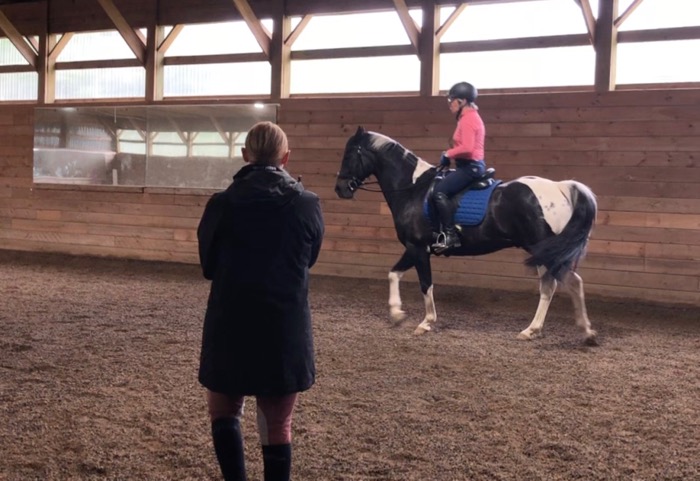 It’s what Tonka thinks is the easier and more comfortable way. (The honest truth is that sometimes he goes like that when I’m not riding as tactfully as I should be. Sometimes it’s a combination of his physical issues and my riding. Sometimes there are more factors. Riding is complicated like that.) Going over poles gets Tonka to use his muscles correctly without me having to force it. I do need to put him into a frame getting there, but then as he goes over the series of poles, Tonka takes over, and we can both feel how much better it is to carry oneself with a strong top line.

We achieved some good strides. 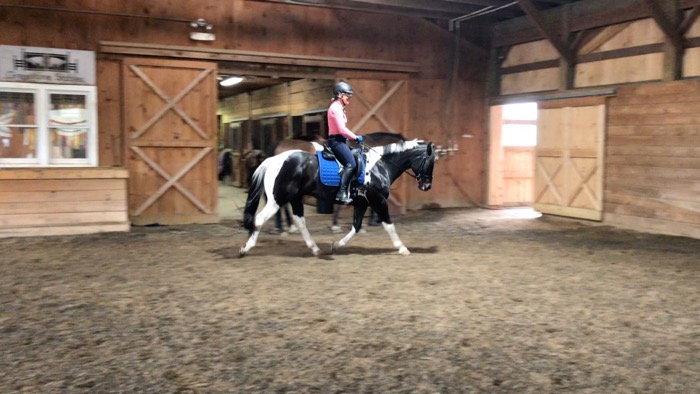 We had a blast.

Tonka put up with the hugs, 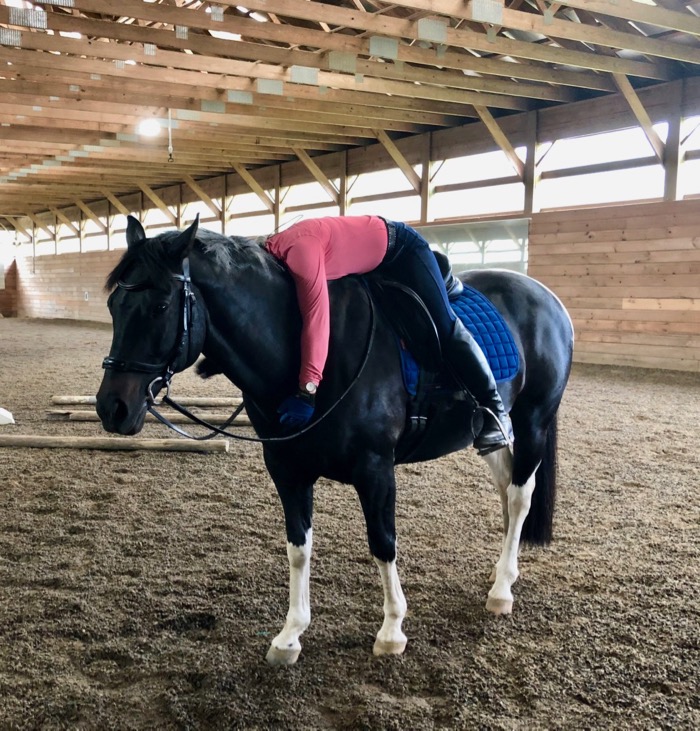 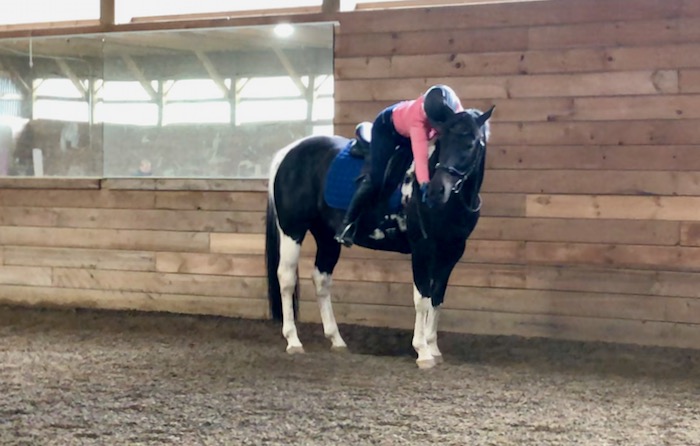 We’ll be taking a lesson weekly.

4 thoughts on “H/J Cross-Training for Dressage”