Each day brings incremental improvement to Tonka’s ease of movement. As I mentioned in the last post, Tonka, my usually willing horse, said that he was hesitant to trot, and full-out refused to canter.

To the uninitiated, horses look like sturdy beasts. But to those of us who know them (and pay the vet bills) they are fragile. We try to keep them sound with Nutramax Cosequin ASU Joint Health Supplement for Horses - Powder with Glucosamine, Chondroitin, ASU, and MSM, 1320 Grams, hoof care, veterinary maintenance (hock injections! shock wave!) and an appropriate exercise regime.

Often, it’s not obvious what’s wrong, which was the recent situation with Tonka. I did know that he was sore just below his saddle on the left (I’ve circled the area in red), because he sank his back when I pressed there. It was quite localized. He couldn’t care less when I applied pressure on the other side. 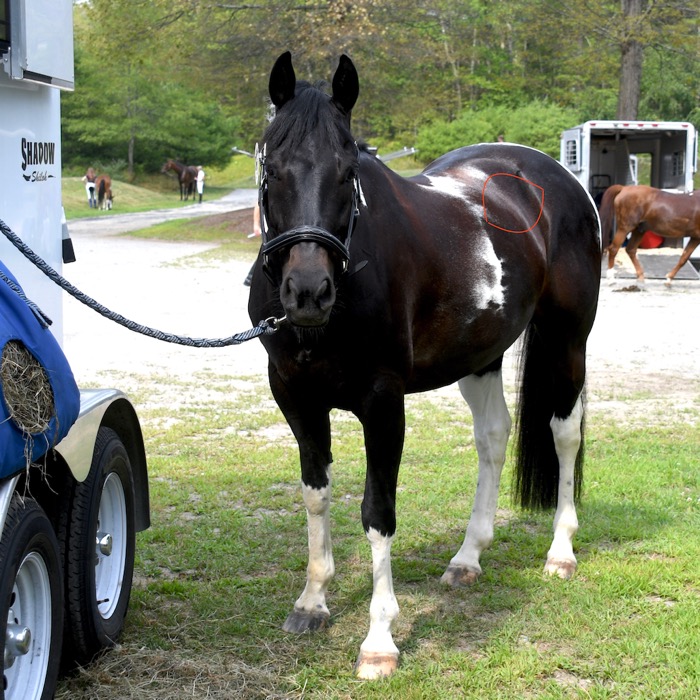 Tonka was also not using his left hind leg fully. Was it the joint itself, or was he compensating for the tight muscles on his flank? I had a feeling that it was the sore side that was making Tonka hitchy in his gaits. I had Lucy, one of my trainers, who has a very good eye, watch him go. She confirmed my guess about the source of what was bothering Tonka. His recalcitrance to move happened a day after a particularly demanding lesson which was followed by being caught out in the field in a chilling sudden downpour.

Lucy and I agreed on the course of action (or inaction!) Loose walks, 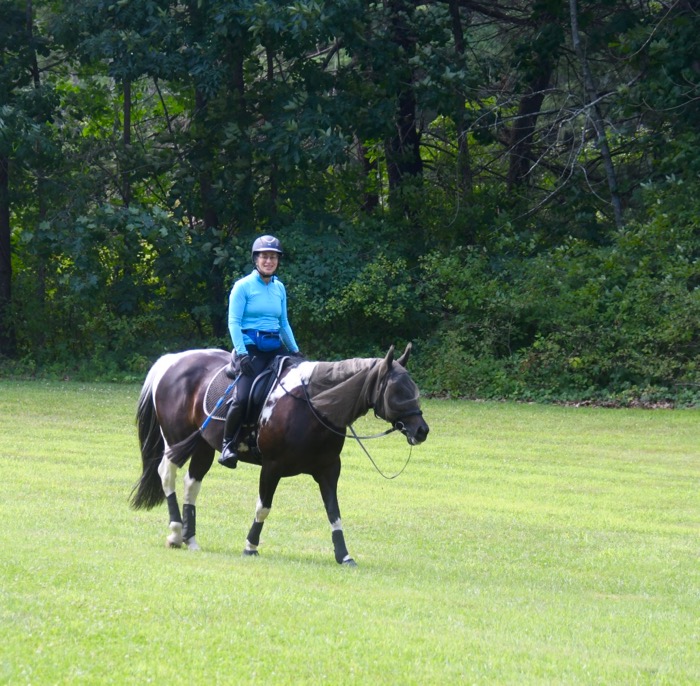 and ring work that focuses on straight and fluid, and only asking of Tonka what he is happy to do.

But, it’s never that simple, because this rehab involves my body, too. Tonka was going crooked, and I was riding him crooked to match. Tonka can’t straighten up and carry himself if I don’t do the same. Improving my position is an on-going issue, made more critical by Tonka’s sore muscles.

In this photo, my left side is collapsed, my left shoulder drops, my hand is too low and in, and my left hip has a closed angle, causing my thigh to clench the saddle. All of that brings my right elbow out and rounds my right shoulder. 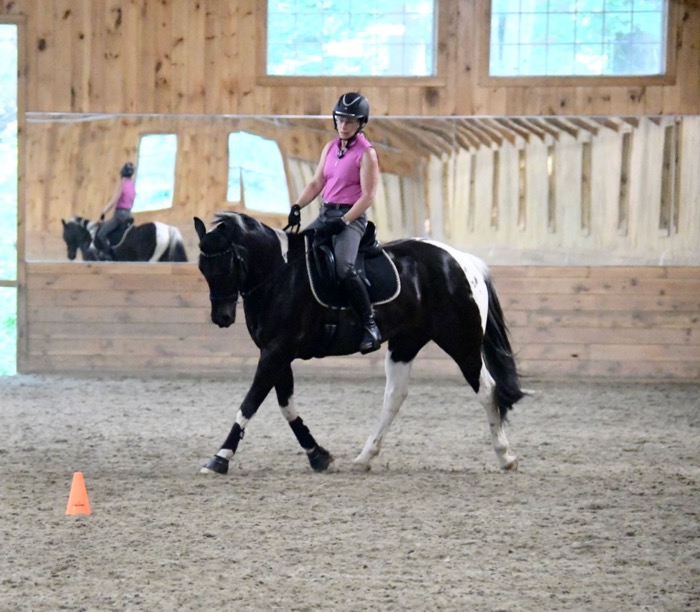 Tonka notices and responds to all of that. My heavy left sitting bone make it more difficult for him to step up. My tight leg sends his barrel over too far to the right. My left hand brings his nose too far to the left, and behind the vertical. Etc. Etc.

I’m working on my position. My trainers are helping to get me plumb, which makes it easier for Tonka to carry me comfortably – and also for him to understand exactly what I’m asking for.  Riding is infinitely complex body-to body communication that happens human to horse, and also horse to human. It’s an interchange that takes place with shifts of weight and slight tensing of muscles. I need to have control of my posture, not only so that Tonka can move fluidly under me, but also so that the conversation is seamless and without frustration. For me, that’s what riding is all about.

To achieve this, we also do work outside of the ring. For me to sit balanced, and for Tonka to use his body evenly, requires both flexibility and core strength from each of us. 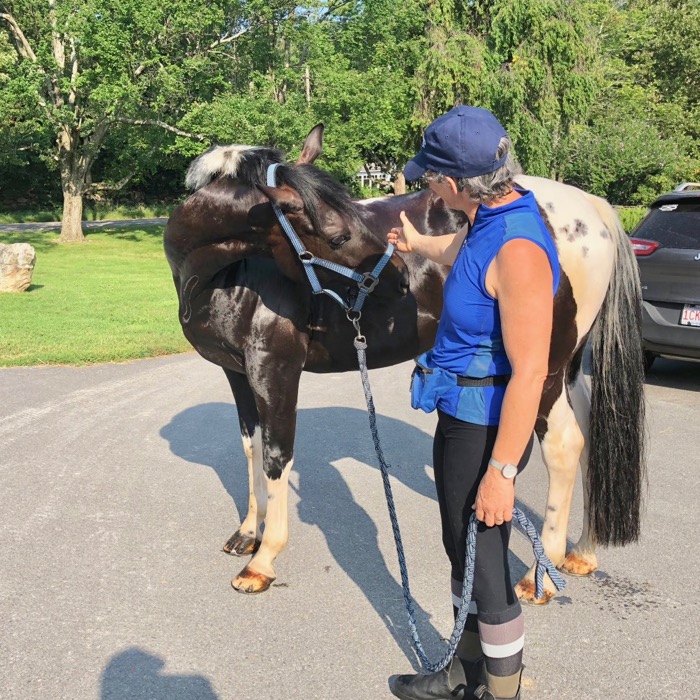 I don’t lure with a treat. I’ve trained Tonka to reach to wherever my hand is, and reward after I’ve told him that he’s stretched far enough.

I do stretches out of the saddle, too, but I’ll spare you videos of me grunting through yoga!

Today Tonka picked up the canter in both directions, without hesitation. Which just goes to show that sometimes easing up is the fastest way to recovery.