It doesn’t matter what species of animal is in your care – horse, dog, cat, iguana – the only way for them to thrive is for you to know them well and to pay attention. Sometimes, identifying what’s amiss and figuring out a remedy is like solving an Agatha Christie mystery. There are lots of red herrings. This is a story about my goat, Caper.

I have two pet goats. They live in a barn in my backyard. Pip and Caper are twin brothers. They’ll be nine years old this spring. I’m no goat expert. These are my first and only goats. We’ve had a few health dramas (the rhododendron poisoning being by far the scariest.) Around here, veterinarians either do only dogs and cats, or horses. Few do farm animals. Mostly I’ve relied on a couple of friends (via the internet) who have far more goat experience than me. It’s good to have them on call. Still, you have to know what to ask.

I’d noticed that the goats weren’t eating as much hay as usual. Goats are very fussy eaters. They’ll reject a bale if it doesn’t smell right. I bought new hay. For awhile, they ate fine, but then I noticed that for two days in a row, that hay remained in their manger in the morning. However, the Goat Boys looked as eager for breakfast as always. 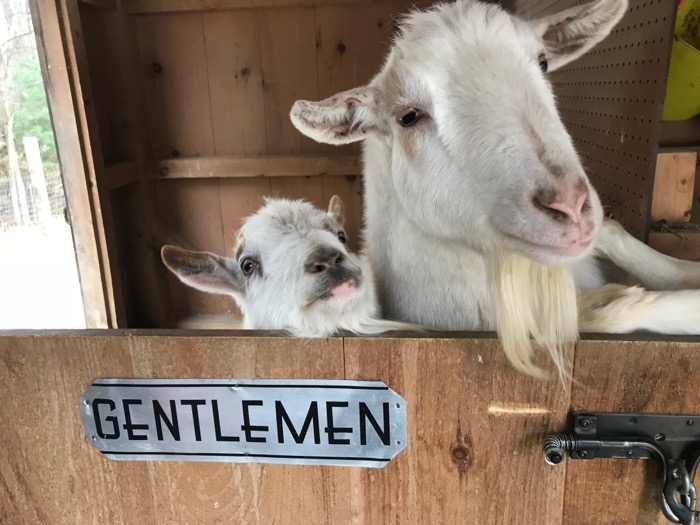 This was in the middle of that bitterly cold spell. I watched them at feeding time. Pip ate the hay. Caper did not. Ah! I thought, so this is not a hay issue, it’s that one goat isn’t well. More worrisome than that was that Caper was shivering, which made me think that he had some sort of digestive issue. Goats carry around their own personal furnace – the hay in their bellies ferments and generates heat. If Caper was cold, it meant he wasn’t eating enough. That can be fatal.

Right away, I went to the market and bought Caper’s favorite greens, collards and parsley. When offered them, he ate a few bites, then stopped. Pip happily consumed the remainder. Obviously, something was seriously wrong. The Boys get free-choice goat minerals (that’s what the white dispensers are for) and I added baking soda. Goats will eat that right up to make their tummies feel better. The Boys chowed down on it.

A friend, experienced with elderly goats, said that sometimes they get dental issues, and that she fed her ancient goats hay pellets, which are easy to chew and digest. I fed some to the Boys. Success! 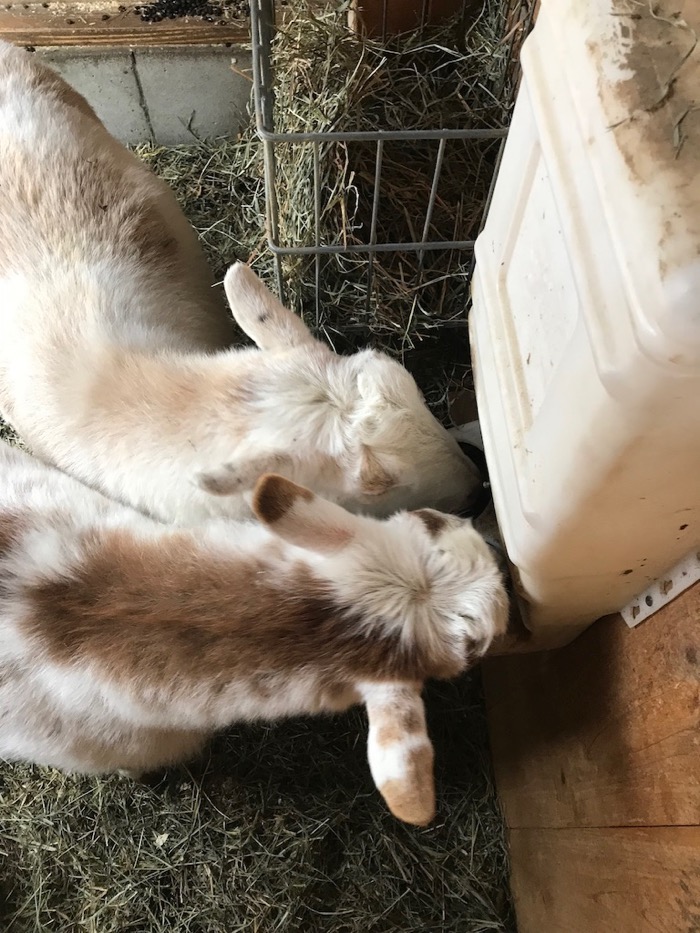 But was it really a dental issue? A few days later, Caper started eating hay again. Goats have razor-sharp serrated teeth. It’s not easy to do a dental exam. (I have a permanently scarred finger as proof. I’d prefer not to have to look!) If it was a rotten tooth, then why was Caper now happily consuming his forage?

More clues: Caper had a burr stuck in his beard. Pip had one on his coat. I removed them with their favorite grooming tool – a bath brush. 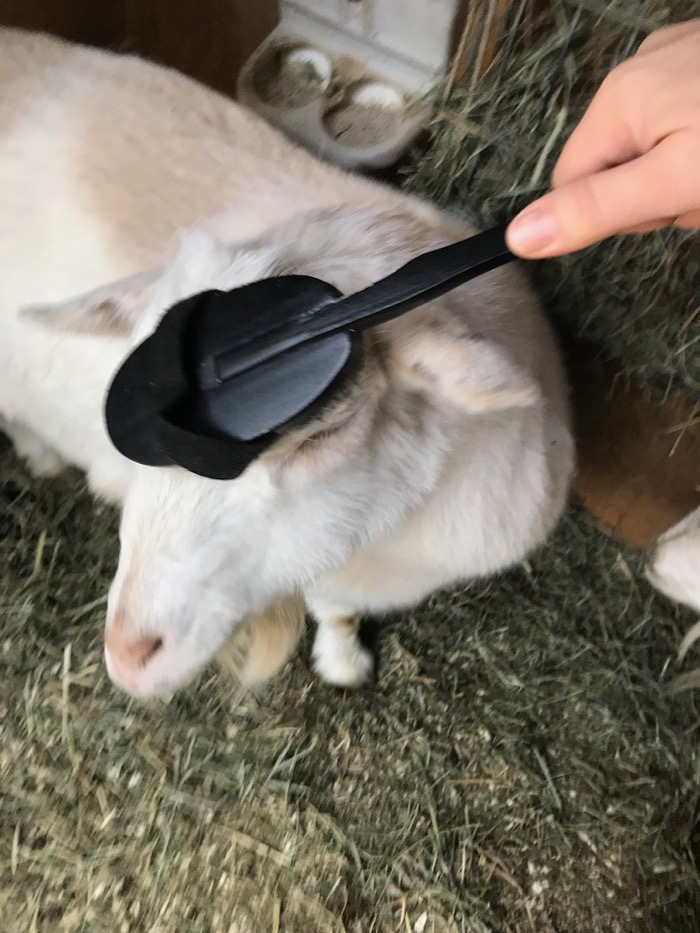 I hate burrs and I was surprised that I’d allowed a plant to grow in their pasture.  I walked the whole paddock, but couldn’t find the source. The burrs must have been in the hay!

Then it dawned on me that on that first day that I’d noticed a problem, Caper was foaming at the mouth. Perhaps he had munched on a burr and it had lacerated his palate. Poor boy! What a relief that this was a temporary issue and that he could eat with his normal gusto again.

The Goat Boys have now been fed pellets for two weeks. They say that this is to be a permanent addition to their diet. 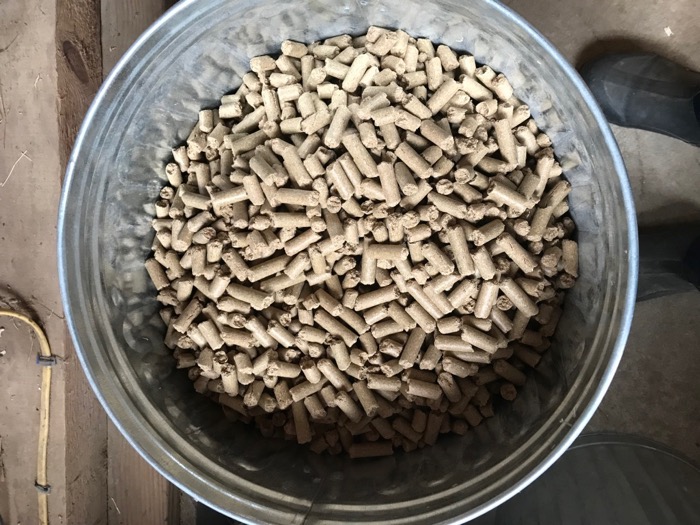 I’m willing to do that. Wouldn’t you for this face? 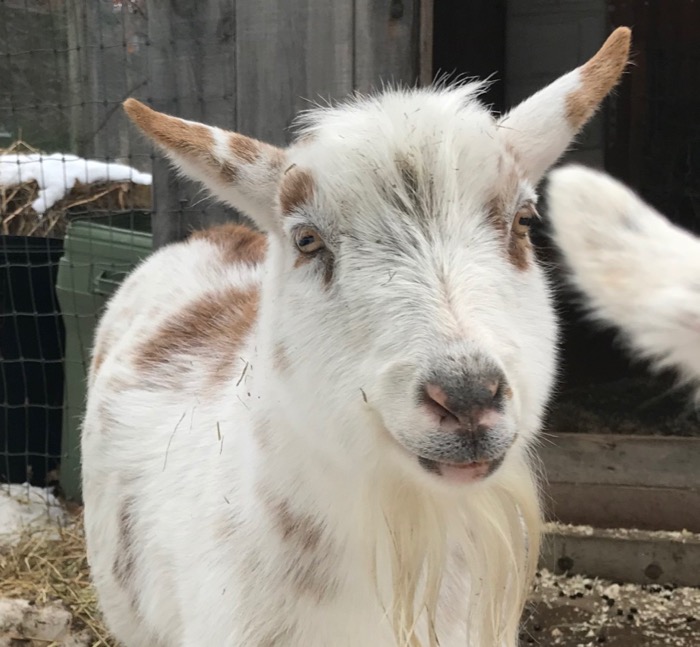 I feel like I’ve been solving mysteries all year with my animals, especially with Tonka (an update on him, soon!) Have you had a mystery that you’ve had to solve for one of your animals? Tell me in the comments.