A couple of weeks ago, I was in Florida for a llama and alpaca handling course. Steve and I went down a day early because in that part of Florida it was the beginning of manatee season, an animal that I’ve so wanted to see in person.

We hired Captain Pete to take us out on his small pontoon boat. He knew where to go, and he knew how to navigate so that we wouldn’t harm these marine mammals. 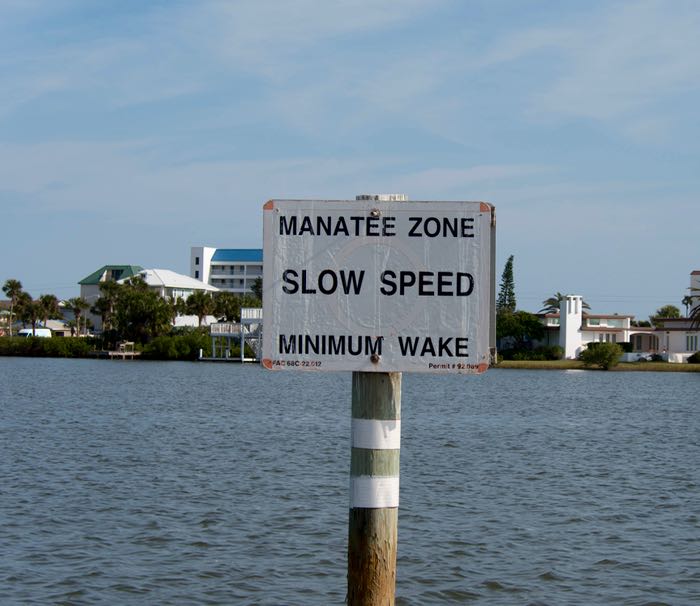 We slowly puttered along the coastline, and finally settled into this cove. 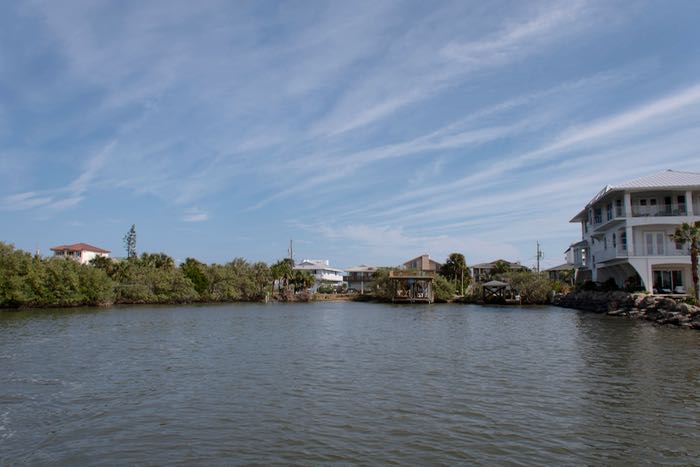 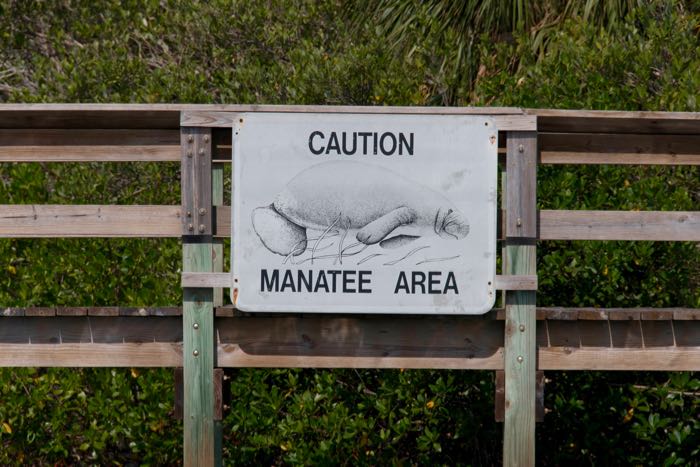 They are massive creatures – upwards of 1,000 pounds – but they like shallow water where they stay near the bottom eating plants. They’re the color of the water and even though you know they’re there, you have no idea of exactly where. It takes patience to see manatees. 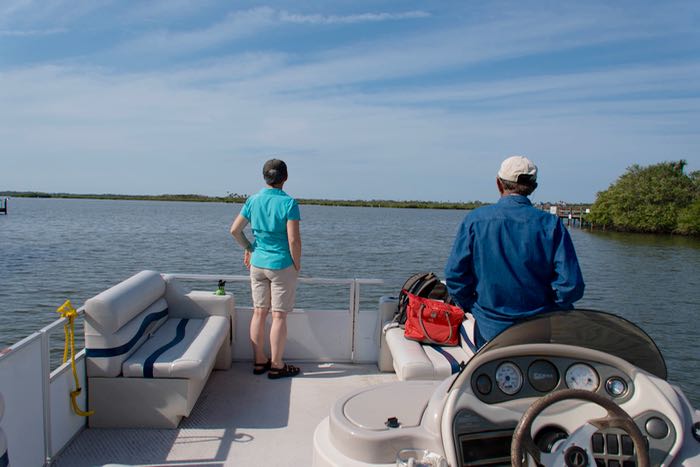 Captain Pete pointed out how that big paddle-like tail makes flat circles on the surface of the water. There they are! 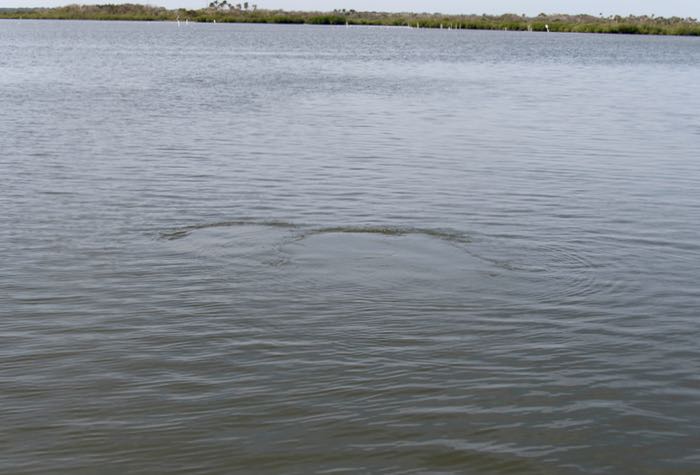 Manatees have no known predators. They’re placid, peaceful, grazing animals. They’re also curious. They like boats. This isn’t good for them because getting hit by boats is a major cause of manatee mortality. They especially like engines, and this is especially bad because propellers cause the most damage. Captain Pete explained that manatees are fresh water drinkers. One reason that they congregate in this cove is that it is an outlet for a fresh water spring. When mariners flush their motors, fresh water spews out and the manatees come by to drink it. A manatee came looking for water, but we didn’t provide it. Captain Pete lifted up the propeller (which also has a guard on it to further protect these animals.) 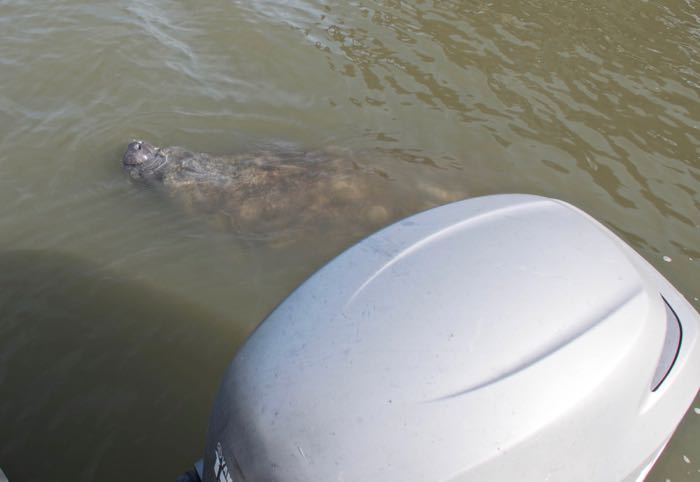 We spent almost an hour quietly watching. There were brief sightings.

There were longer moments. 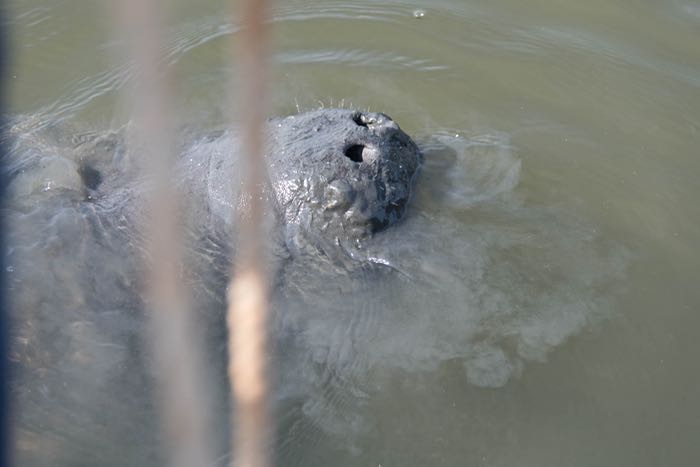 I never did see the entirety of this creature. 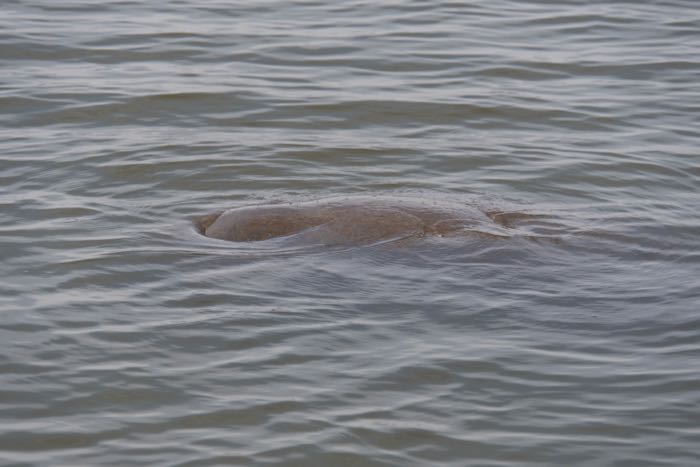 I did see manatee poop. 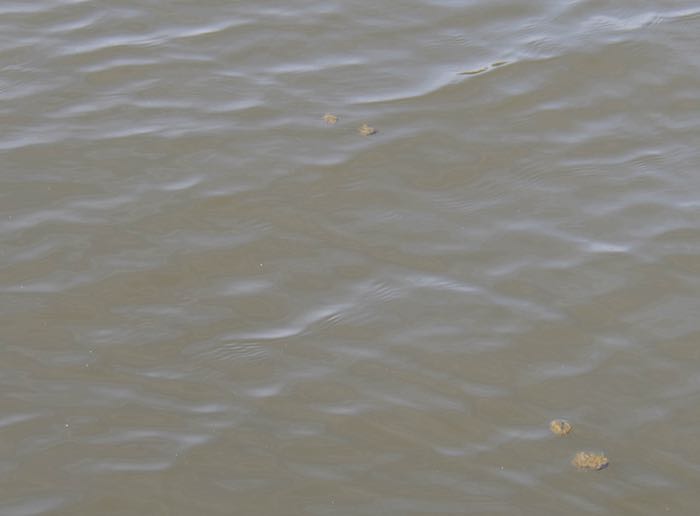 Since this blog is mostly about horses, this gives me a chance to stay on topic! Like horses, manatees are herbivores. Like horses they are hind gut digesters (cows have a rumen, manatees and horses do not.) Manatees eat up to 10% of their body weight daily. That’s a hundred pounds. That all gets fermented and digested and the roughage eventually gets expelled. If horses retain and build up gas they can become dangerously ill with colic. However, manatees get a benefit from the gas produced that horses do not. They use it for buoyancy. When they want to submerge, they fart! This fact makes me happy. Nature is fascinating – warts (and farts) and all. 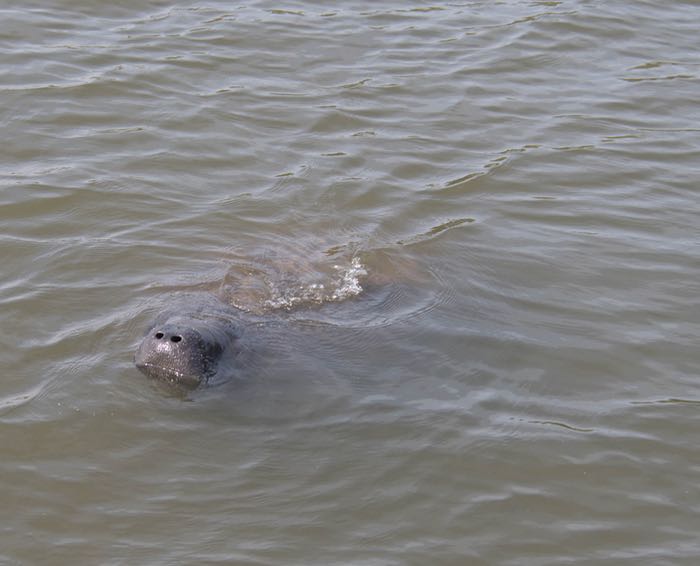 Here in America most of us are getting ready for Thanksgiving. In my house, that means the Pie Party. I’ll be baking mostly old favorites, with the addition of a couple of new recipes, like a plum tart and a roasted vegetable pot pie. Have a wonderful week!