For the last four years, Tonka has been intermittently off on the left front. Trotted out on a hard surface and turned sharply to the left, he shows a head bob – a sign that there’s something going on that is ouchy. Most of the time though, that’s it. On good footing in the ring, and out on the trail he goes steady and even. Once in awhile, though, he head bobs on the short side of the ring. Sometimes he has difficulty with canter transitions. X-rays show a healthy foot. Good angles. No arthritis. Front shoes with supportive pads made a difference and reduced the instances of head bobbing. Injecting the coffin joints with a cocktail of medications seemed to alleviate whatever was causing an occasional twinge. Other protocols also help to keep Tonka going soundly. Shockwave on his neck and across his back takes care of aches and pains due to arthritis and old injuries. Keeping him fit, especially with hill work and pole exercises, has Tonka using his body correctly and athletically so that he looks like this. 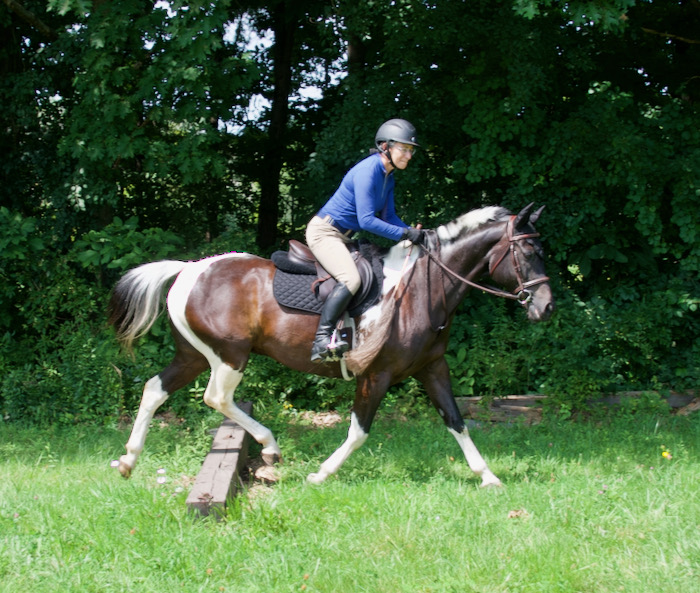 But in the last two weeks that left front issue hasn’t been so intermittent. For the last couple of rides he’s been consistently head bobbing. It’s time to get to the root of this. My vet will evaluate Tonka on Wednesday. However, there are only so many diagnostics that a vet can do at the barn – especially with a horse that shows only the mildest of symptoms whenever the vet is checking him out! I think we’ll be scheduling a road trip to Tufts for an MRI.

Yesterday I thought I’d free-lunge Tonka to get a video of the head bobbing. Tonka was so lame the day before that I figured he’d slowly trot around while I recorded his gaits. It would be a useful video for a consulting vet to see.

Of course, things didn’t go according to plan. First there was some of this. Please note that Tonka had already been turned out in a spacious paddock all day. He was just showing off. 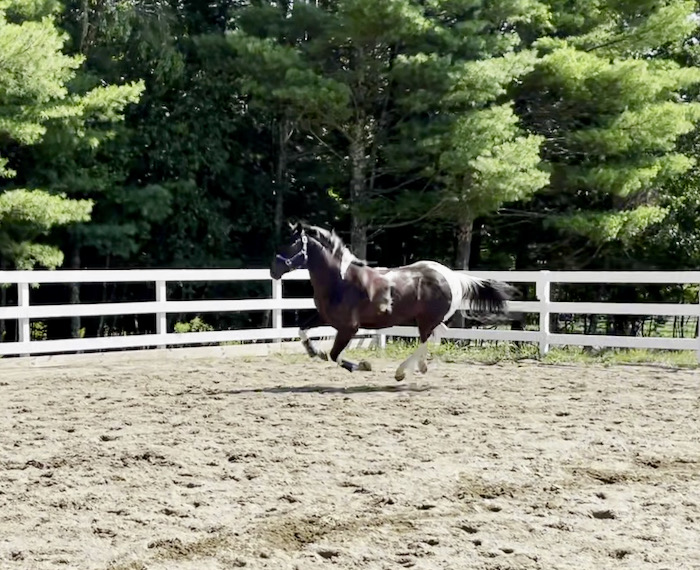 The trot looked marvelous. I should be thrilled that there was no sign that Tonka had any soreness anywhere, least of all in the front left leg. 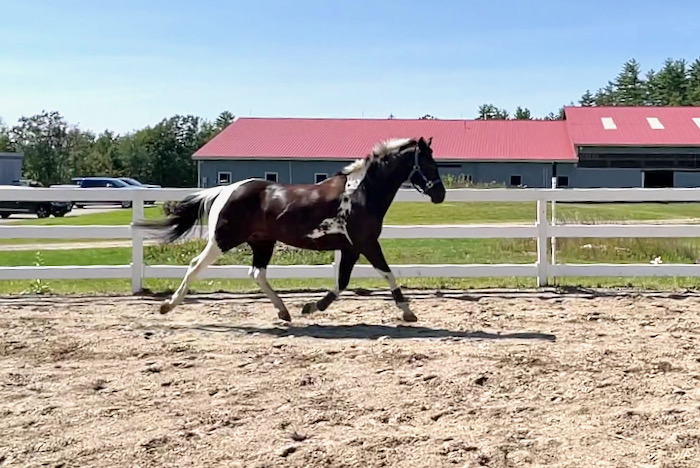 Those fancy gaits can fool you. Sometimes lame horses look sound when they’re cavorting around. The adrenalin masks pain. But once Tonka settled down, he still looked good.

Still, he’s got an intermittent left front lameness. I want to know why, and I want to fix it. Hopefully, modern diagnostic tools will give us the answer. I’ll keep you informed! Have you had a lameness issue like this? Inconsistent and difficult to diagnose? Tell me about it in the comments!

12 thoughts on “Lame in the Front Left”