Here at Turtle Hill, this year’s resident porcupine is a female that I call Hattie. She has a distinctive band of white across her head. Looks like a hat. You can see her full markings in this photo of her climbing Oak Tree # 1 – a favored place to snooze during the day when the weather is very hot. 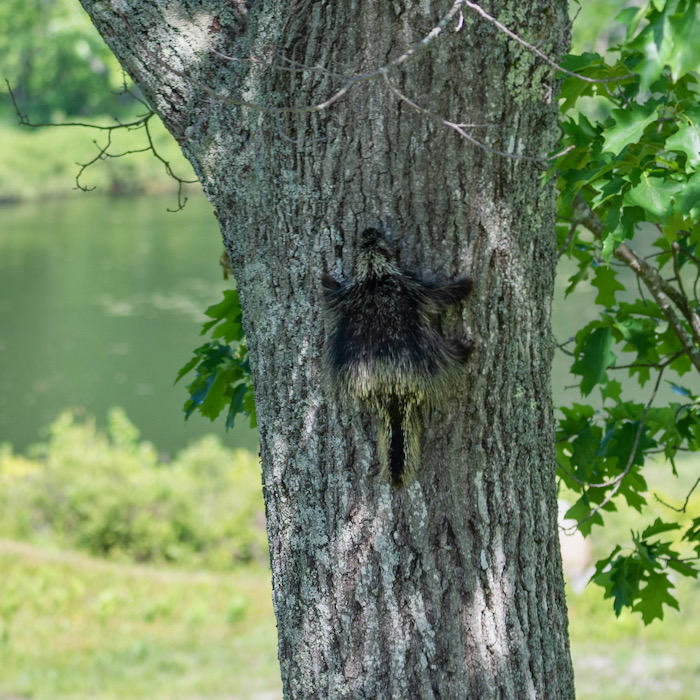 Although Hattie gave birth to a porcupette early in the spring, she is usually on her own. When her baby was tiny it would have been left at the base of a tree while Hattie went off to sleep and forage. Once daily she’d come back to nurse. As the baby grew, it would accompany her mamma on outings, learning the lay of the land and what is good to eat. Here they are next to our deck. You can see how the youngster is smaller and the quills, although dangerously prickly, are not yet so large and stiff. 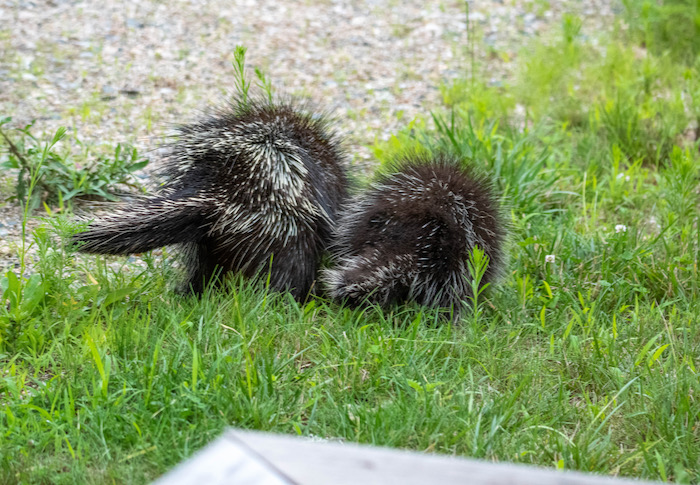 Hattie looks a bit disheveled here. There’s a big tick on her nose. 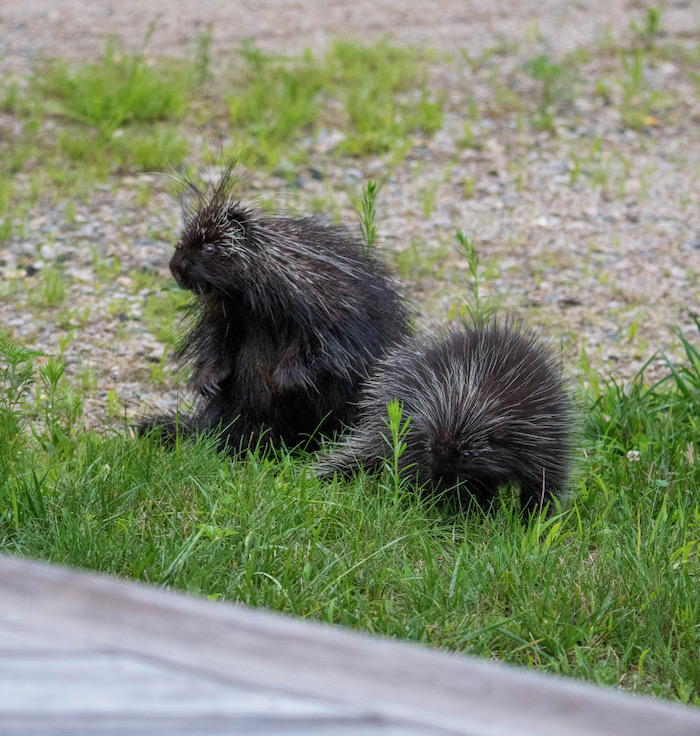 Hattie took a look at Steve taking photos. When her glare didn’t cause Steve to leave, she told her youngster to stash themself under the deck, and then she trundled off towards the woods. Hattie doesn’t always leave peacefully. About a month ago, around dusk, we heard noises to the side of the house. Steve and I went to see see what was there. We had a feeling it was porcupine vocalizations. It was. Hattie was nursing! Porcupines are known to talk when nursing. This was the first we’d heard it. We saw the porcupines and they saw us. Hattie sent the baby off into the brush, shook herself so that all of her quills were sticking out, and charged at us. I didn’t know that they did that. Now, a porcupine isn’t that fast, but we were glad to be up on the deck. I don’t know if she would have actually attacked us, or at the last minute backed off, but a nursing mamma with pointy barbs all over her is nothing to tangle with. Steve and I hurried inside.

Already Hattie’s porcupette is venturing out on their own. We often see it grazing in our field. Sometimes Hattie is around, sometimes not in sight. With luck it’ll be around until next year when it’ll need to find its own territory. This Turtle Hill resident needs a name. I’ve no idea of its gender. Suggestions? 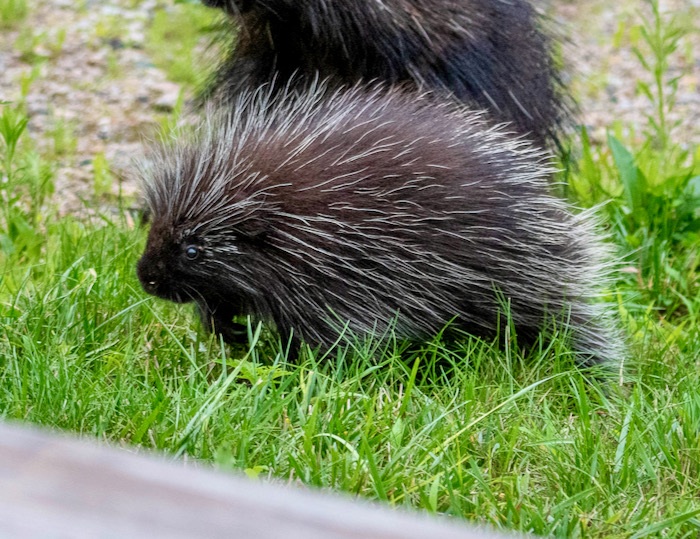 6 thoughts on “Name the Porcupette”