For the first two years here at Turtle Hill we had a resident porcupine named Po. Last year she spent a lot of time in the oak trees in the field. Just look at that adorable wide smushy nose! 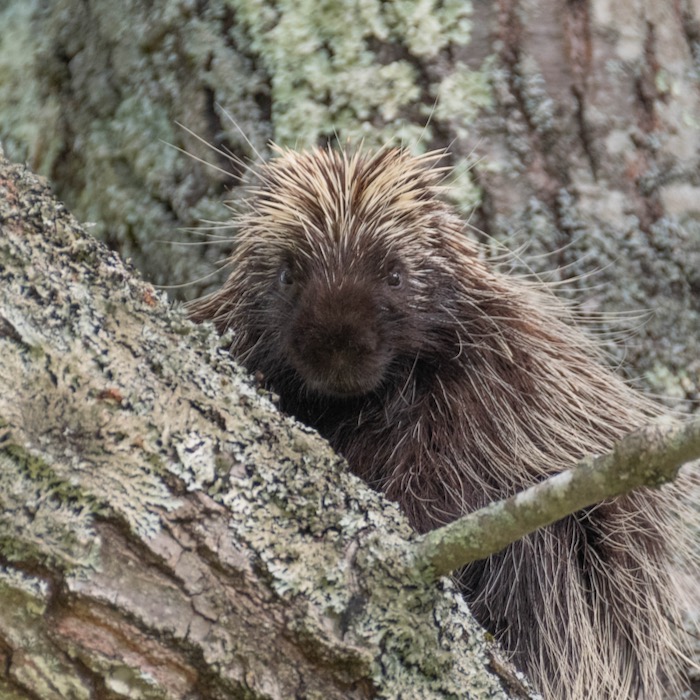 Last summer she brought her porcupette into the oaks. We watched her nurse the baby. Po is on the left, Clover is above her on the branch. As you can imagine, if both you and your offspring have quills, positioning yourselves to safely feed is done carefully! 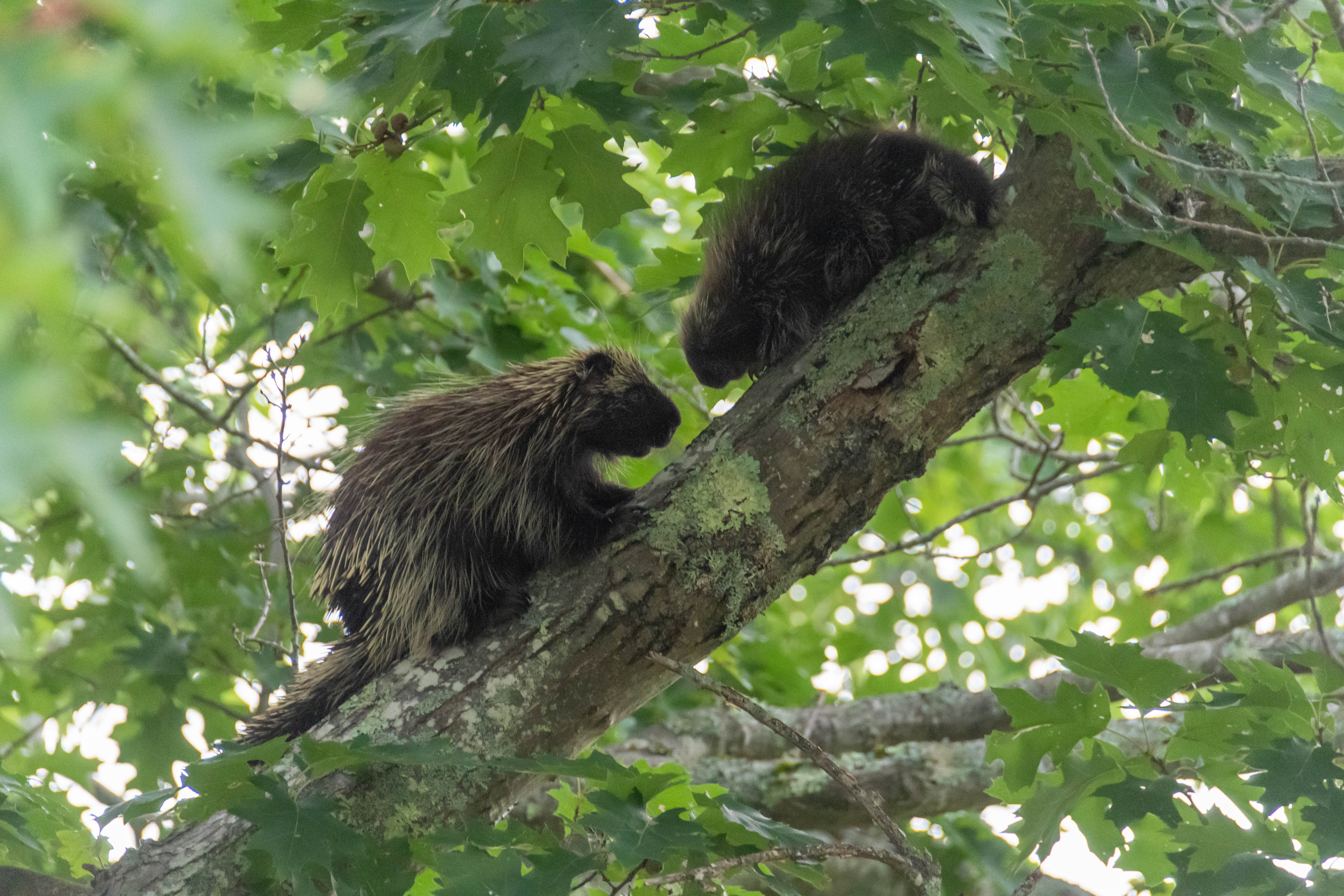 Po was a good mamma and taught Clover the best places to find delicious grasses (our backyard.) Porcupines don’t spend a lot of time with their mothers; they nurse only once daily and the mothers park their young porcupettes at the base of a tree while they go about their business. As the youngster matures, they venture out with their parent, but not necessarily cuddly close. Both male and female porcupines are territorial so unless it’s breeding season you’ll likely see either a solitary animal, or a mother and offspring.

Last summer it was not difficult to tell Po and Clover apart. Being a youngster, Clover was obviously the smaller. But another distinctive feature was that Clover’s nose did not take after their mother’s. Look at how narrow it is! This is a photo of Clover from last fall. 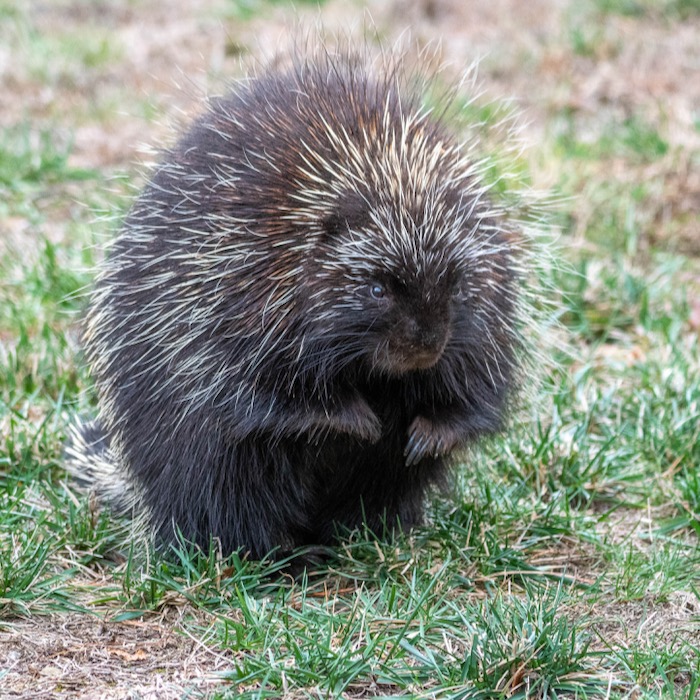 I think that Po died last winter. We found a porcupine skull in the field, and we haven’t seen her at all since the leaves fell in autumn. But there are still porcupines around. We saw tracks right behind our house this winter. Then just this week we spied someone lumbering past our trail cam.

I’m sure that it is Clover! Why? Because a few days later this same porcupine came to graze on the yummy fresh green grasses in our field. Exactly where Po taught Clover to eat. Look at that narrow nose. And the mohawk! Last year Clover was just beginning to grow out his distinctive quill style. You can see it on the video, and you can see it here. 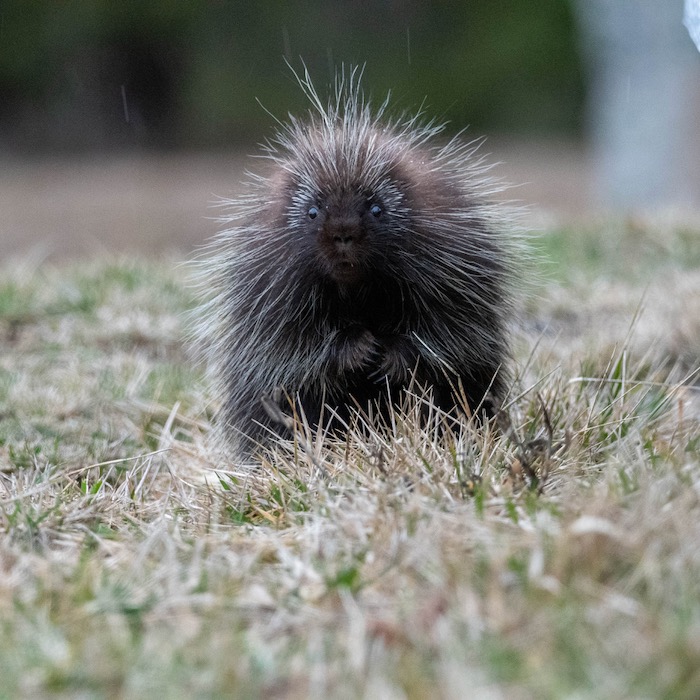 Such a stylish porcupine. There’s no way to tell from from the photos if Clover is male or female. If we see Clover with a porcupette in tow in a couple of years, we’ll know!

6 thoughts on “Clover Sports A Mohawk”