Steve often comes to my lessons to take photos or video. It’s great to have a record of our progress. But for someone like me who is self-critical and analyzes details, it can be hard to have concrete evidence of all of those things that I need to improve (those curled wrists, the rounded shoulders, etc. etc.!) It can also be a bummer to see that Tonka’s ears are back. We all want to see perky, forward-facing ears that we think indicate a happy horse. I will admit here that out of the hundred photos that Steve took in this lesson that there are only a few that meet that criteria. The “happy” photos are what I post on Instagram, like this one. 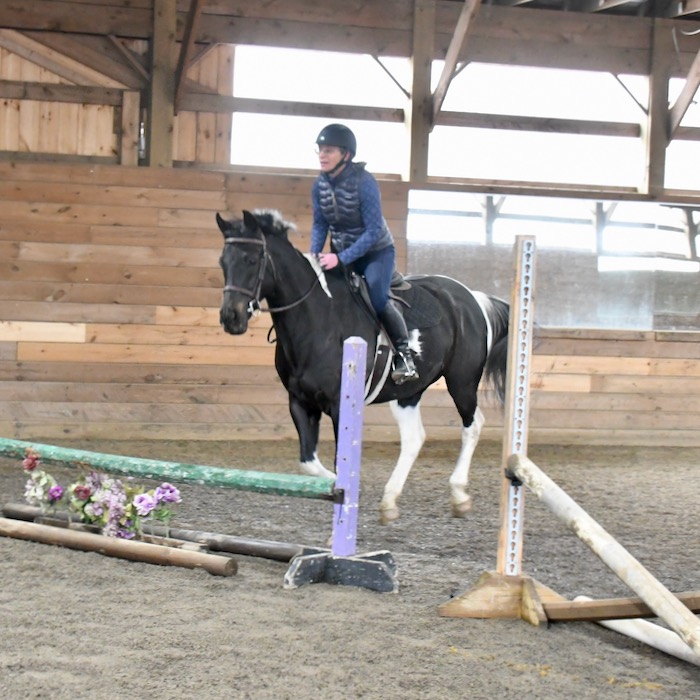 However, it’s too simplistic to say that when a horse’s ears are forward that they’re happy, and when back they aren’t. Sometimes forward ears mean that they’re alert to danger. Sometimes backwards ears mean relaxation. Here’s what Tonka’s ears were saying in yesterday’s lesson.

When Tonka is uncomfortable his ears go halfway back. When we warm-up, they’re invariably in the grumpy position. 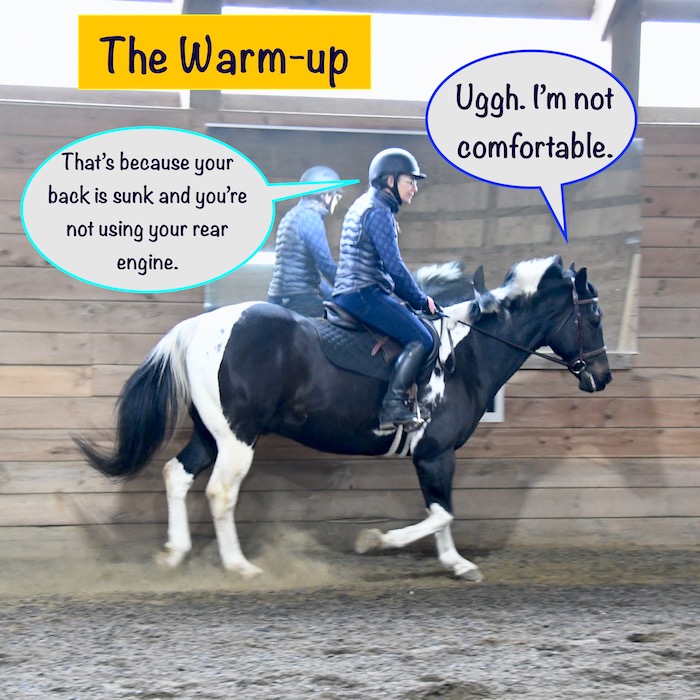 I sympathize. You should see me when I start my yoga workout. That first pose! Agghhh! 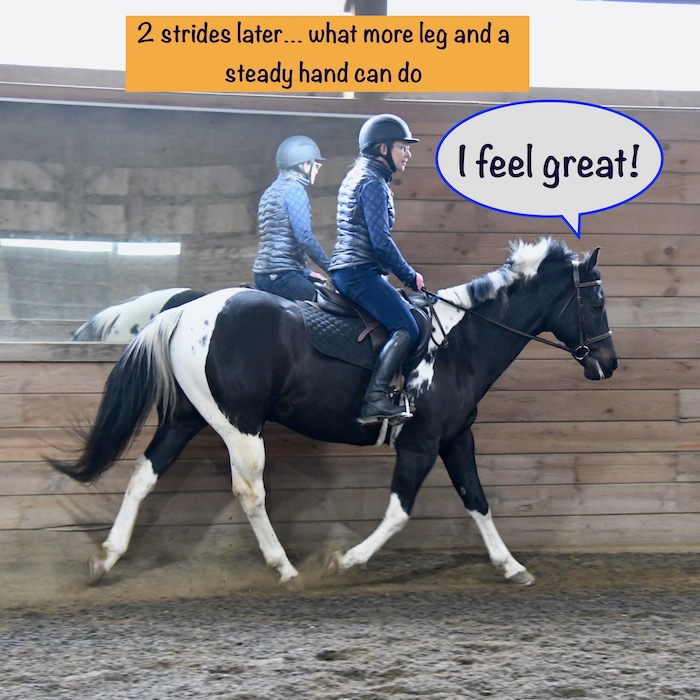 Tonka’s poor posture leads to grumpiness for the first couple of jumps, too. Tonka has to be convinced that using those back and belly muscles actually make the jumping more fun. His ears are asking “why are we doing this?” 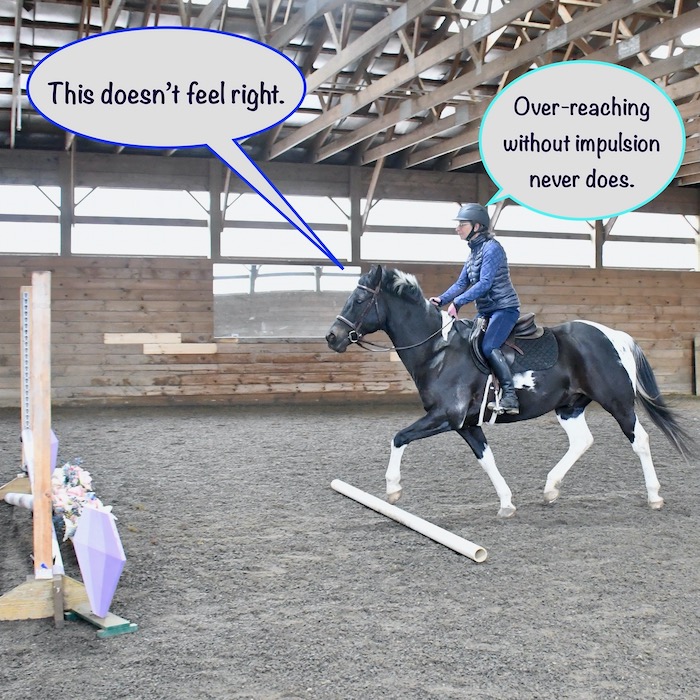 I know when he’s gotten into it when his ears lock onto the jump and there’s no resistance to my legs. 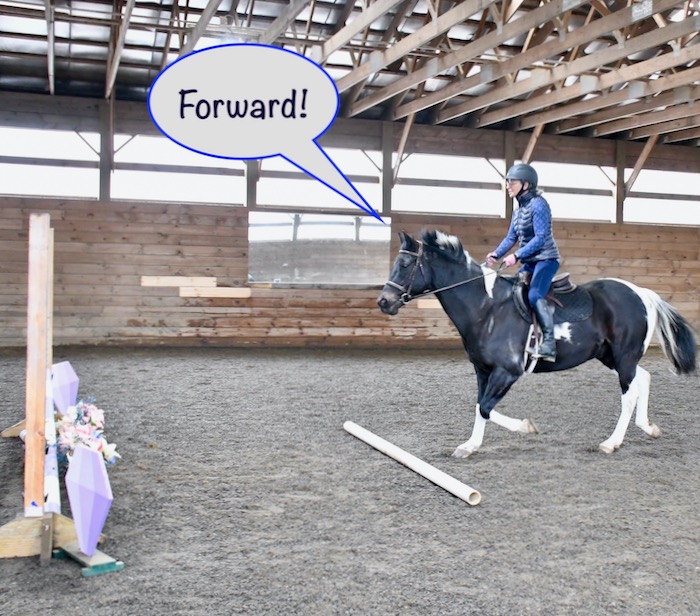 Cantering into a vertical sends those ears pointing forward. Partly it has nothing to do with happiness – ears swivel to the focus of his attention. That said, sometimes they do show a good mood. Check out the rest of Tonka’s body language in this photo.  Tail held out, relaxed jaw, wrinkle-free nose, rounded topline from ears to tail, active quarters. It all confirms what his ears are saying about how he feels about this jump. It’s fun! 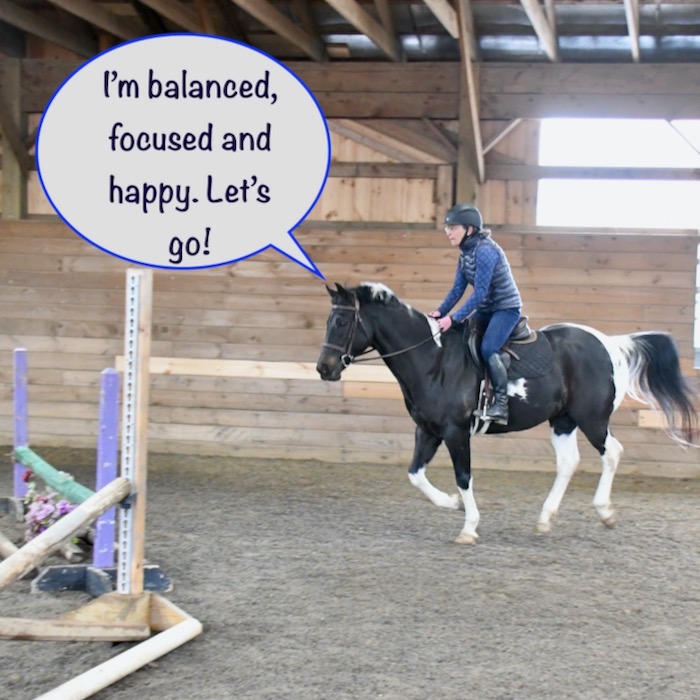 It can be frustrating, after a jump, to be told to slow down and turn. See Tonka’s ears? He’s paying attention to what I’m doing and trying to figure out my message so that he can implement it. It’s physically challenging to condense the canter stride without breaking into a trot and those ears are telling me that. As Tonka becomes more capable of this maneuver, and as I communicate more quickly and with more clarity to him, Tonka will flick those ears back to check in with me, but then they’ll swivel eagerly forward again. 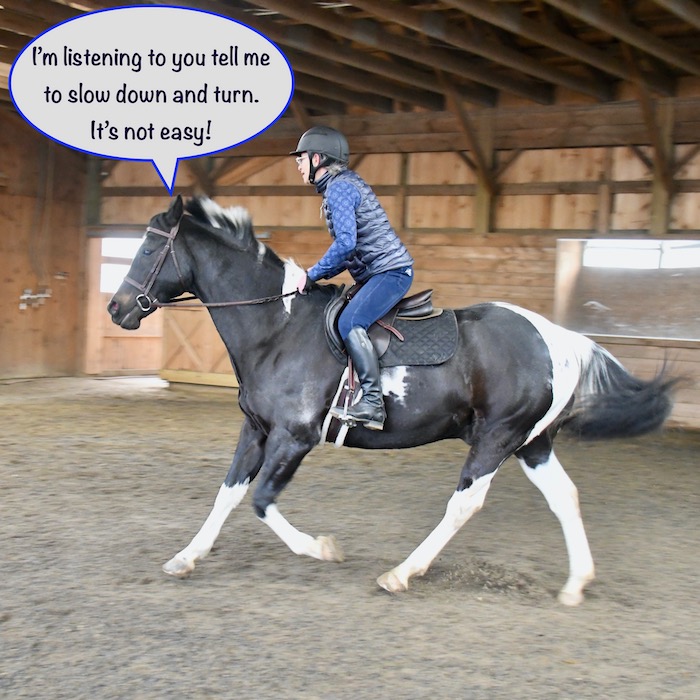 Those ears soon go forward again as he jumps another obstacle with good cheer. 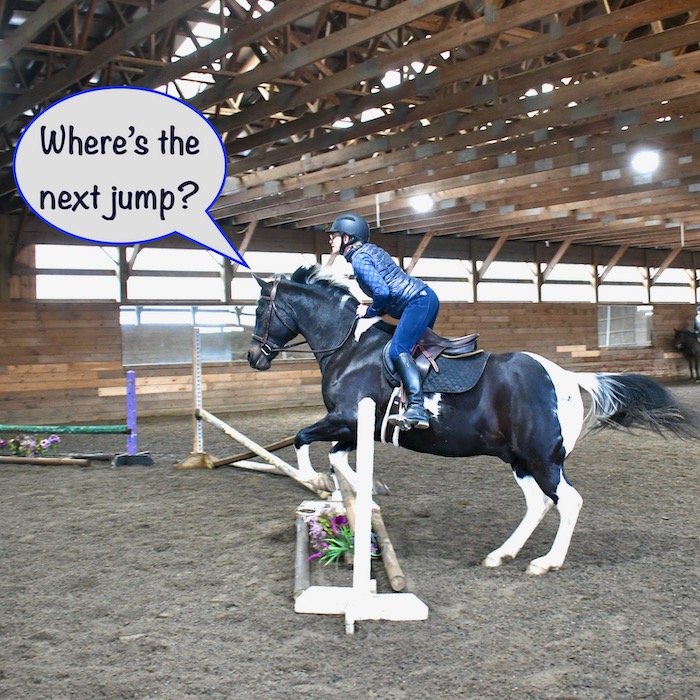 We end the lesson with a rounded, swinging trot. Here you can see what I call “thoughtful ears.” Not forward, not back. Inward thinking. 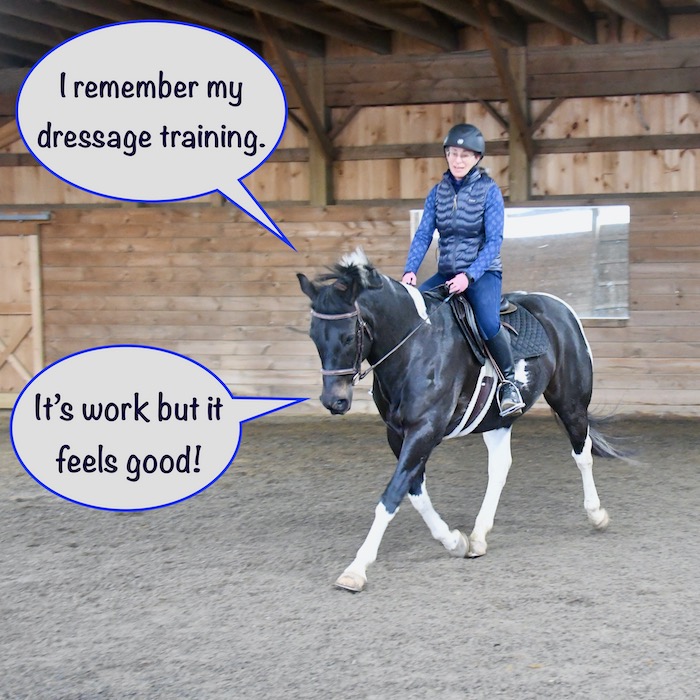 And here are the final ears of the day. One rotated to me, checking in to confirm that we’re done, and one pointed at Steve, who has become the dispenser of the end-of-lesson reward. My answer is to drop the reins so that Tonka can get his well-deserved candy. 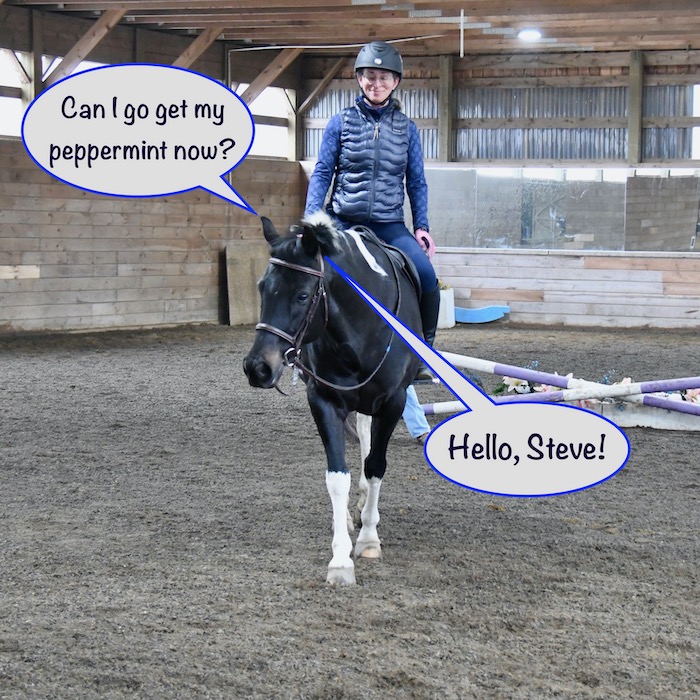 I’m currently working with a client’s horse who expresses anger and aggression with her ears. When her ears go back they flatten hard against her poll and she follows that up with a fast strike with bared teeth. She’s caused damage. Those ears tell another story. For another day.

One thought on “What the Ears Say”