I’m one of those people who attract stinging insects. If there’s a solo deer fly, and three people hiking, it will land on, and bite, me. If I walk past a yellow jacket nest I’ll generate the ire of the hive and they’ll attack. If there’s a paper wasp hunting a caterpillar for its supper, it’ll change direction and go for me. The wasp stings are particularly painful. My body reacts rather dramatically. The swelling hardens and red spreads outward from the sting. It’s kept in check with benadryl. So far I haven’t had an anaphylactic shock, but it’s always a possibility.

Hornets, bees and wasps are beneficial insects. Not only are they pollinators, but the wasps and hornets are ravenous eaters of other insects, especially ones that gardeners consider pests. I wish that I could appreciate them, but for some reason to a wasp I’m like the proverbial red cape to a bull. (By the way, the red isn’t what provokes a bull, and I’m not sure what it is about me that switches on the attack mode in stinging insects.) One year paper wasps, unbeknownst to me, made a nest in my green bean tower. 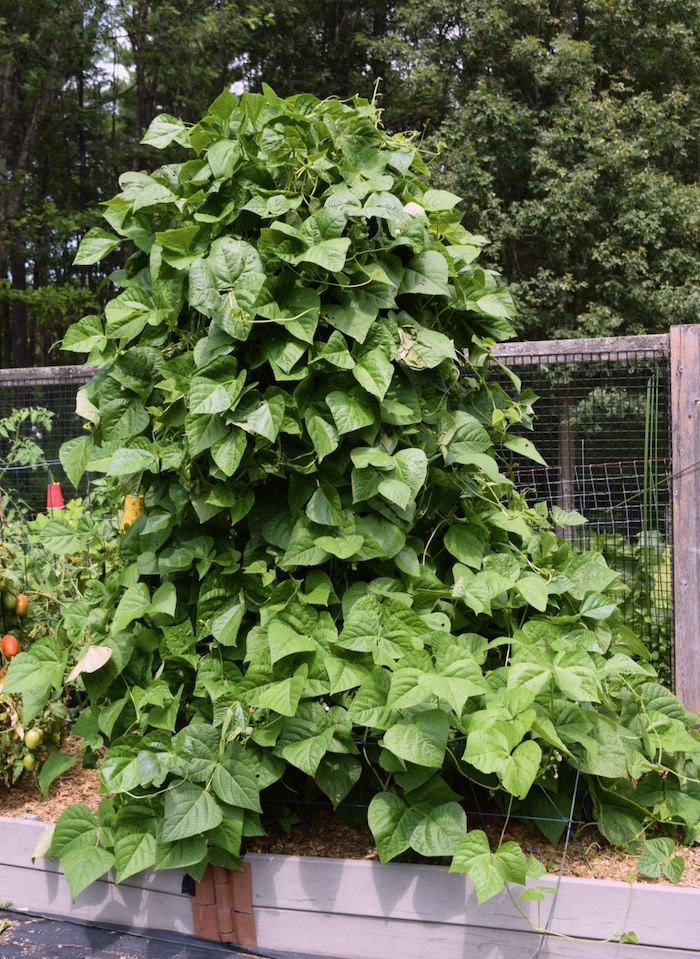 Paper wasps aren’t as aggressive as hornets, but they are defensive of their nest and I was stung three times on the ankle. For several days pain and swelling spread up my leg. It was scary enough that I had to give up on the garden that year.

There are hornets here at Turtle Hill in Maine. When the leaves fall their tell-tale nests are exposed. They look just like the “bee’s nest” that Winnie-the-Pooh desired. (The illustrator got that so wrong! All poor Winnie would have gotten was a stung paw. Wasps don’t make honey.) The hornets high up in the trees tend not to bother me. But paper wasps like to build nests along the house’s eaves and by the doors. If they’re where I am, they’ll go after me. Their nests are flatter and smaller than the hornet’s bulbous nest and difficult to locate and remove.

This spring I was afraid to take Scooter out the back door. The same was true of the front door. I’d seen wasps. They would land on the window and were flying around the eaves. So this year I tried a trick that I found online. I also read online that it was a myth and wouldn’t work. I tried it anyway. The idea is to put up a Patio Eden by Maad Brands - Wasp Nest Decoy - 3 Pack- Eco Friendly Hanging Wasp Repellent by each door. Hornets are territorial and they’ll avoid constructing a new nest if one is already there. However, hornets weren’t my current problem. I hoped that paper wasps were unlikely to forage anywhere near a hornet nest. Perhaps a fake hornet nest would keep my feared nemesis, the paper wasp, in check. 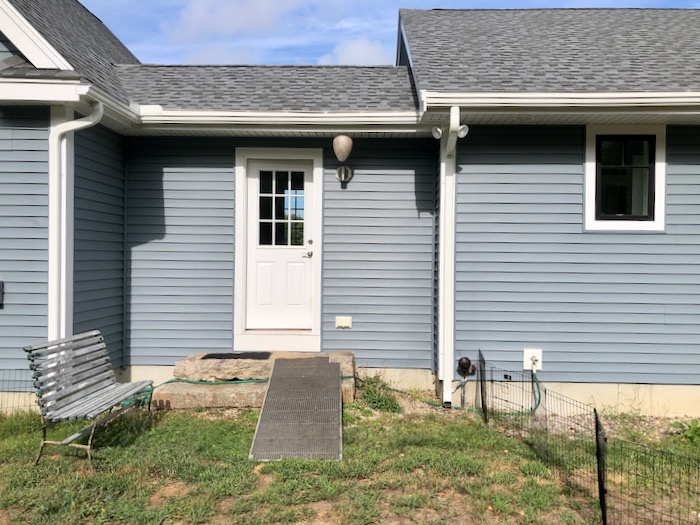 The fake nests seemed to have an immediate effect. All summer the entryways were free of wasps. Then a windstorm took down the decoys. The next day the wasps were back. The fake nests were hung back up. 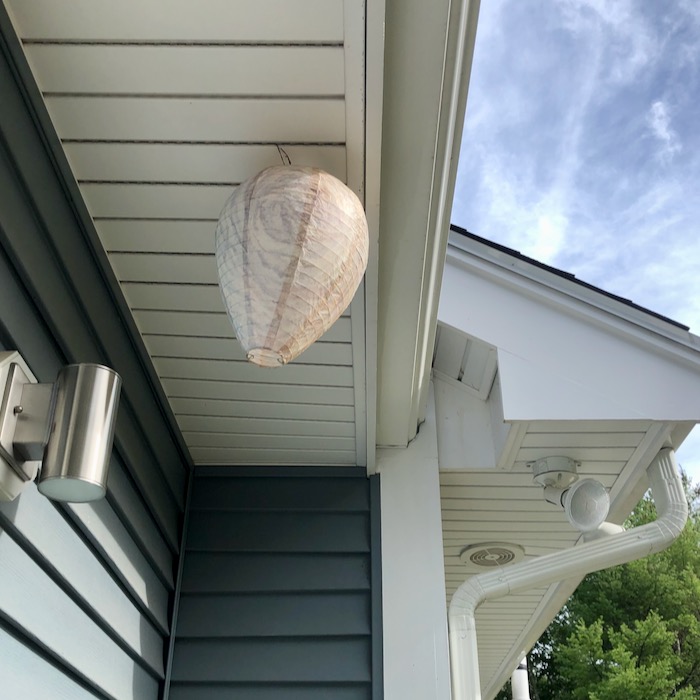 I can find no research on interspecies wasp territoriality. There’s also nothing on how far apart hornets construct their nests. (I can understand why this wouldn’t be a popular PhD topic!) My success with the fake hornet nests is purely anecdotal. No matter. They’ll come down after the first frost, and they’ll be back up early next spring.

It seems that they’re fooling the wasps.

Not the dragonflies, though! 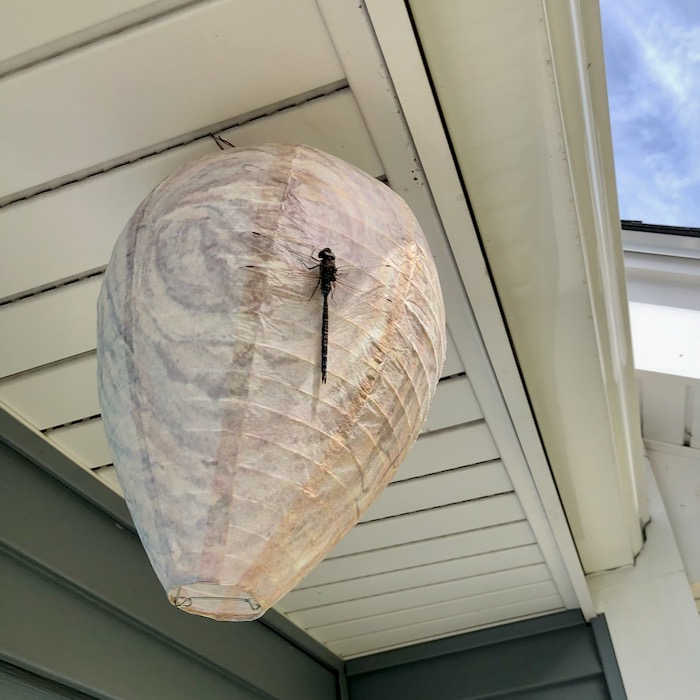 For an overview of the difference between yellow jackets and hornets, go here.

For a description of the sort of brown wasps I’m describing in this post, go here.