Tonka and I continue to take our weekly jumping lessons. It’s fun for both of us, and something I know we’ll keep doing, so I purchased some new (used) gear for it. I bought a buttery-soft French saddle. 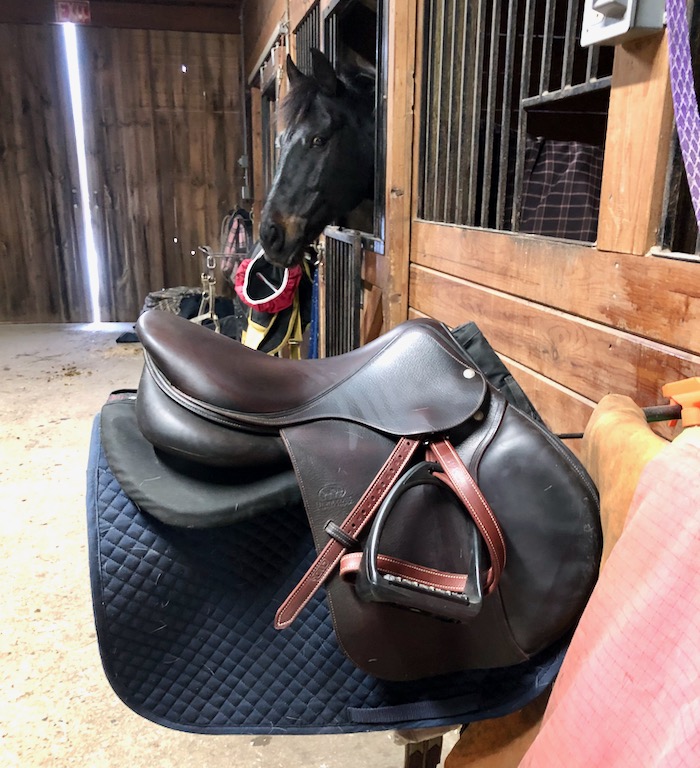 It’s half the weight of my dressage saddle, and I have to say I like that! I’m still getting used to the feel of much shorter stirrups and sitting higher on my horse. All of the dressage work, though, hasn’t gone out the window. Tonka moves easily off of the leg that I do have on him, so I can keep  him straight to the jumps and balanced on the turns. 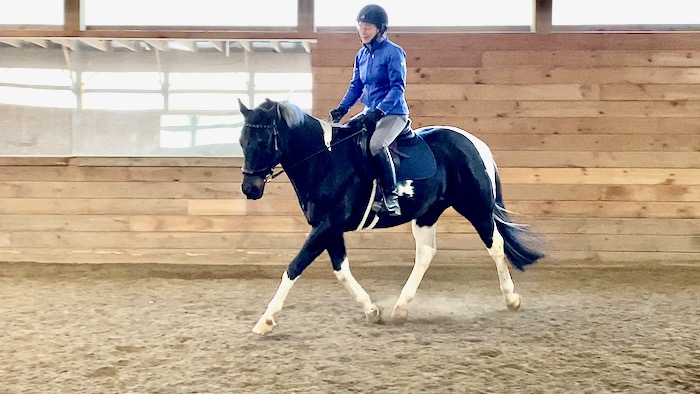 Tonka understands bend and counter-bend, both of which are useful for jumper courses. Even when those courses are made of jumps this low!

Tonka continues to jump with perfect form, sometimes letting us know that he’s perfectly capable of going higher if only we’d ask. 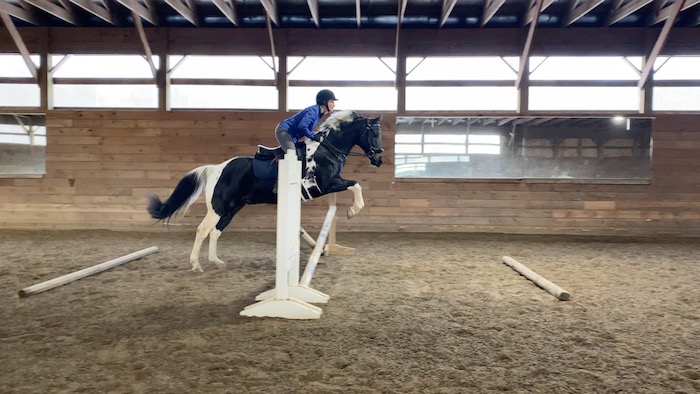 For now, though, it’s steady and even into and after the cross-rails.

It’s not just me keeping Tonka from going at speed. In the winter the turnout area is frozen and lumpy. Tonka is a sensible horse so mostly stands around, keeping his body in one piece. Recently, though, we’ve had a March thaw, so Tonka has finally been able to let loose in the outside sand ring.

What’s so sweet is that when he was done with that, he trotted up to me so see what we should do next.

But I think we’ll keep those sprints to outside, unmounted play!