When Tonka shakes his head, something is going on with him, and I’d better listen. I first noticed this early on, when on a trail ride a friend who was up ahead put too much distance between us. Tonka wanted to trot to catch up. I wanted him to walk faster. He shook his head, then let loose with a classic bucking bronco leap. Since then I’ve noticed that he always does a head shake before a buck.

A few years ago, Tonka started shaking his head at his poll. It was a little gesture, but out of the norm. I called the vet, who couldn’t find anything. I discussed it with my trainer. We tried an ergonomic bridle. He still, once in a while, twisted his head and shook. Finally, when the symptoms worsened and I took Tonka to the veterinary hospital, he was diagnosed with bursitis in the poll. (This was caused by too-high hay nets. Which is another story.)

When Tonka had sacroiliac issues, the first sign that he was in discomfort was a head shake before the canter transition. It’s his tell. Just like a change in demeanor tips off other players in a poker game, what my horse does with his head is a clue that there’s something up that I’d best not ignore.

I had a jumping lesson yesterday, and it was going great. 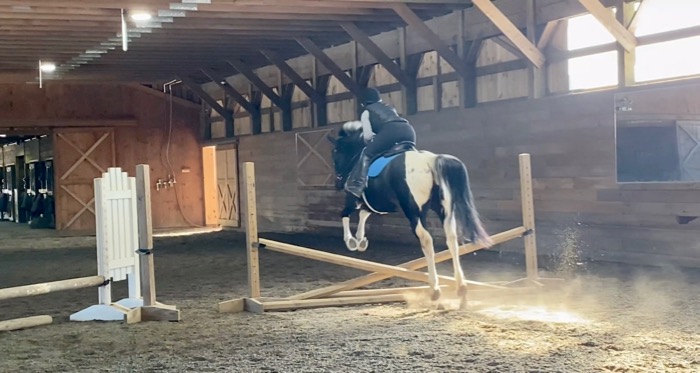 But after he picked up a canter on a small course, he started to shake his head, and kept tossing it.

Was it discomfort from cantering? We still have some issues with that. Once in awhile, especially to the right, he gets stuck. Instead of picking up the canter, he does this. 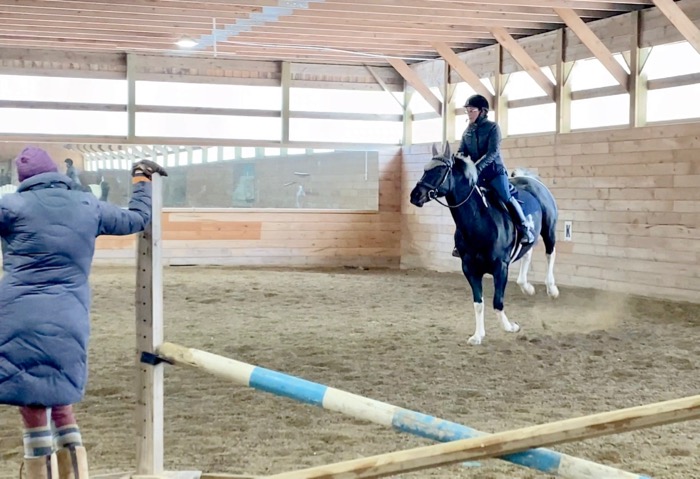 When this happens, I send Tonka forward into a big trot, he unkinks, and later we’ll try again. We’re not sure what the situation is. Weak stifles? A locked patella? X-ray, scintigraphy, and all sorts of other diagnostics don’t show anything amiss.

So when he started head shaking into the jump, I questioned whether it was because Tonka had just then picked up the canter. However, earlier in the lesson he had happily cantered on his own before and after the obstacles. 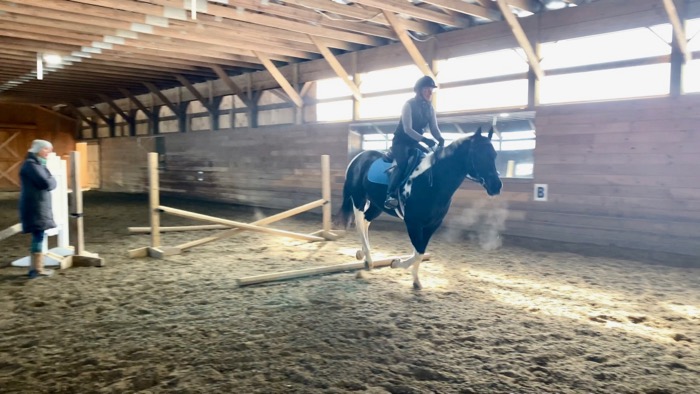 What could it be?

Tonka shook his head at the walk, too.

So, this “tell” was not about the canter. What was bothering him? I stopped to discuss this with my trainer, Steph. See that head tilt and his right ear back? Tonka was trying as hard as he could to communicate exactly what was annoying him. 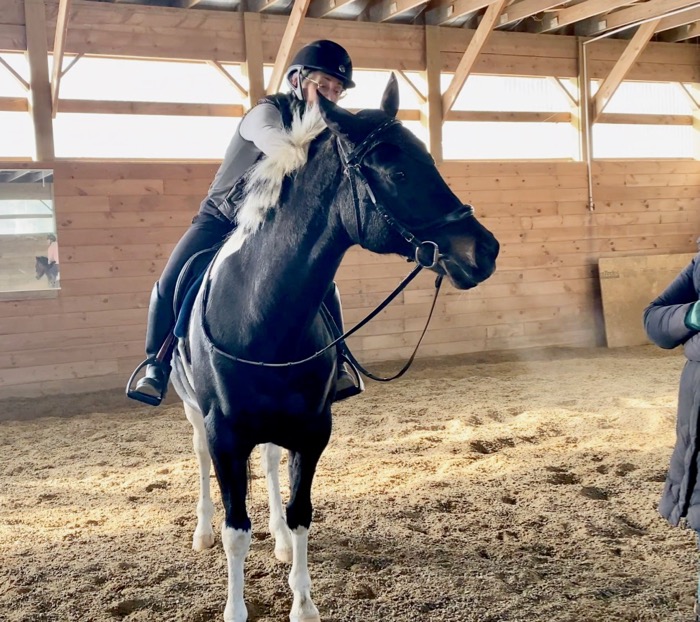 I thought he seemed itchy. He was, but dense me – I scratched him in the wrong place! So Tonka went to Steph for help. She knew what to do.

That taken care of, he jumped some more. 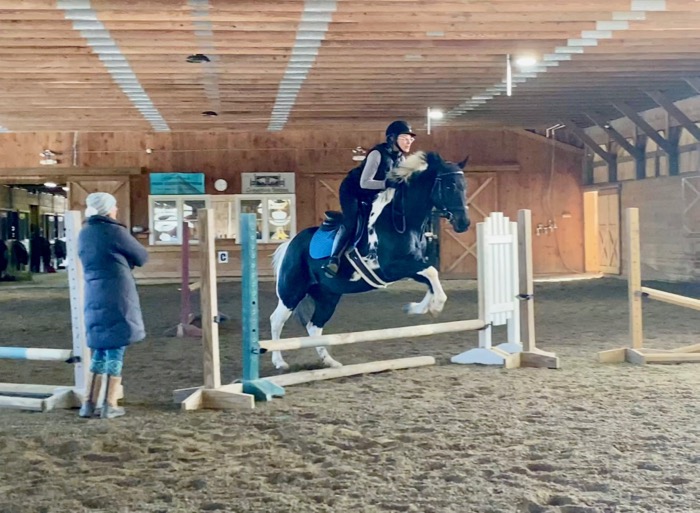 But as soon as we were done, he shook his head so hard that his mane flipped from side to side. I jumped off, removed his ear bonnet, and rubbed his ears. Then, back in the barn, did it some more. 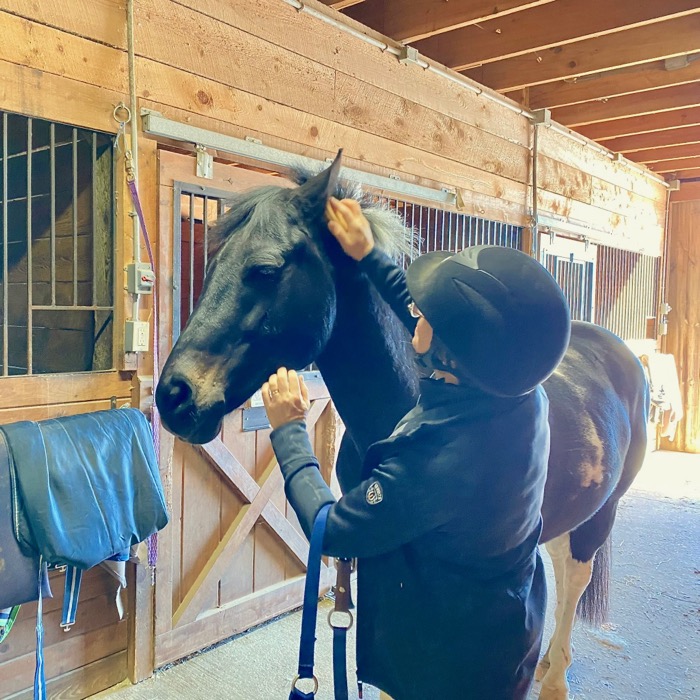 Just what Tonka needed. He was relieved that I’d listened to him.

2 thoughts on “What’s Bothering You, Tonka?”