Most horse people are aware that horses have blind spots. It’s something that I learned about as a kid. Which is why this advice is common knowledge:

But those words of wisdom are far from the whole story.

Horses have phenomenal panoramic, lateral vision. Each eye can see a horizontal field of about 190°, and when combined it becomes about 350° – only 10° less than true surround view. It’s hard for us humans, who are forward-focused, to imagine this.

Here’s an image that tries to explain their field of view. What we humans see and pay attention to is the area in the red square. The horse sees that and everything all the way around and behind. It looks flat on this computer screen, but imagine that what you’re seeing is on a curved wall, and that you don’t have to turn your head to take in any of it. Mind blowing! 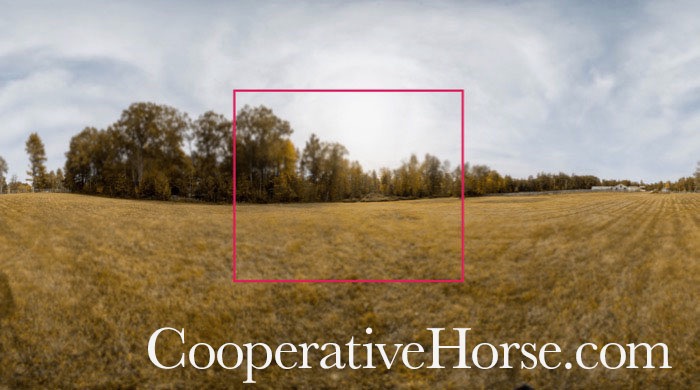 Although the horse can’t see what’s directly behind their tail, all they have to do is turn their head slightly to get that piece into their field of view. That said, it’s still very good advice to let your horse know you’re coming up behind them (they can be focused on something else, or asleep, and be startled. I was once kicked over an electric fence because I came up behind a dozing horse.)

What I’d heard about the blind spot in the front of the horse was the piece that needed more updating.

Because the eyes are spaced wide apart, there’s a spot in the middle that the horse can’t see. I always assumed that it extended rather far out. It doesn’t. This image shows exactly where the blind spots are. Between the eyes. Under the jaw. Above the poll. 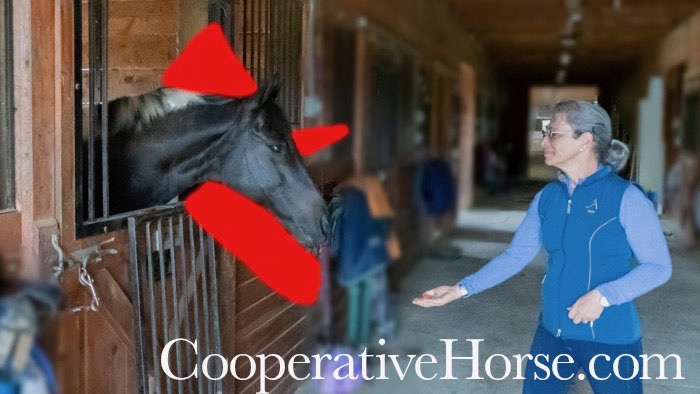 My assumption was that if I held out my hand in front of my horse, that it’d be in his blind spot. Not so. My hand is in his field of view.

Horses have terrible close-up vision! If they were humans, they’d be wearing glasses. 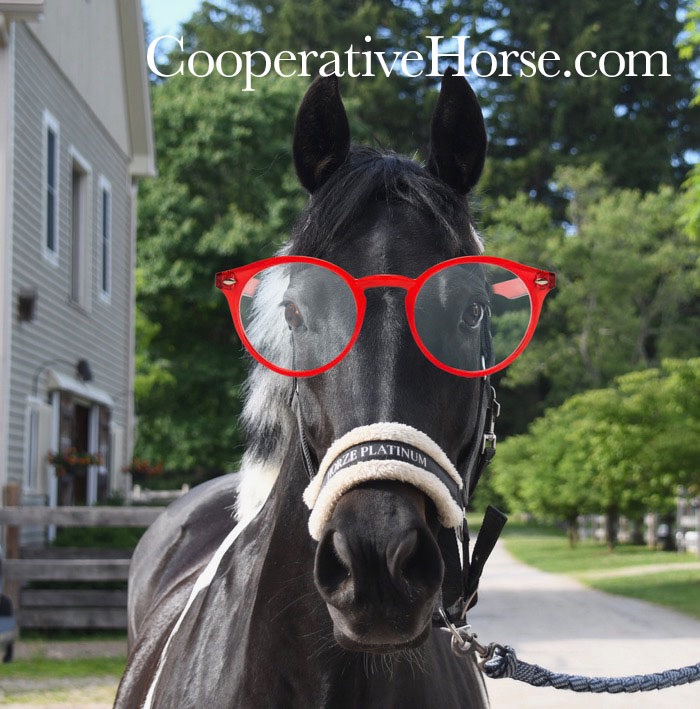 So, this is more likely what he sees when I approach. 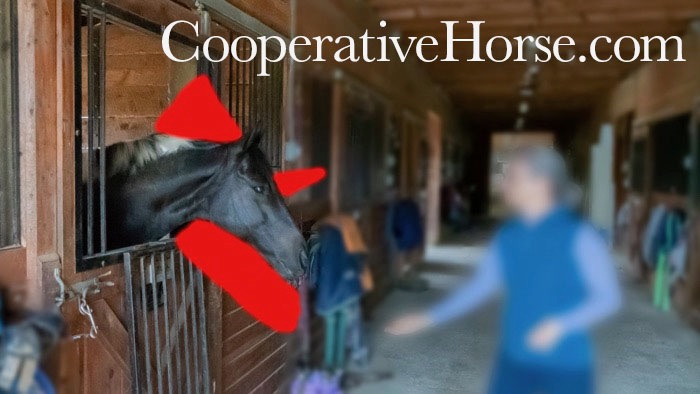 Which is why it’s still very good advice not to march up to your horse and pat their forehead. No horse likes that. 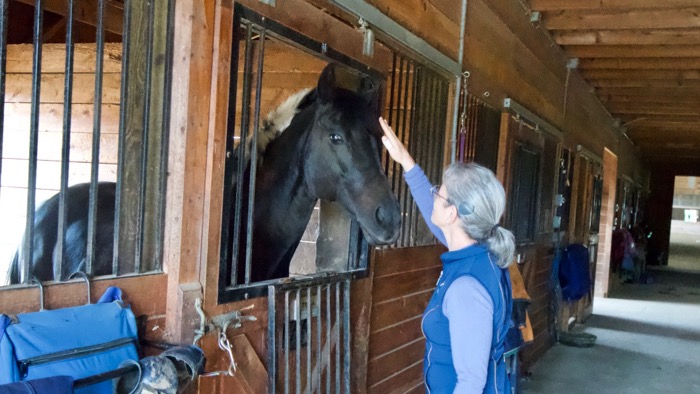 Instead, say hello. Stroke the neck, scratch the ears, and then you can rub that blind spot between their eyes.

For more of my blogs about horse vision, (including color vision, and their visual streak) go here.

(Note: many thanks to Steve for taking the science and figuring out how to explain it visually in the photos. Also, to my son, Daniel, for putting such stylish specs on Tonka.)

6 thoughts on “Your Horse’s Blind Spot”