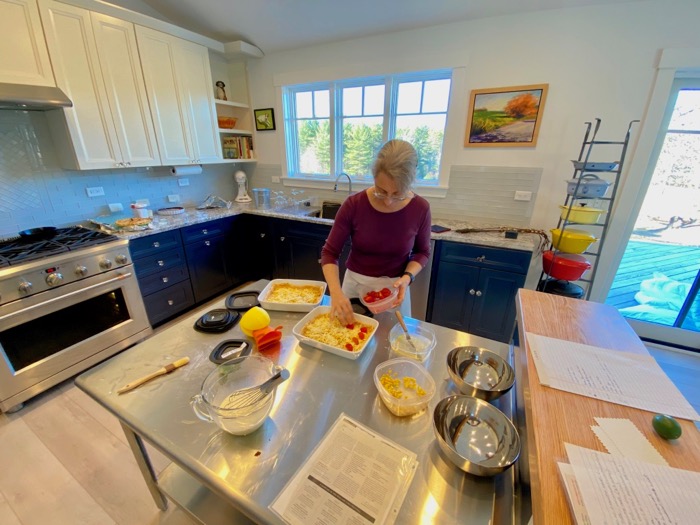 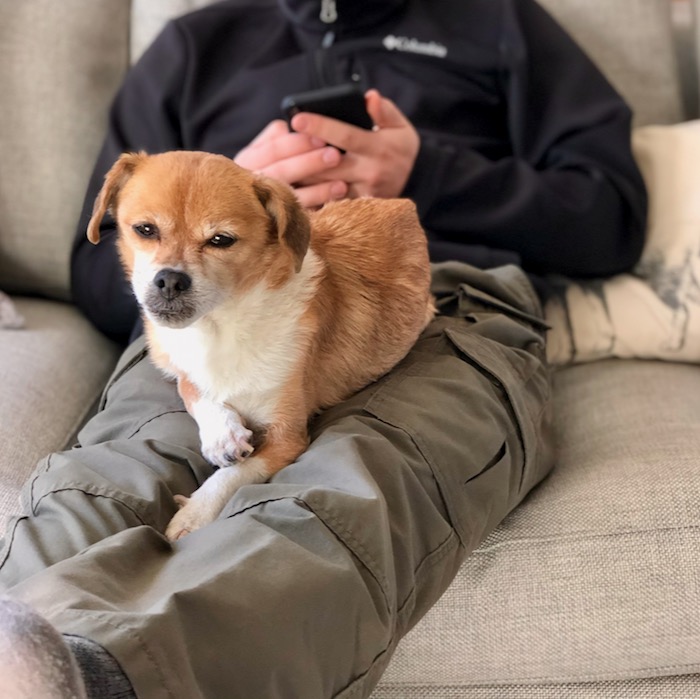 Each person eats about half a pie, which sounds like a lot, and it is. Partly people eat that much because there are so many pies to taste. Seven fit on the table. When one is finished, a new variety is set down. 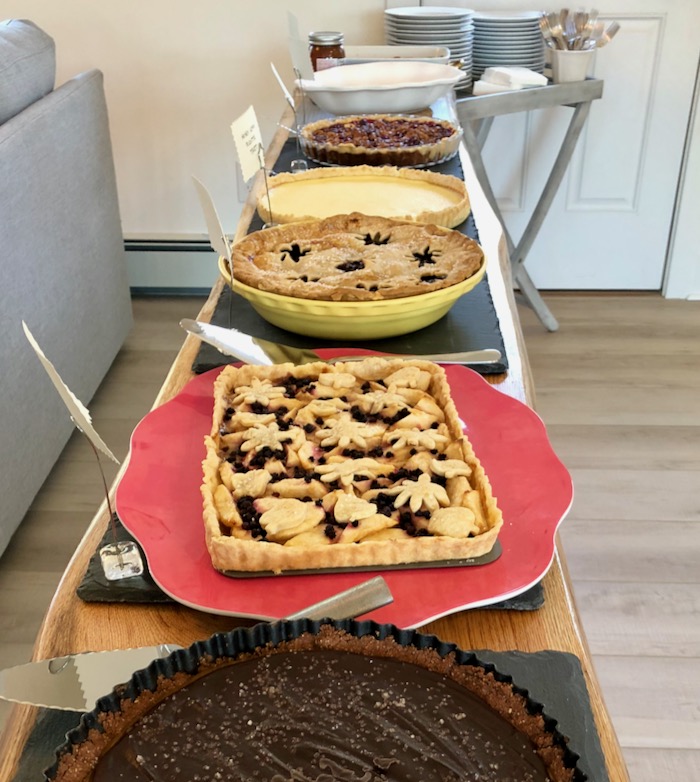 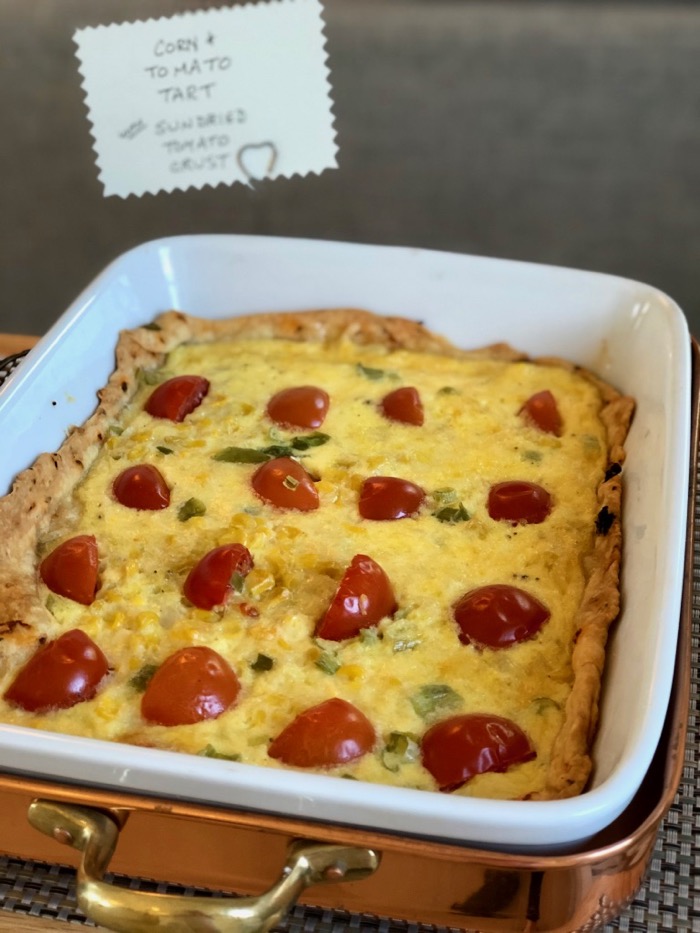 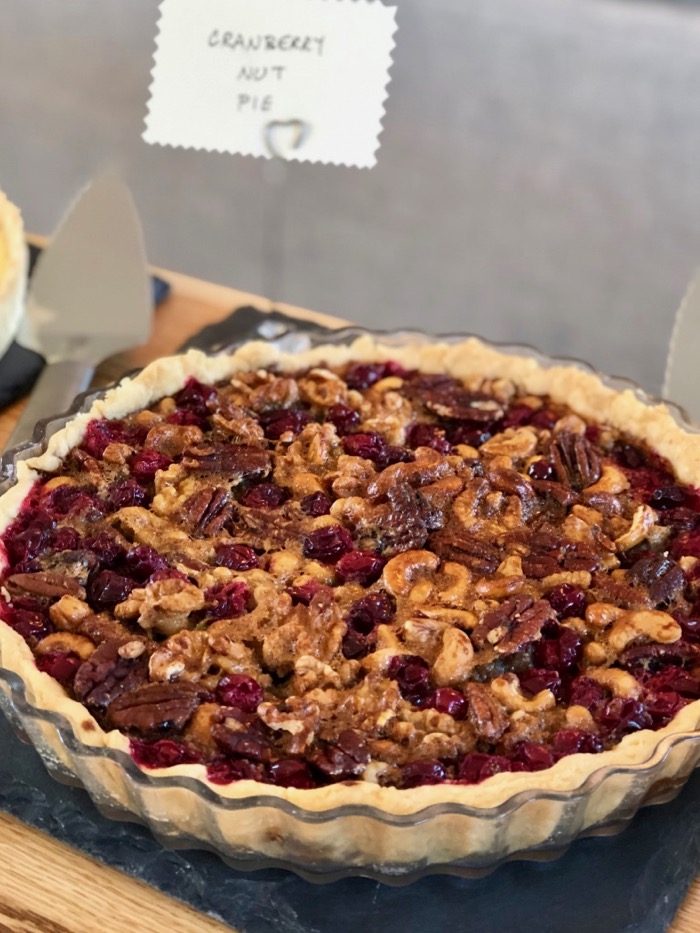 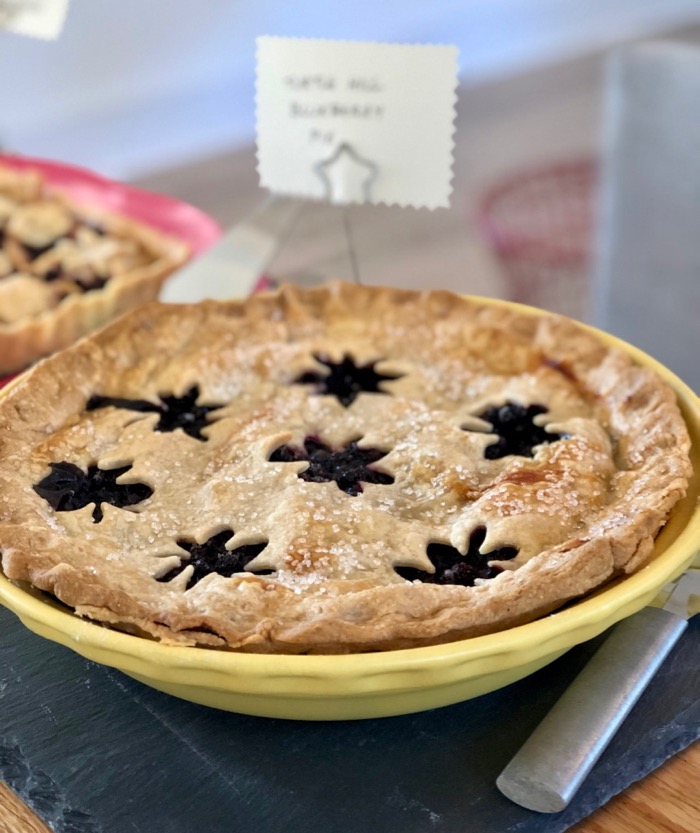 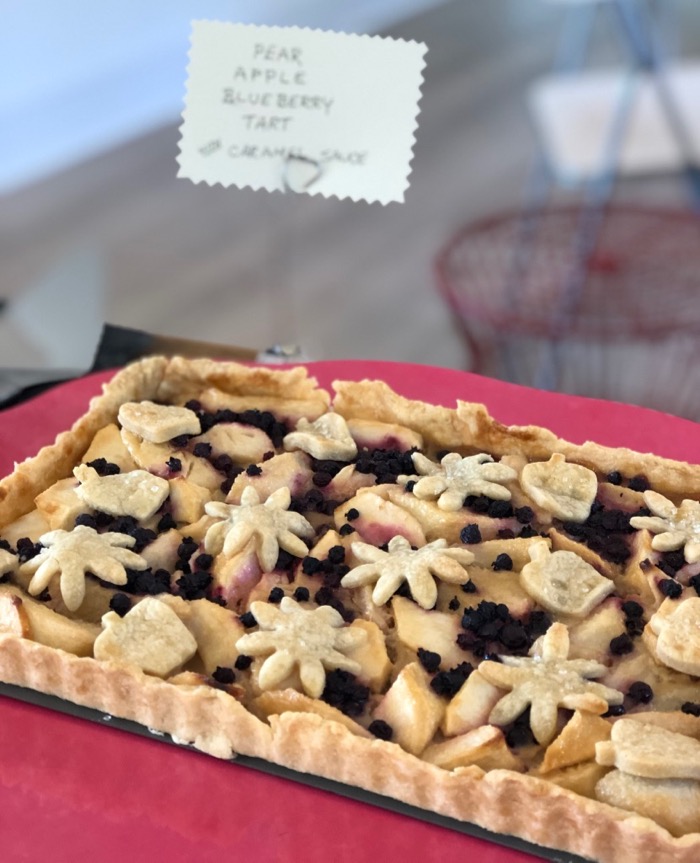