It’s still raining. The grass paddocks are a soggy mess and the horses are being kept in. Tonka has an in/out stall, which means he isn’t confined to his box, but also has access to an attached dirt area the size of two more stalls. At least he gets fresh air and can move a bit in that space. However, it’s still a lot of confinement, so, along with riding an hour daily in the indoor arena, I’ve been giving him a half-hour of hand-grazing in the drizzle. But he’s still bored silly and despite being a mellow horse, the energy builds up.

Yesterday there was a break in the downpours and I let Tonka loose in the outside sand arena to let him stretch his legs.

Tonka invited me to play, and I told him that running and bucking near a human is not acceptable.

So he went off and did it on his own. 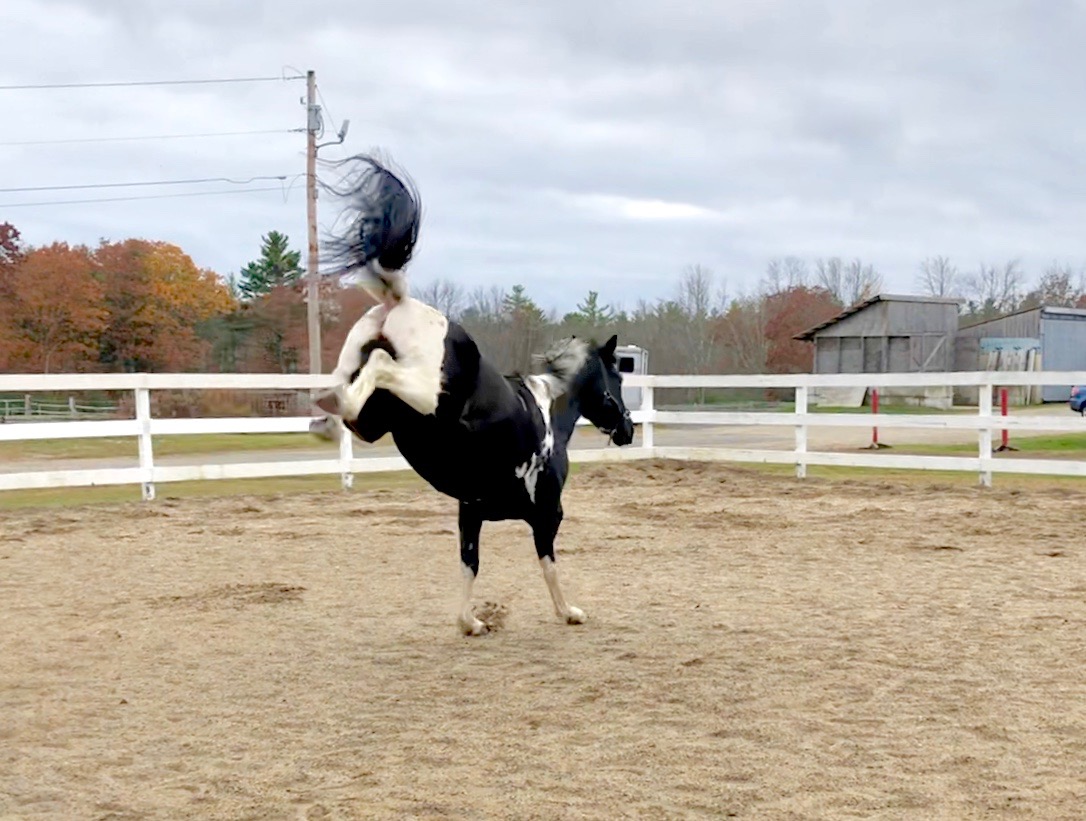 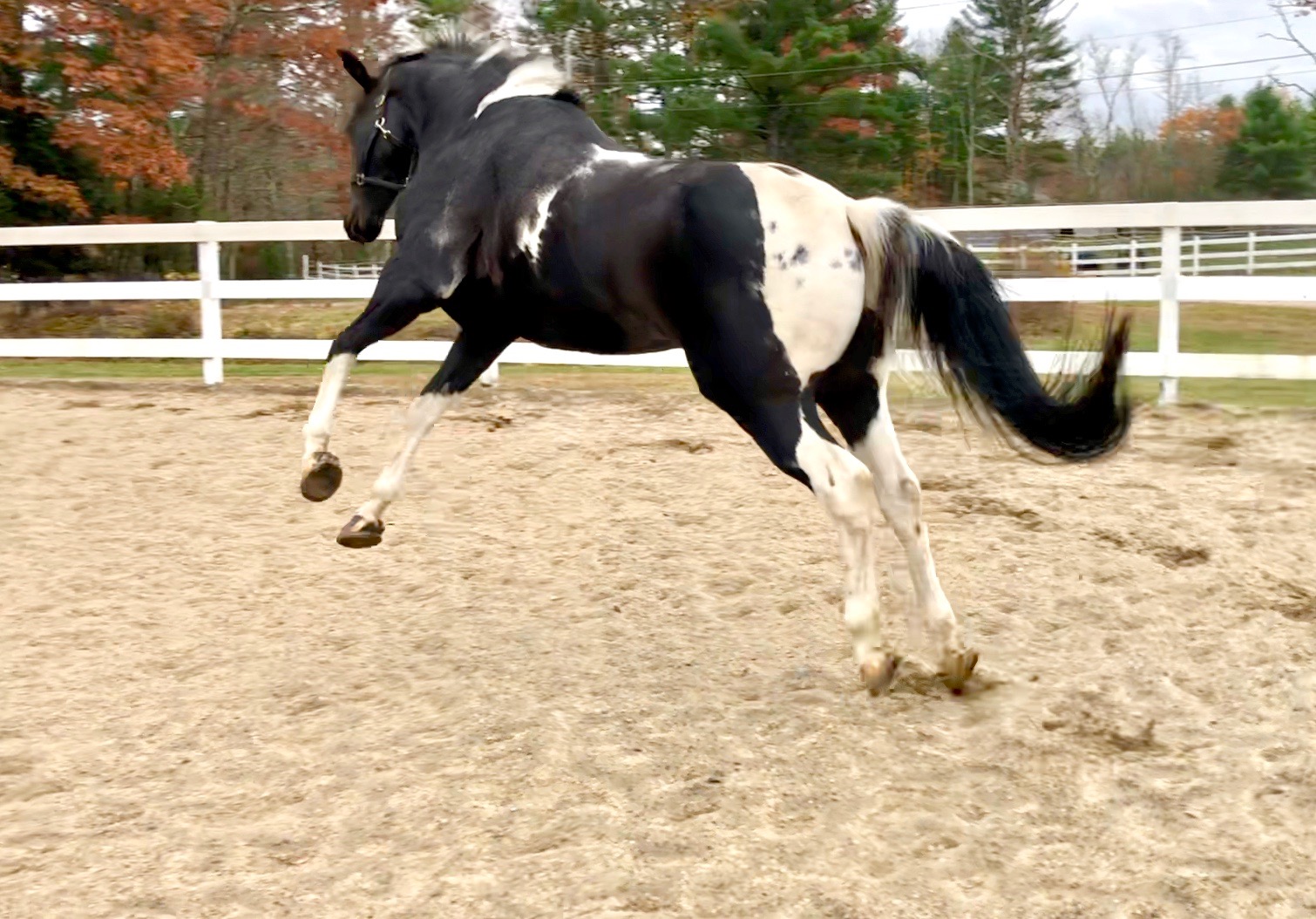 Just for fun, he trotted over a pole. 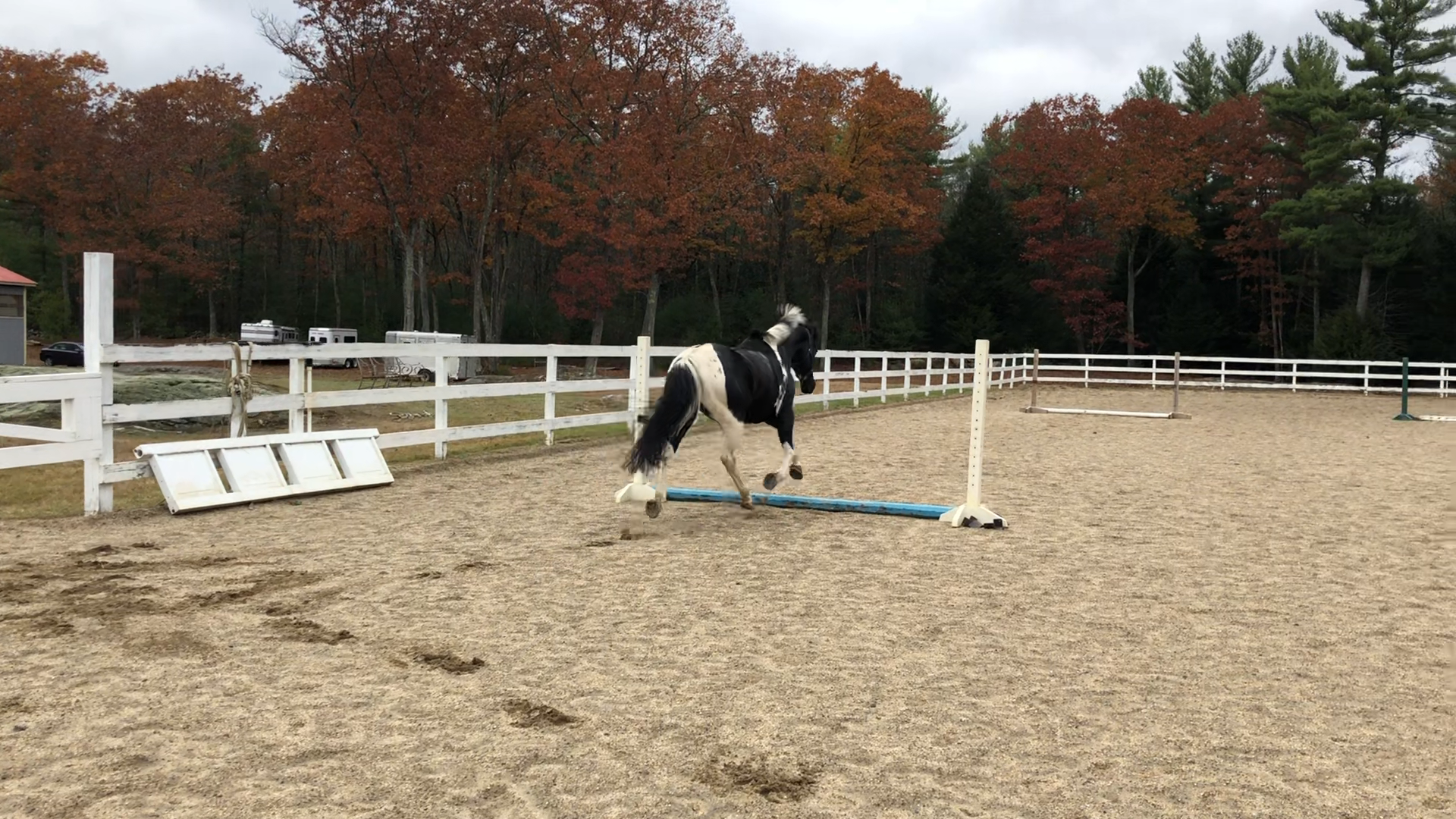 He made his trot stride as big as it could be. 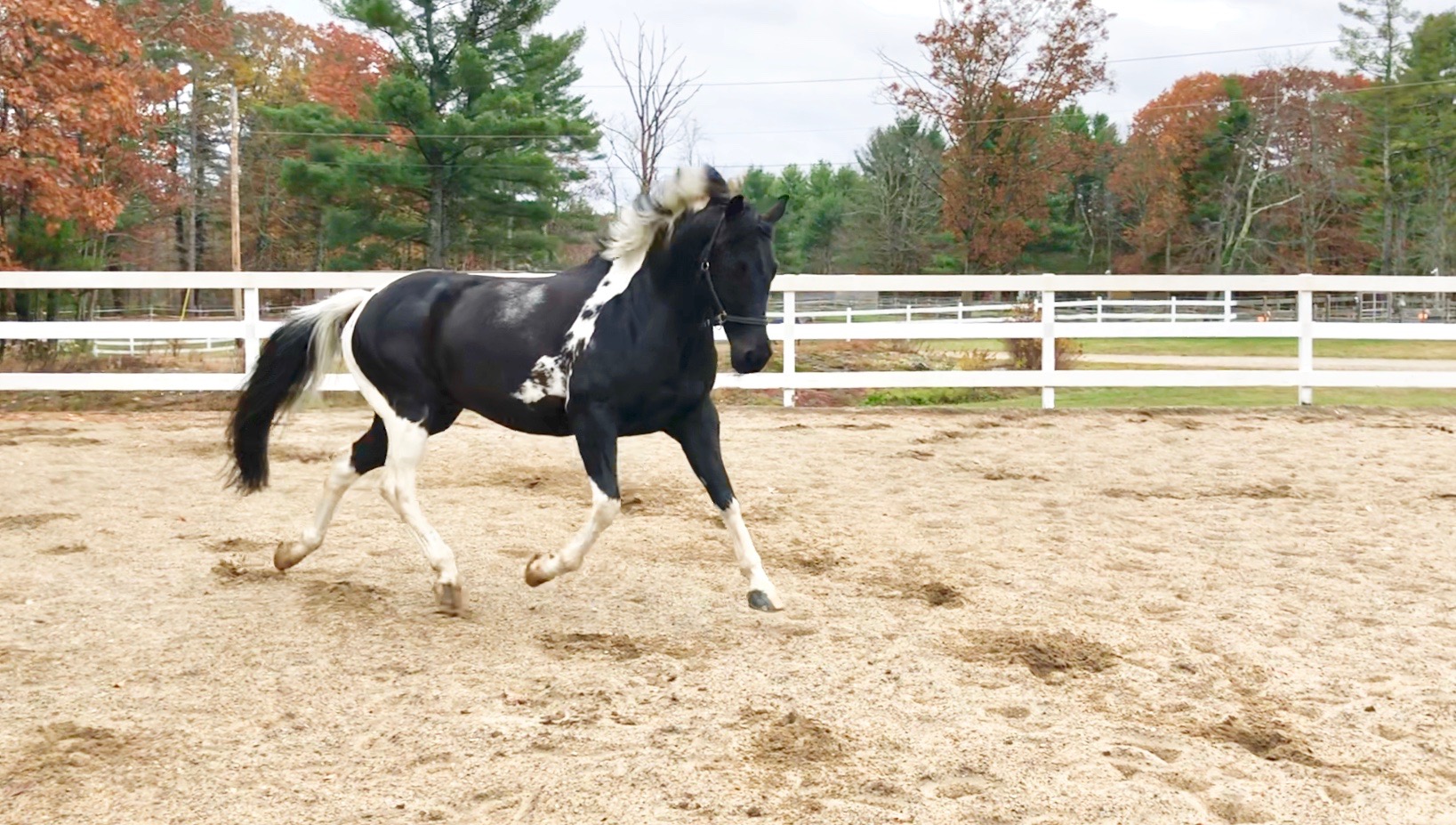 He leapt and bucked.

This is what he crammed into those four seconds you see in the video. 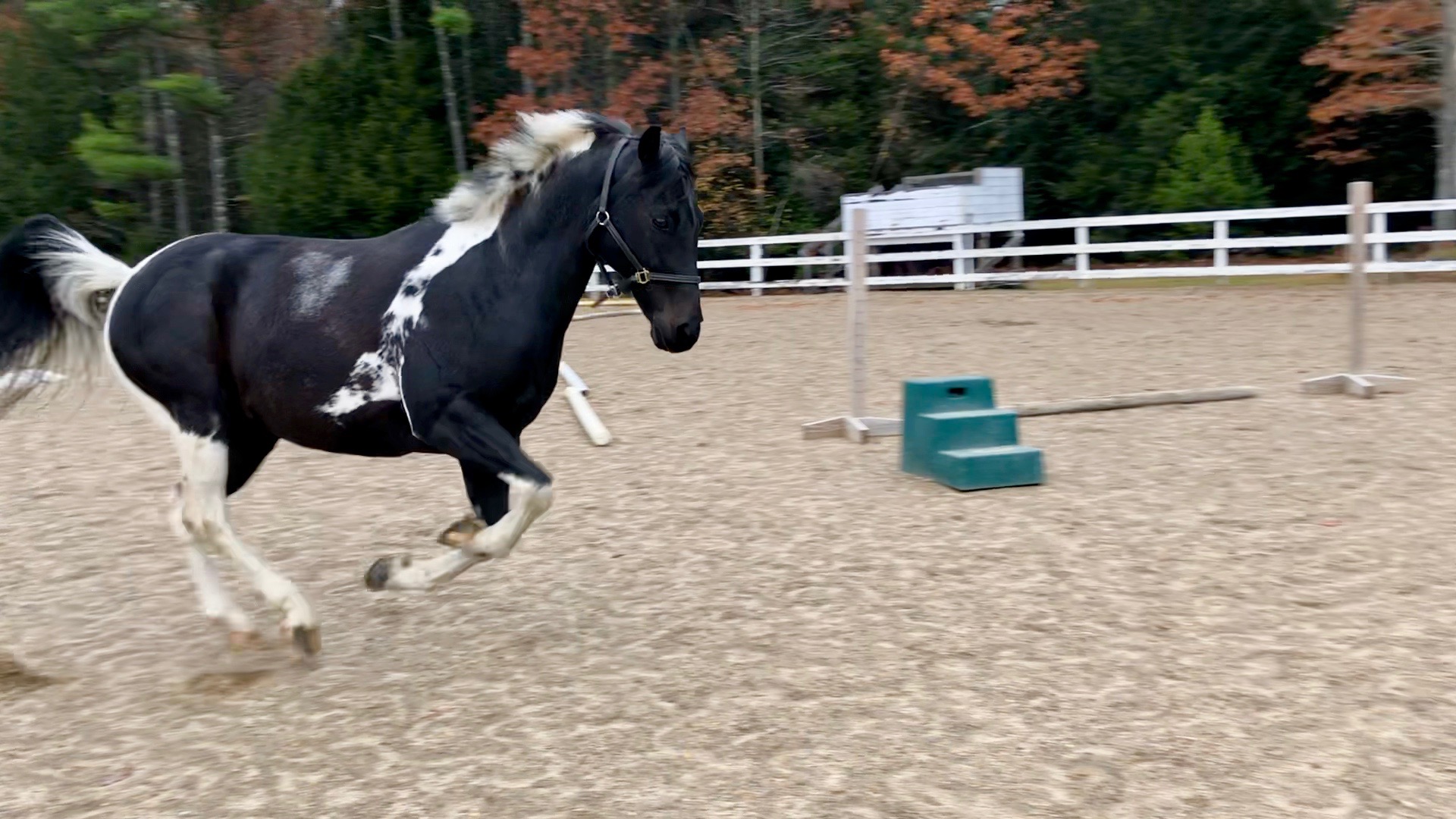 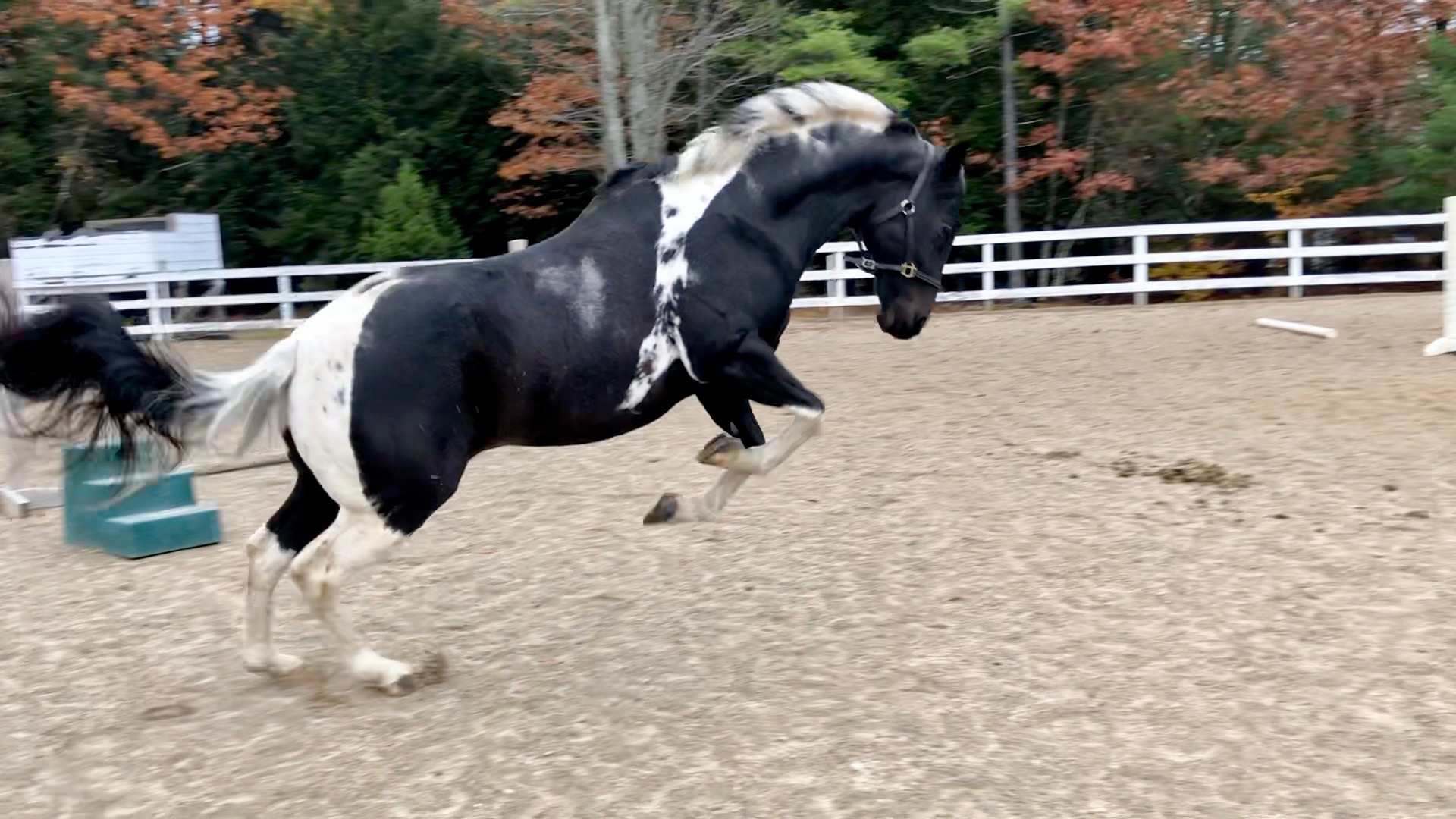 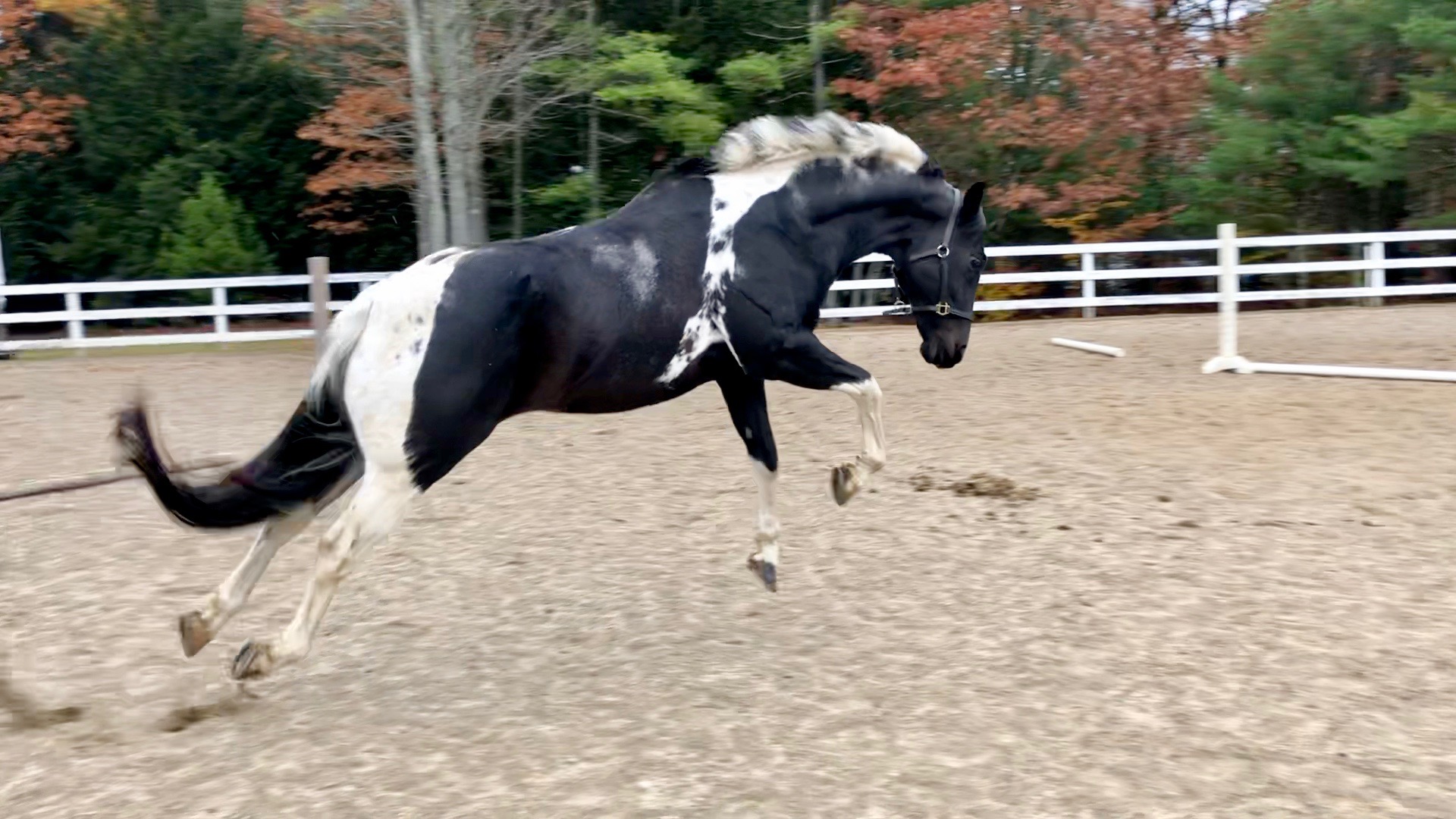 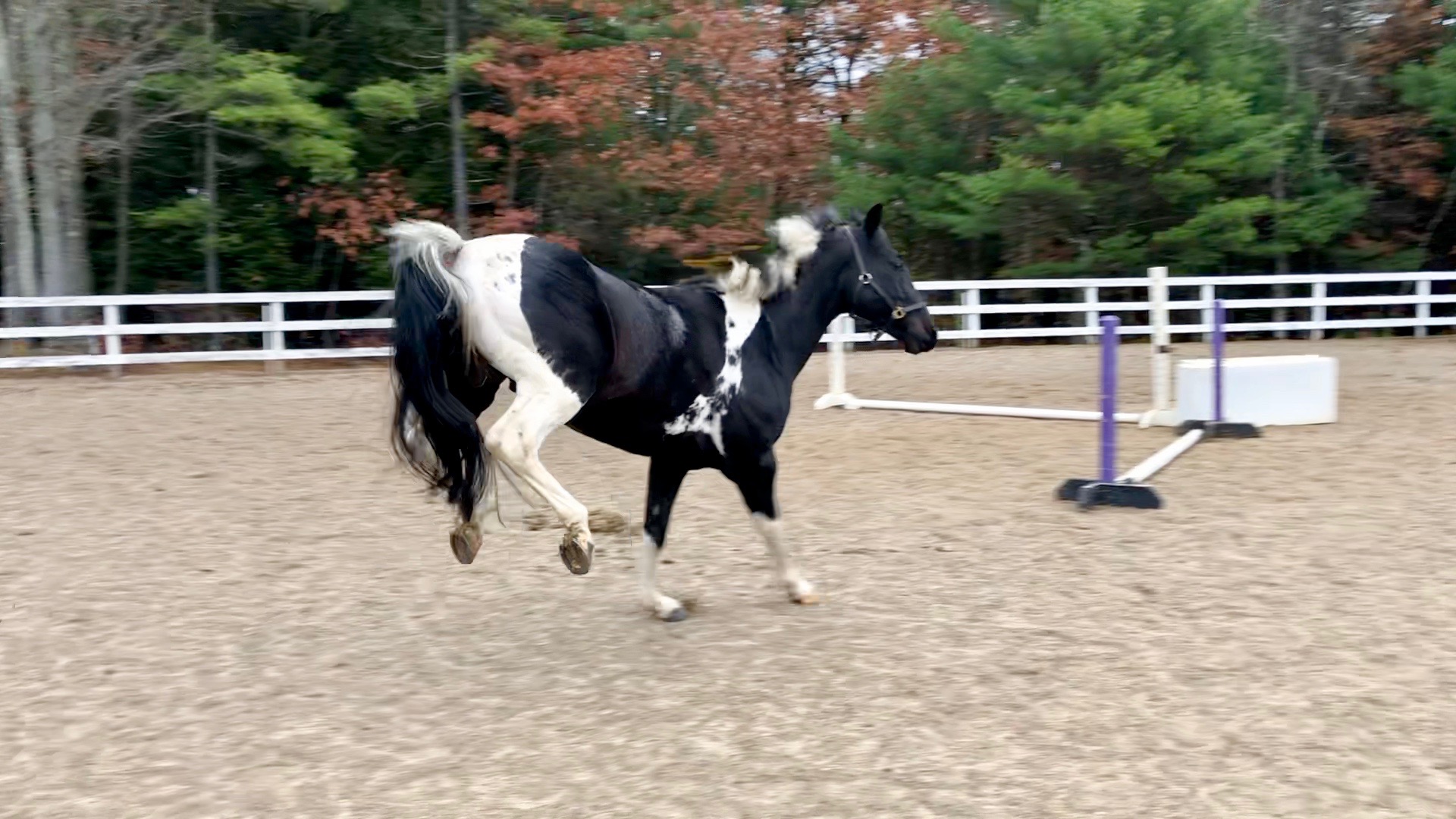 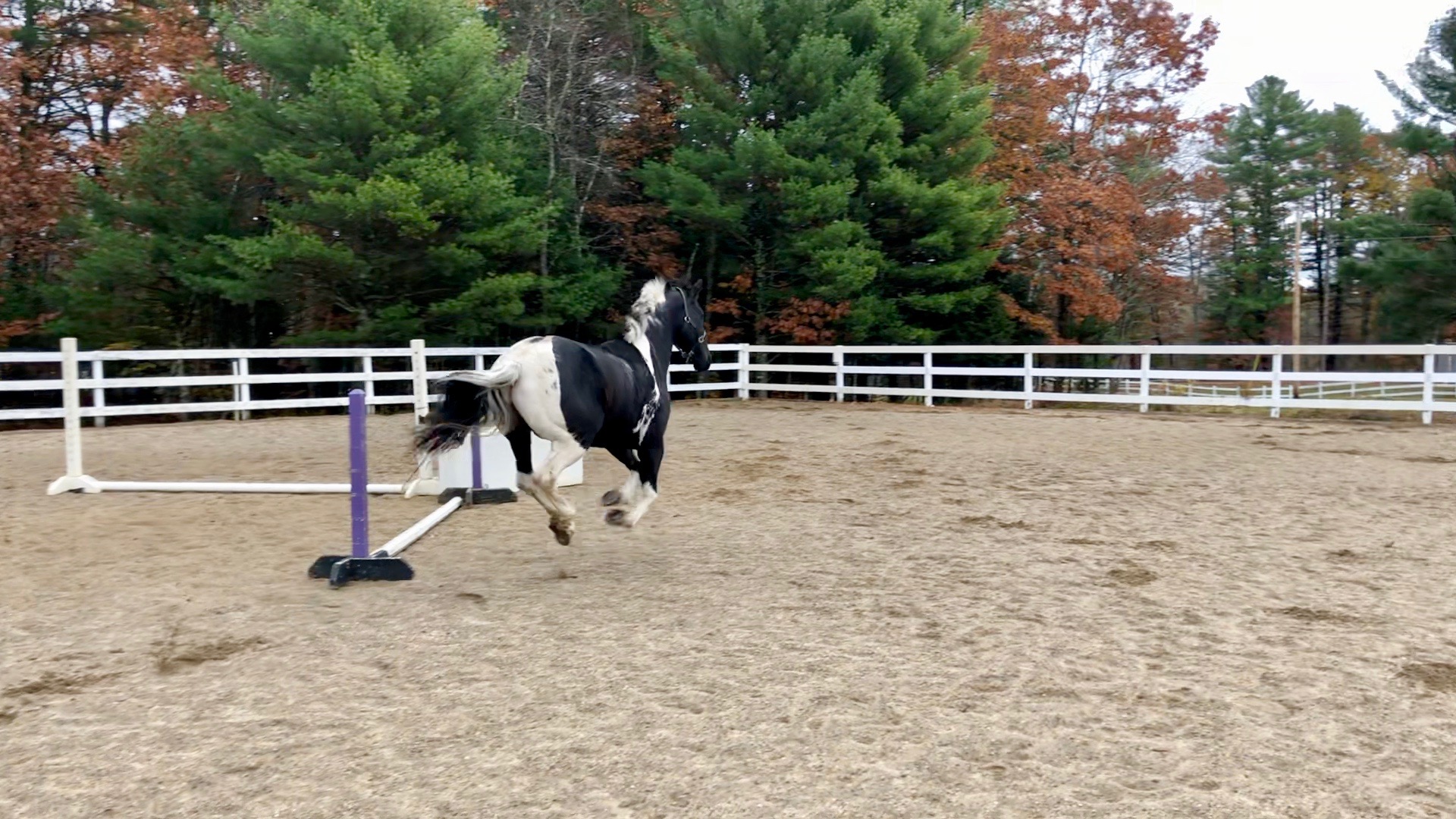 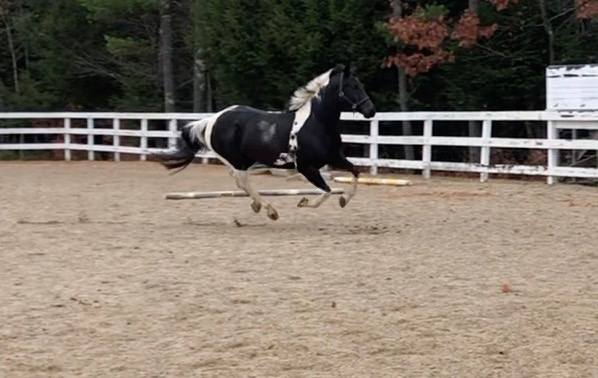