I’ve wanted to have long ears in my life for ages. However, donkeys and mules are a lifelong commitment (they can live 4 decades) and require specialized care. You can’t just pop one into your backyard. Happily for me, Jessica Gonzalez lives only 10 minutes up the road from me at my new home in Maine. I’ve known her for years through the R+ community. She has an equine rescue on her property. Mostly, she takes in massive draft horses, but she also has two burros, Sunflower and her daughter Nymph, saved from a hoarding situation in Texas. These two donkeys live a happy life with children (who are trained in the ethos of positive reinforcement) who dote on them. The burros love handling – except for their legs and hooves. The volunteers at the rescue have been slowly getting the donkeys used to picking up their feet and standing for trims, but last year Sunflower required medical care that she didn’t like at all. That was a setback. Sunflower also developed scuzzy legs (pretty much a technical term with us equine people). Fly season made it worse, so Jessica got tiny

for Sunflower, which alleviated some of the stomping, but didn’t get rid of the scuz. 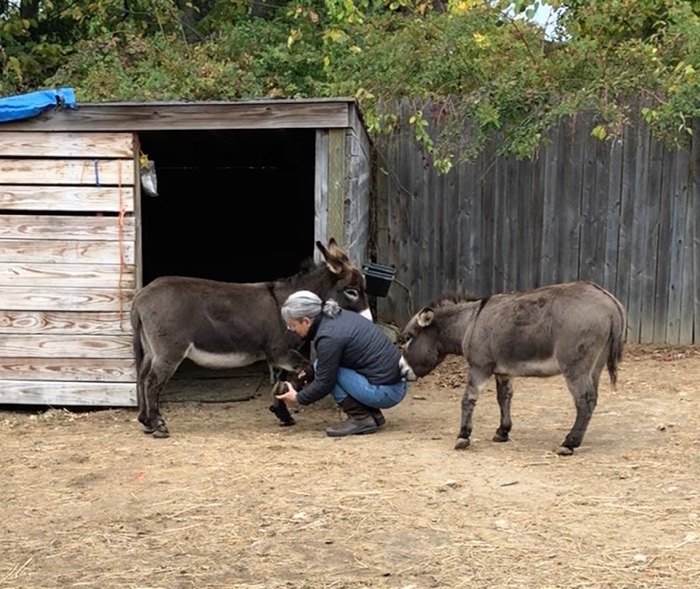 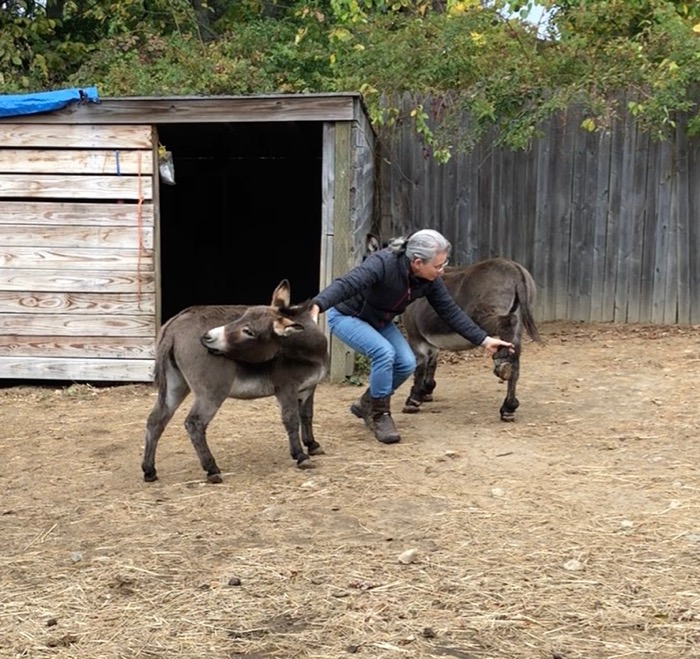