When I purchased Tonka (not quite six years ago), he went in a simple double-jointed snaffle with an oblong bean in the middle. This is considered one of the least intrusive bits that one can use. Tonka didn’t come with tack, so I tried to find a similar bit. After a few failures (Tonka told me that they weren’t right) I found a bit that he liked, a loose ring version of the snaffle with the bean. We used that until this past year, when I noticed that my horse, in moments of boredom, was playing with the loose rings. I think that he liked making the jingly sound that he produced when he rotated the rings around by making faces.

This is what happens when one has an inventive and clever horse.

So, I purchased a bit almost identical to the first, except that it had fixed rings. Bits are expensive, and I opted for the $45 version, not the $125. Tonka took right to it and I noticed that he kept his mouth quieter. But this was also when Tonka was having neck issues, and when he hurt, the first tell was that he’d open his mouth. I took this as a sign that he needed to go with a more open frame and not tuck his nose. As soon as he did that, his mouth would close again.

Most of the time, when Tonka opened his mouth (which can be a way to change how the bit sits on the tongue), it was subtle. Do you see it here?

I didn’t think that this was a bitting issue, but I didn’t discount that possibility. Perhaps the bit was that proverbial “straw that breaks the camel’s back.” In other words, if everything else was perfect, the bit wouldn’t bother him at all, but piled on top of other physical aches, the feel of that bit was amplified.

That inexpensive bit has always been a tad annoying. The hinge squeaks. A dab of vaseline fixes it, but I am obsessive about my gear. Those expensive bits have a beauty to their shape, and they feel different in the hand. Perhaps it would feel different in Tonka’s mouth, too? The squeak was the excuse I needed. I splurged and bought

The new bit is the one on top. 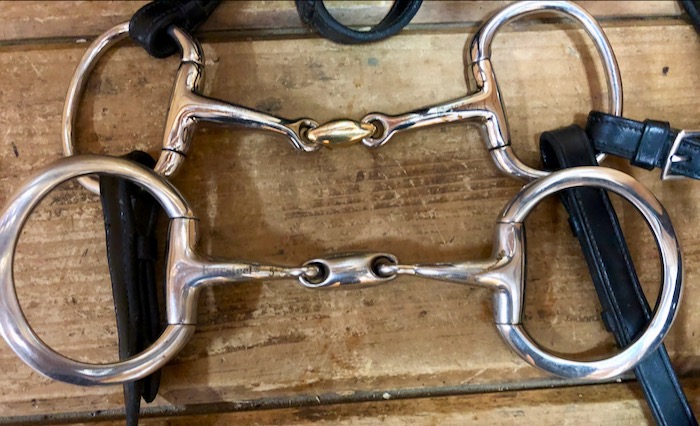 Other than the fact that the bean in the new bit is copper, I thought that the two were almost identical. But on close examination, there’s a large difference. 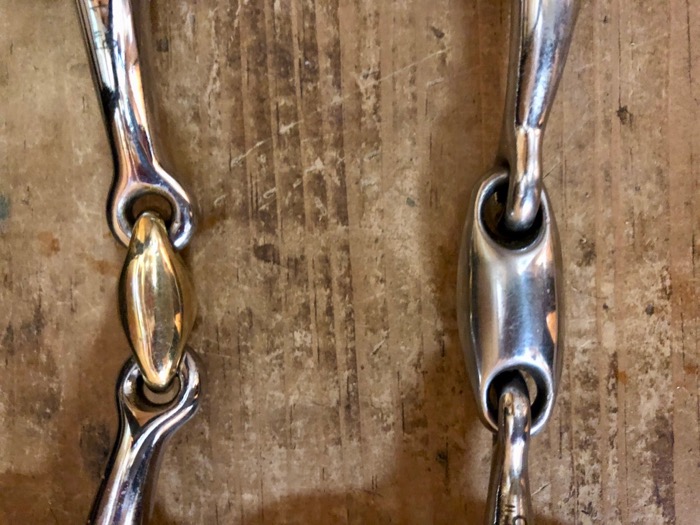 The joint holding the bean is at a 90° angle from his old bit. Would this matter to Tonka?

Tonka immediately took a liking to this bit. There was no fussing. No worry. 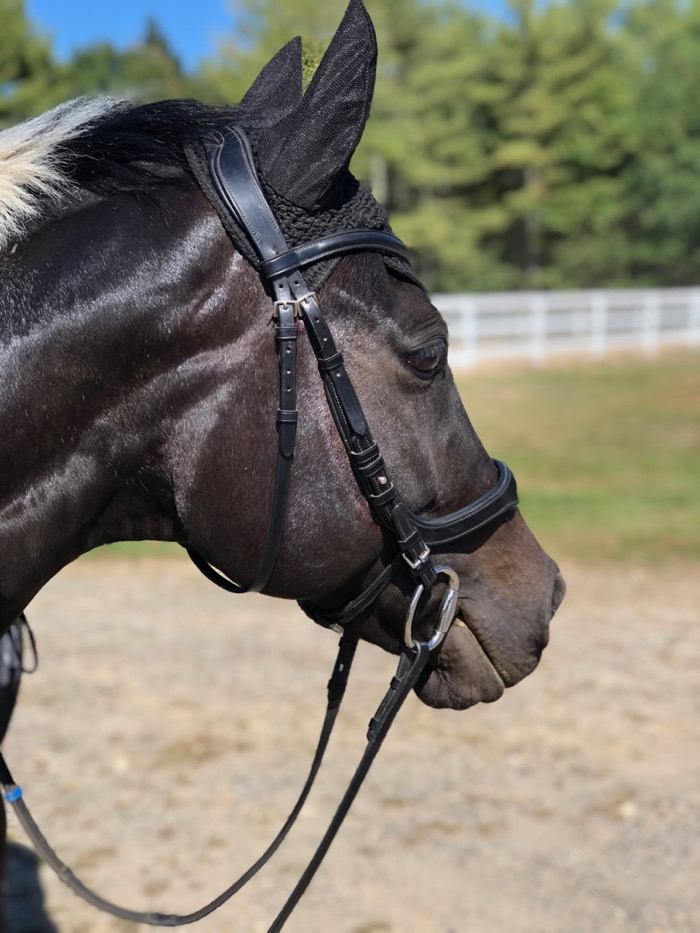 He’s keeping his mouth closed. Even when he is working this hard with his nose down. 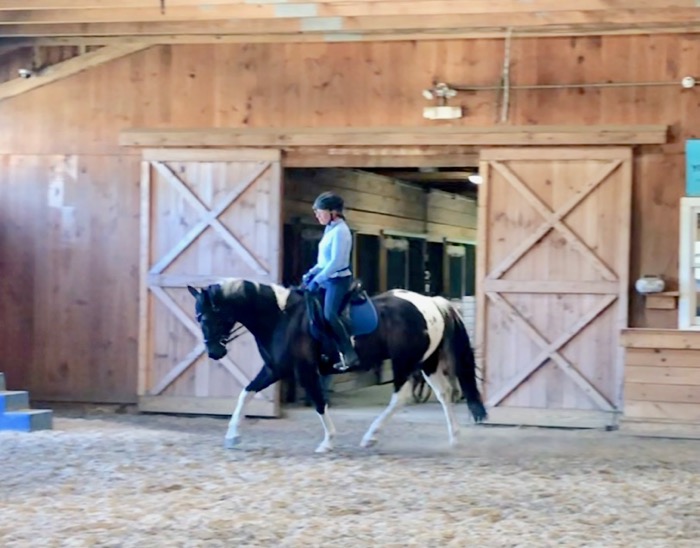 It’s just one piece to the puzzle of how to get and keep Tonka sound, happy and going with suspension. It was a small change, but each piece matters.

Note: I’ve written about why I use a bit, and what I think about bitless riding (it’s all good!) in this blogpost. I understand that some people have very strong opinions about going bitless. This blog is not the place for those discussions 🙂

Also note: For those of you who love beautiful tack – Tonka’s

is an anatomical design by Schockemohle. Tonka has a head that is challenging to fit. He’s between a horse and cob size, with fat ears, and eyes set wide so that cheek pieces come too close to them. This bridle solves all of those issues. Also, I don’t use a drop, flash or a crank noseband, and this is one of the few dressage bridles without those.

6 thoughts on “A Change Of Bit”