When my son was little, there was a book that we read over and over again. Goofy's Big Race. It’s a retelling of the classic turtle and the hare tale, but with Disney characters and cars. Goofy, of course, is the turtle. As he perseveres through set-backs he repeats this refrain:

I’ve been saying that to Tonka as we work through his sacroiliac issues. I’ve had a lot of judgement calls. He balked. He bucked. He told me that he hurt. But he wasn’t going to get better if he stood out in the pasture, and I had to do more than ride him on the buckle. I had to push enough, and in the correct form, so that he’d get stronger, but not so much that he’d re-injure the joint and its surrounding muscles.

Tonka told me that he didn’t want to do rehab. This video was taken last November. You can see that I listened to him, and backed off what I was asking for at the trot, but that he still had to do do his exercises. We persevered at the walk, building those muscles, and stretching and loosening up, and then we’d go back to trot and canter.

I told him, Slow and steady. Steady and slow. That’s the way we always go.

And we did. Month after month.

Tonka starts out stiff. That tail swish tells me that Tonka still hurts. At times he hollows or braces. But, stride by stride, I ask for just enough, and then a little more. He gets stronger and more confident, he trusts me and is willing to try a bit more, and then you can see him enjoying the movement.

The snow and ice is almost gone from the trails, so it’s going to be a lot more fun to do this rehab work. 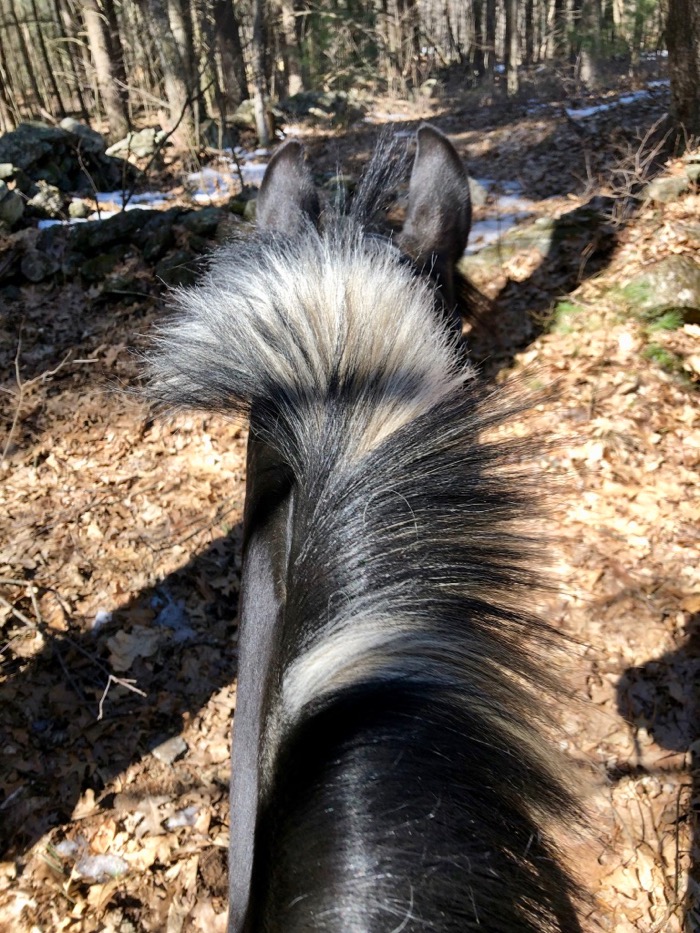 All the way, I’ll be taking Goofy’s advice.

4 thoughts on “Slow and Steady, Steady and Slow”