Tonka’s barn has a wash stall. Not only is it large, airy, and filled with sunlight, but it also has hot and cold running water. This is a luxury, although Tonka says that it is essential. There are few things that Tonka finds more discomforting than a cold water wash.

It’s been a very hot and humid summer, and I shower Tonka off after every ride. It’s also show season, and keeping those legs white is an ongoing effort. I don’t often do a full shampoo (as seen in this photo), but I do regularly scrub those white stockings clean. (I’ve been using

– which is both soothing and cleansing.) 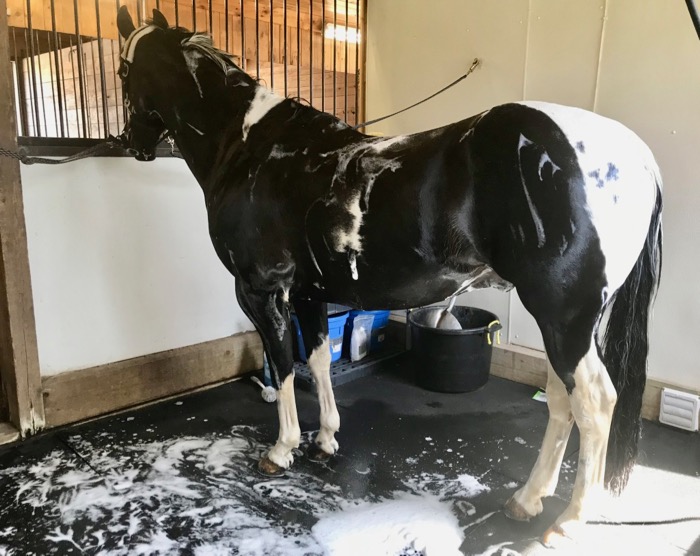 I want Tonka to step confidently into the wash stall and to see it as a good place. To that end, we usually share a banana before I turn on the water. He does love bananas.

Next, I start by hosing his hoofs and legs. This way Tonka can feel that I have the temperature just right. If it’s not to his liking,  he glares at me, and I adjust it!

That glare is different than this look. 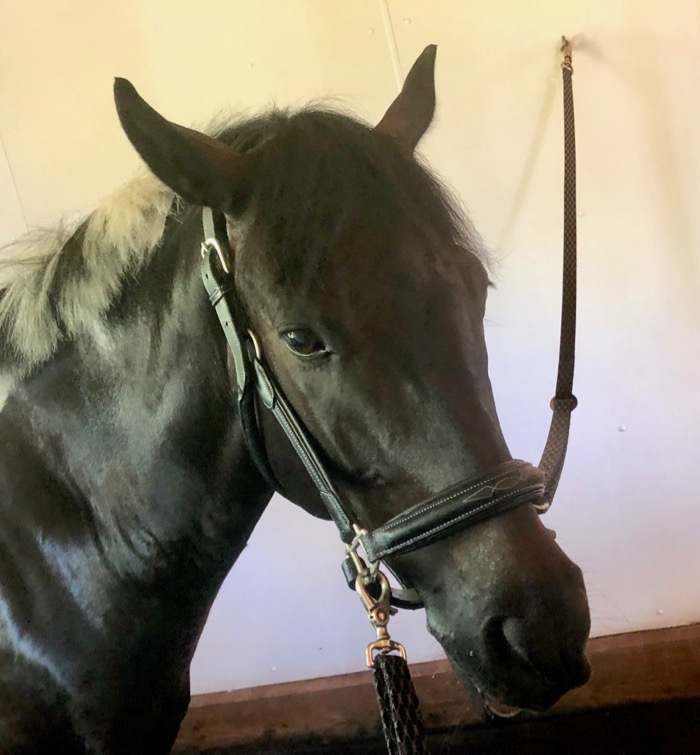 Here he’s asking for a drink. I oblige. He also likes the water warm for this, even on a sweltering day.

See how at the end of the video, Tonka turns his head slightly away? He’s telling me that he’s had enough.

Horses really do communicate with this much subtlety. They greatly appreciate it when their humans listen. Horses would rather not have to yell. It’s better for the humans, too, as the equivalent of a horse yelling is pinned ears, a show of teeth, and threatening hooves. Sometimes horses realize that even that sort of amped up communication isn’t listened to, and they give up. They look placid, but in reality are mentally checked out. 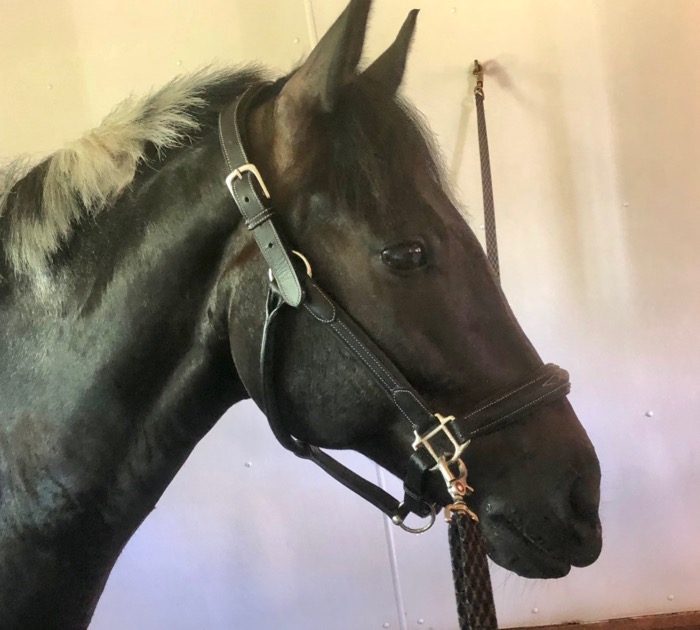 What Tonka is saying is:  Bath time was a good time. What’s next?

One thought on “Communication In The Wash Stall”