When the Rio Olympics happened back in August of 2016, I read accounts about how much the Olympic horses loved bananas. I brought a banana to the barn. Offered a piece to Tonka. He said an emphatic NO. Actually he gave me an incredulous look. How could I put that thing near his nose? I went back to feeding Tonka carrots.

Although horses graze, they also browse. When foraging, they come across and eat herbs and woodsy plants. So, it’s good for the horse’s mind and body to have some variety in their diet. Last summer, I tried again and brought a banana to the barn. This time, I stood by Tonka’s stall and ate it myself. I told him how delicious it was. He came closer. He sniffed. He tentatively ate the last piece.

But it wasn’t until we moved barns that Tonka decided that he loves bananas just as much as those Olympic horses. Maybe the flavor and texture has become familiar. Maybe it’s because the other six horses at his stable are fed bananas, too, and he’s decided to join the party. There are always bananas in the tack room for boarders to feed to their horses, and Tonka would eat an entire bunch if I let him. To prevent over-indulgence, I limit his consumption to one a day, shared with me. I don’t just hand one over because he looks cute (this takes much restraint on my part!) I dole bananas out to reinforce behavior that I especially like. Tonka gets a banana after a hard workout, when he’s in the wash stall, getting cleaned up.

He gets a banana at the show, while patiently waiting with me for our score. I need a banana then, too. It’s restorative!

I peel it. He can see and smell it. 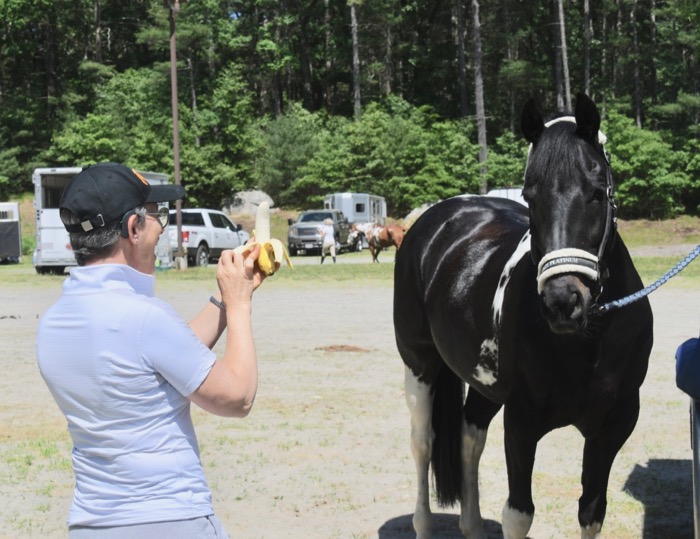 I have a bite. Tonka is not sure about this sharing thing. But he’s polite about it. 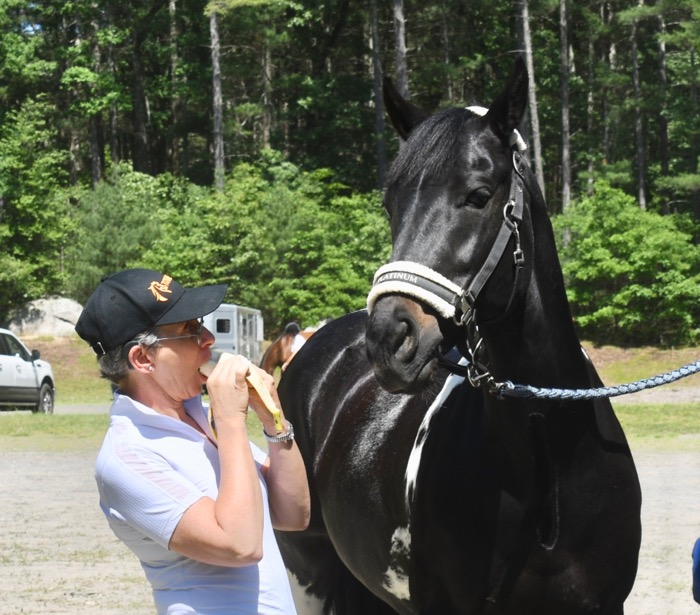 There is plenty for both of us. 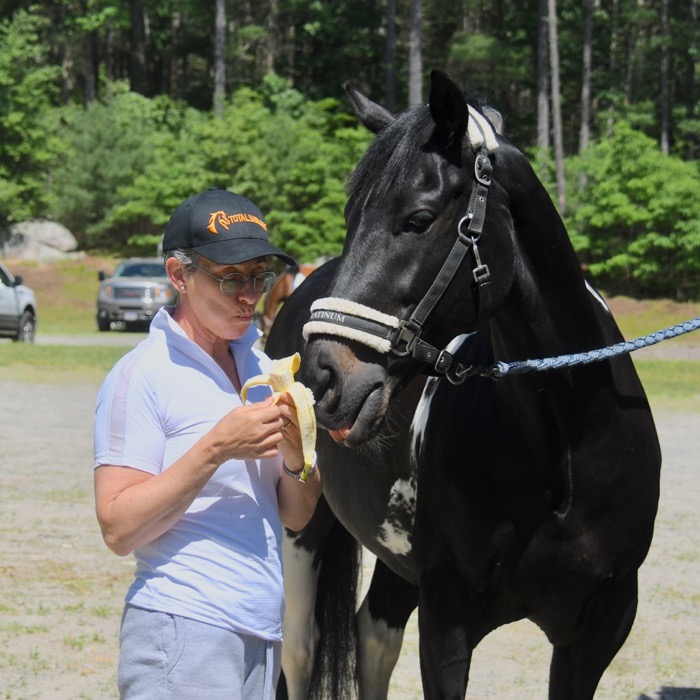 Then I give him the universal all done signal. 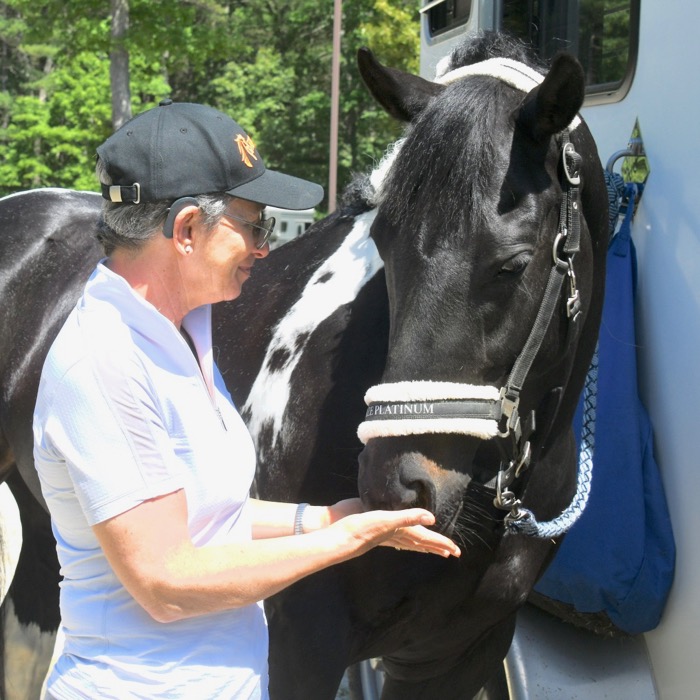 And Tonka goes back to eating his hay. 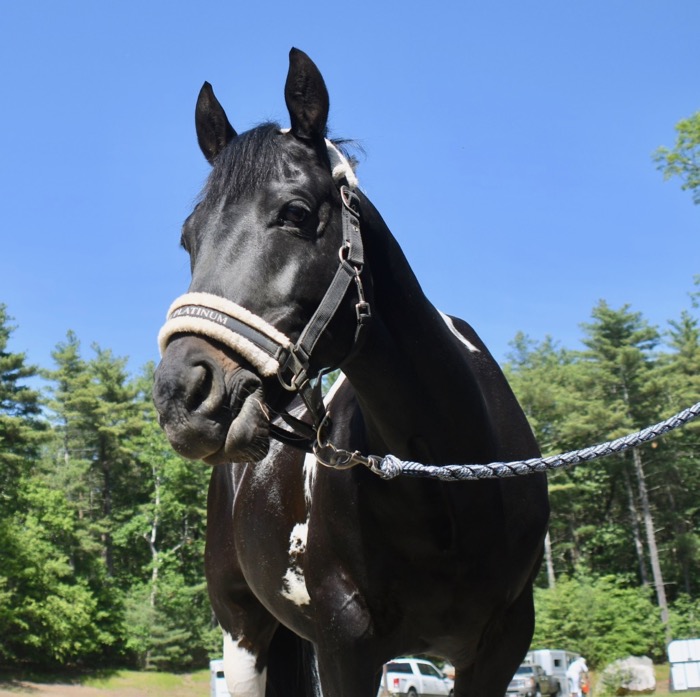 There’s something bonding about sharing food, whether it’s at the family dinner table, or with your horse. I’m glad that Tonka and I can share bananas.

Please note: Some horses will eat anything. I once had an appaloosa gelding who ate potato chips and bologna sandwiches (if he could grab them.) Just because your horse will ingest it, it doesn’t meant that it’s good for them. I assumed that the Olympic coaches knew what they were doing, but I still did my research. There’s a lot of advice out there on the web, much of it is conflicting. When it comes to nutrition, I rely on the Extension Service. I trust this information from Rutgers: Odd Things That Horses Eat. What odd (and hopefully healthy!) food does your horse eat?

5 thoughts on “Bananas for Horses”