I’ve always have a feeling of guilt when I load Tonka into the trailer. After all, it must be uncomfortable to stand in a moving box, balancing over bumps, hills and curves, with the jarring noises and smells of the highway to contend with.

I’ve felt guilty even though Tonka loads easily and without hesitation. 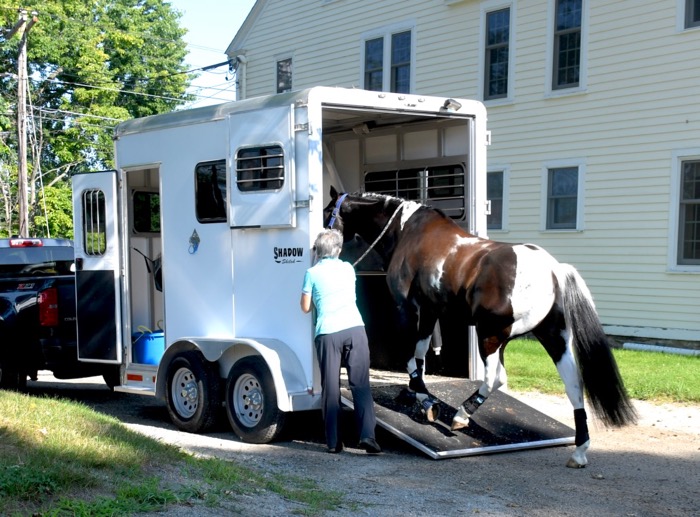 He gets a full hay manger for the trip, but he never eats en route. This could be a sign of stress. I worry. 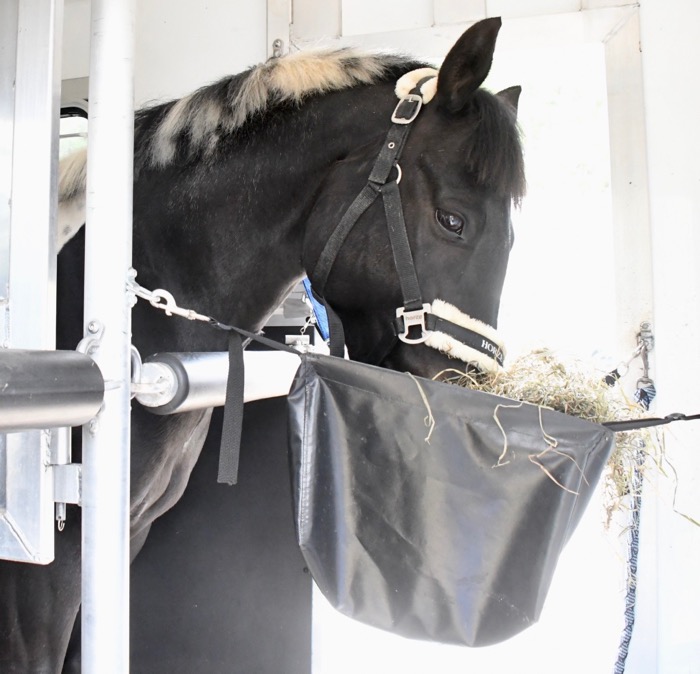 Tonka eats only when we are parked. 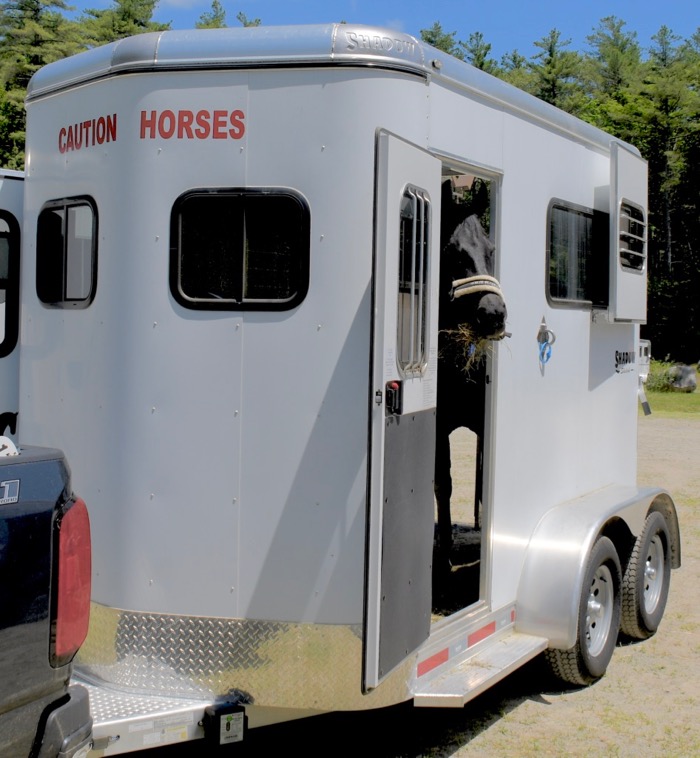 When he gets on the trailer, my horse doesn’t know where he’s going. It could be to a highly stressful place, like a veterinary clinic. Or, to my trainer’s barn where he has to work hard in a lesson. Or to a show. (Actually, I’m sure that Tonka knows when he’s going to a show, it’s the only time that his mane is braided, and he’s capable of making that connection.)

However, he always arrives looking perky, and there’s never any worry sweat on his coat. What does he think about the trailer ride? His messages are mixed. 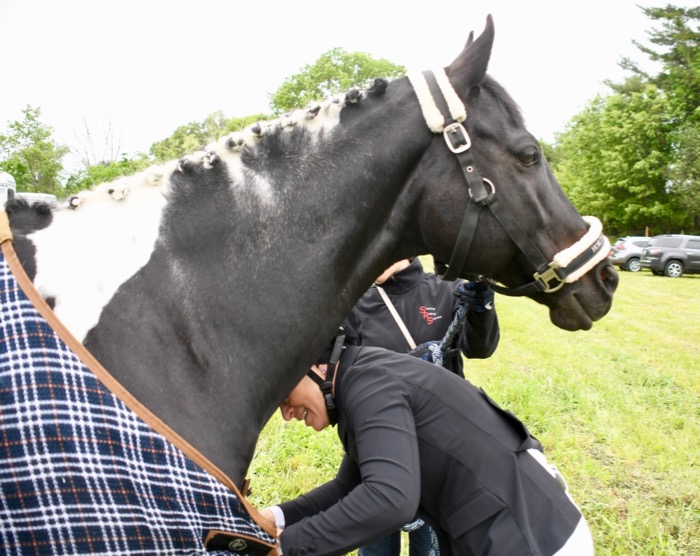 I want to keep that good attitude, so I make a point of trailering out for totally fun and relaxing outings, too. Yesterday a friend took Tonka and her horse, Willow, in her trailer, so that we could ride together in woods and fields about ten minutes from the stable.

I followed in my truck. I could see into the trailer and watch the horses. 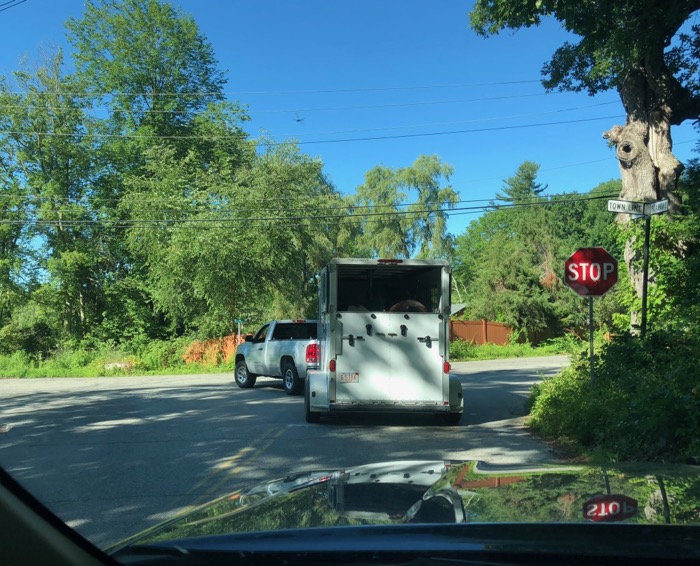 I no longer feel guilty about trailering Tonka!

First of all, there’s no nervous shifting from leg to leg. Tonka rode rock steady.

Willow ate from the hay net. Tonka did not.

He was too busy sightseeing! Tonka’s little ears were perked forward, his neck craned to look out the window. He ignored Willow (who he gets along with but is not a best friend.) He ignored the hay.

He watched the world go by. 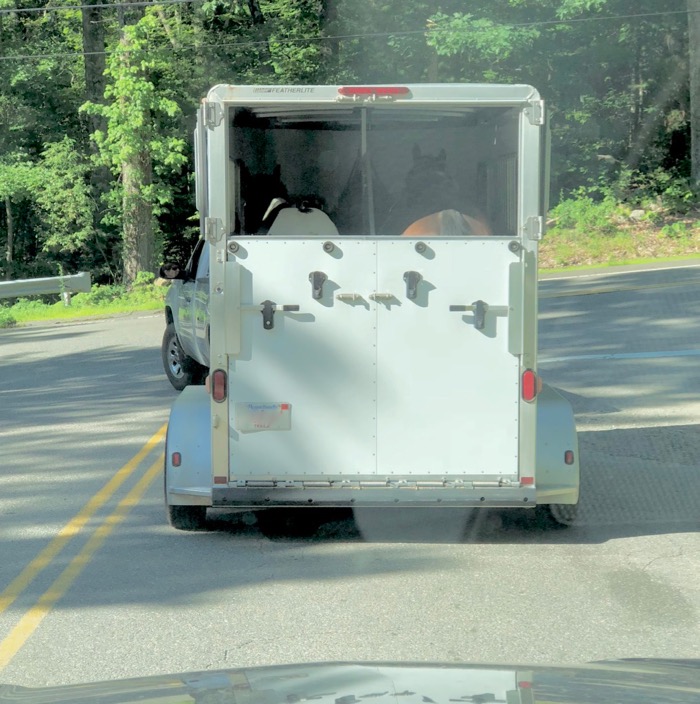 Tonka certainly seemed to be enjoying himself. What a relief to me that my assumptions of what is stressful to my horse were just that, assumptions. Tonka likes to sightsee. Who knew?

If I ever buy another trailer, it’ll have bigger windows.