If Tonka were a dog, I’d say that he has perfect loose leash walking manners. 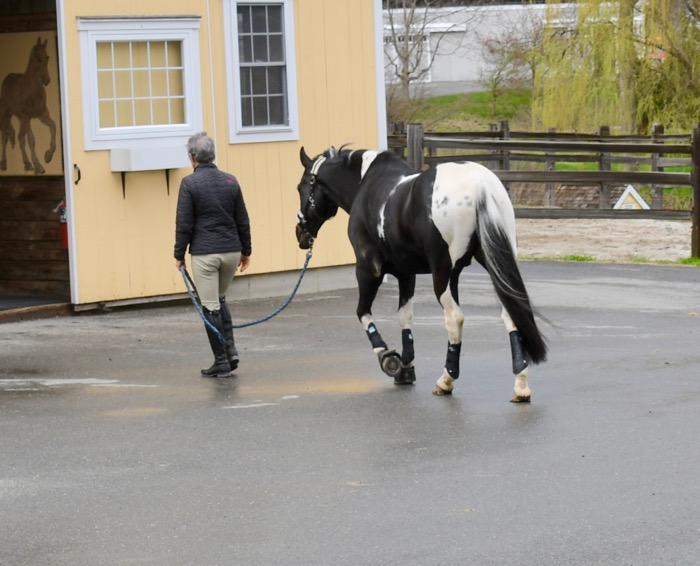 Once in awhile, when he lags behind, I gently pull on his halter and he catches up. He doesn’t drag me to grass – he knows graze, head up and let’s go behaviors, which he waits for. I taught all of those using the principles of clicker training. (Break down the task into small increments and reward each step to the final goal.)

When Tonka is hesitant to move forward because he’s worried about what’s up ahead, I ask him to touch my hand. This has been generously rewarded, so that my palm has become a safe place, and gently reaching his nose to it is something he’s almost always eager to do. 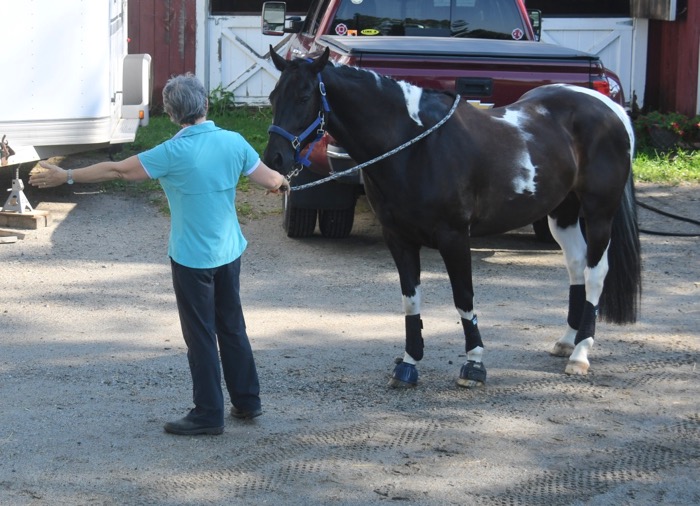 This is called target training. You can teach a horse to go to and touch anything. Some people teach their horses to go up to what spooks them and touch it with their nose, which earns a food reward. I don’t do this. I don’t think it’s a good idea. I don’t want my horse approaching dangerous (and often hot) farm machinery. On trail rides, the scary thing is usually deep in the woods, and I don’t want him stepping off of the trail. Or, the scary thing might be moving – wild turkeys!

I have a perfect example.

This is the path that Tonka walks daily to get to his paddock.

For three months he’s calmly walked next to me or the barn staff. Suddenly that changed. Not only was he balking near the rhododendron bush, once in the paddock, instead of grazing, he stared intently at something. 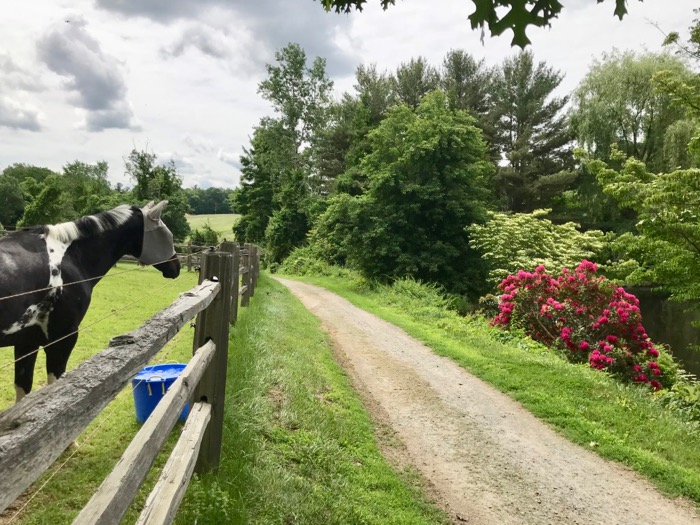 Tonka is not a horse that takes flight. He looks. He thinks things through. If he’s thinking, there’s a reason for it. I had no idea what was going on and I wasn’t going to tell him that everything is alright when obviously it wasn’t. A few days prior to when this behavior started, there’d been a bobcat sighting, but that wouldn’t explain his concern at midday. He’s not scared of herons, coyotes, deer or turkey. I was stumped.

Then, last week, after leaving him in the paddock, I saw a tangle of five snakes on the stone wall! One of them was a huge water snake, and it was shedding its skin to get even larger. I didn’t get a photo at that moment, but I went back and found the skin. 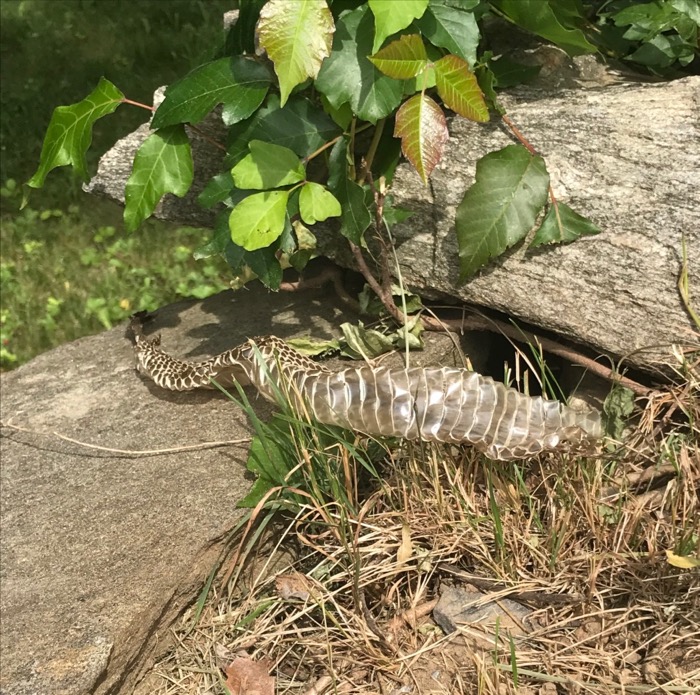 Targeting this scary thing would not have been a good idea! Approaching it isn’t a good idea, either. Although this snake isn’t poisonous, it’s known to have a temper. It will not back down and it will bite.

This is why I don’t teach Tonka to nose touch what he’s scared of. Instead, he trusts that I’ll pay attention to what worries him, too. We both look. I reward him for a steady stance. (Not always with food. Often with calm breaths, a touch on the shoulder. Permission to walk away.) If the scary thing is overwhelming, I might have Tonka do a hand target to reorient him to me. I do not ask him to lower his head – Tonka needs to be looking up to be able to see what concerns him. I want him to be a thinking horse – the goal is not to ignore what is scary, but to understand what it is, and to put it in the no problem category.

So far, the snakes still worry Tonka. He spent his first five years in Texas where snakes can be lethal. I think he’s smart to be cautious. I’m also glad that he tells me where they are. But it’s time to stop being alarmist. I’m now teaching Tonka that the best strategy is to walk straight past them. (Look closely, the snake is in the photo.) 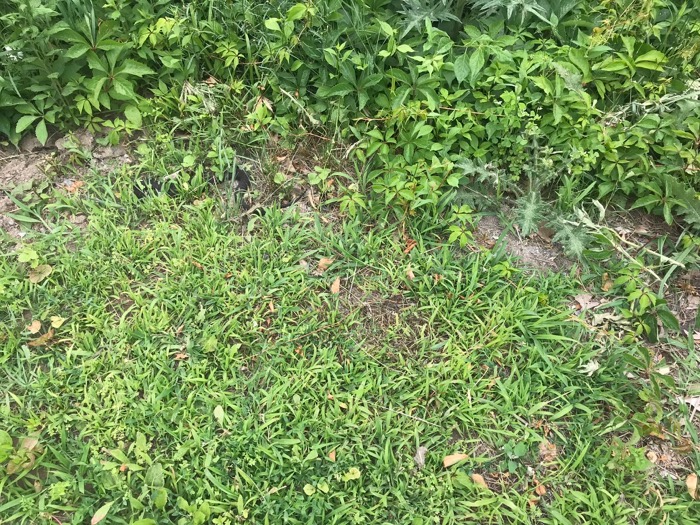 What’s the scariest thing that you’ve had to walk your horse past?

5 thoughts on “Walking Past Scary Things”