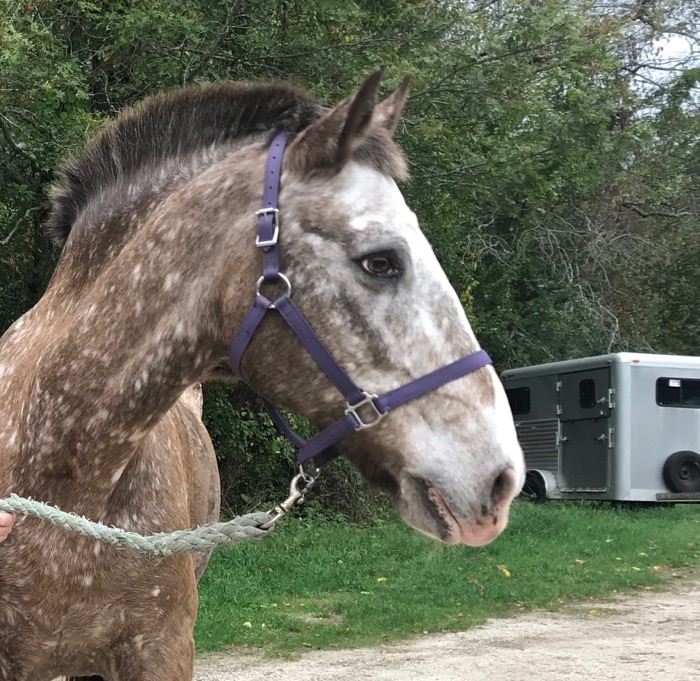 Hank is about 1,400 pounds of adorableness. Hank is as sweet as they come, but along the way, he stopped paying attention to the person at the other end of the lead line. When Hank was hungry, he ate. 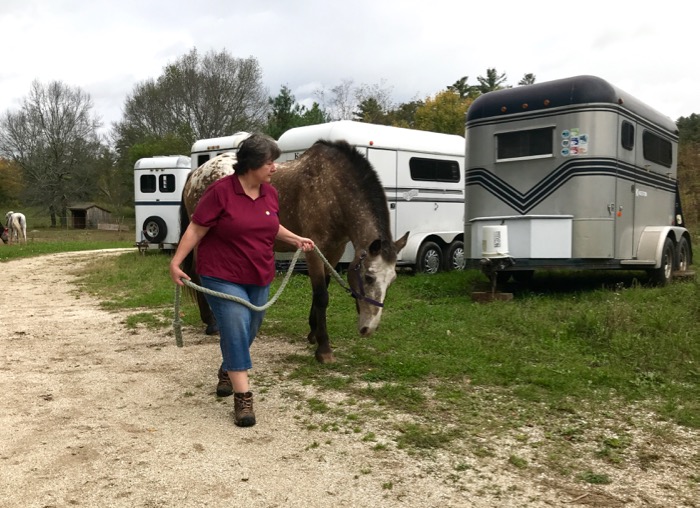 Hank is also a bit like the proverbial “bull in the china shop.” If he likes you (and he seems to like everyone) he gets in your space, but doesn’t register how close he actually is. Hank has also learned to mug his owner for treats. There’d been no rhyme or reason to when she dispensed them (in her mind, it was when he was being cute, but that’s all the time!) so he figured he might as well check on her pockets whenever he was near. This is never a safe behavior, and with a horse this big and clumsy, it’s really a behavior that you don’t want. 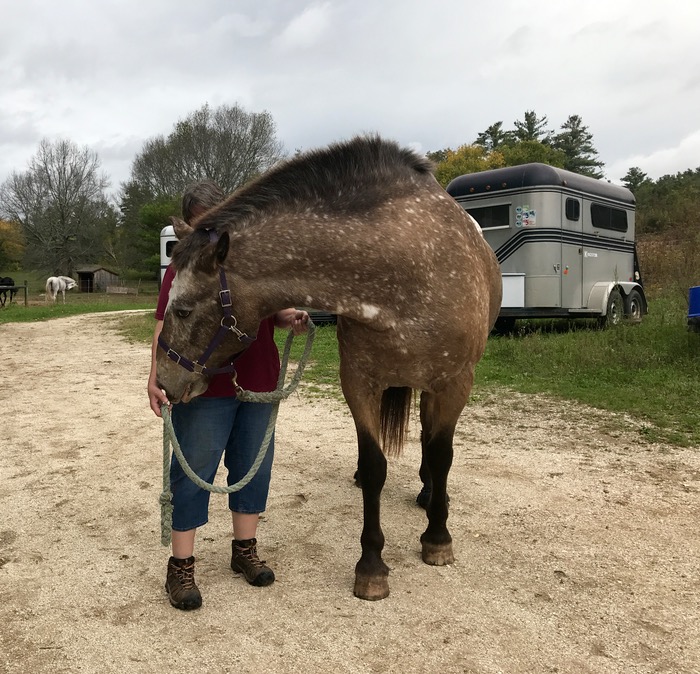 Hank has several health issues, including one that causes him to stumble. He’s no longer safe to ride, but his owner loves him, and would like to take him for hand-walks on the trails. First, though, he needs to lead safely.

Hank is in his early twenties, but this old horse can learn some new tricks!

First, we taught Hank that when we asked him to bring his head up, that he’d get a delicious treat. That made him pay attention! Now he’ll stop grazing on the “head up” verbal cue. No yanking required (trust me, if you try to get into a pulling contest with this guy, you’ll lose!) 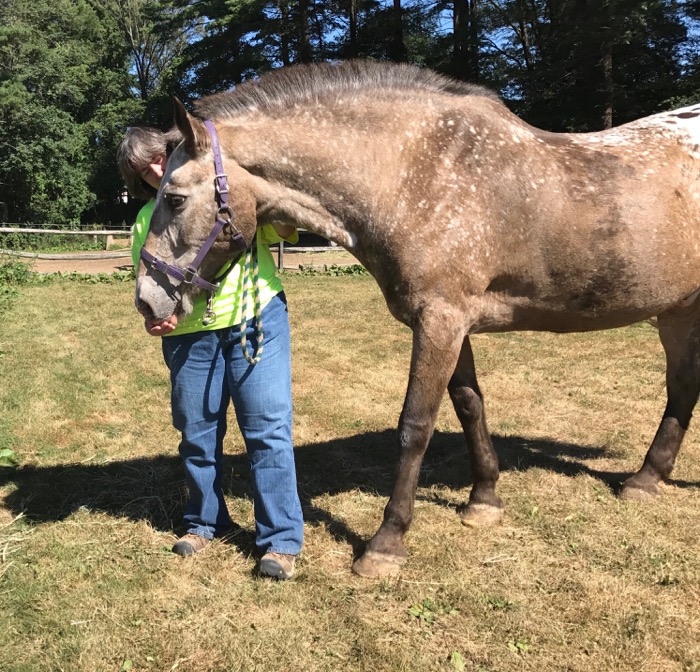 Next we worked on teaching him a polite distance to walk next to his person. Look at how hard he’s trying! Do you see that ear pointed at her? He so wants to come in close for his version of a hug, but he’s doing what we’ve told him is the right thing (his reward is permission to go graze.) 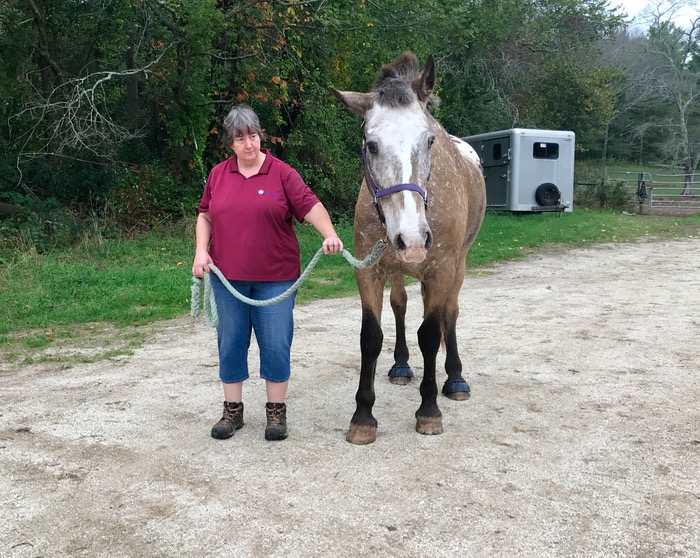 Here is Hank, having practiced his polite walking, looking like an old pro. He walks and halts straight. He is so pleased with himself! And we are very, very pleased with him. 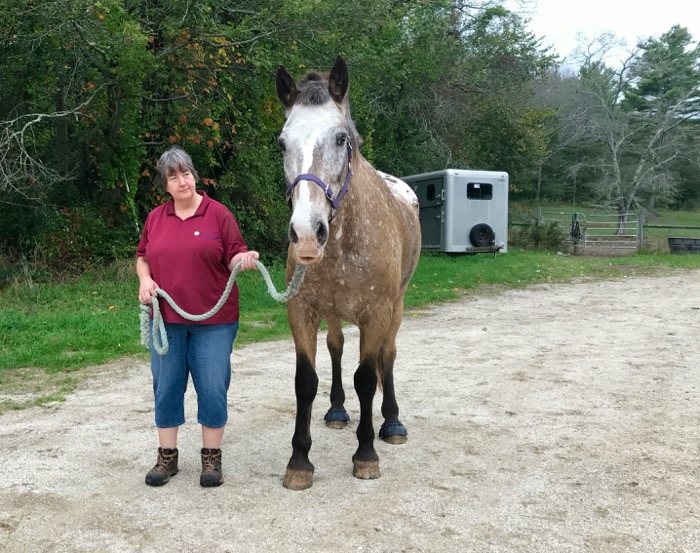 5 thoughts on “Teaching a Horse to Walk Politely”