Tonka has been a bit balky lately. Instead of moving willingly forward from my leg, he’s been hesitating. I questioned whether the physical exertion that I was asking for was reasonable. It seemed to be. Tonka would work out of it, and I kept riding. On Friday we went for a four mile walk down the road and into the woods. He was sound as a bell. But when I asked for a trot, everything changed. He put his nose in the air and slowed. Was his back sore? A return of the neck issue? Tonka was telling me something. On Saturday he escalated the message. He happily walked off under saddle, but as soon as I asked for a trot he didn’t just hesitate, he stopped. He wouldn’t go forward, or backwards. Or sideways. A firmer squeeze with my legs and Tonka let me know that he’d rather go up than onward. Perhaps it was me, or the saddle. Would he trot at liberty? No, Tonka was angry at being asked to move. 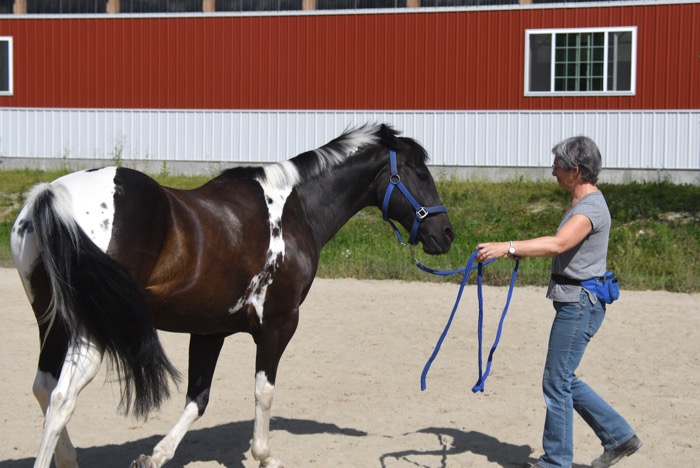 This behavior is often called nappy or disobedient. I thought it was something else. I called the veterinarian.

She came out on Monday morning. She checked his hooves. Tonka has flat, thin soles, and was a tad ouchy. A shoeing change is in order, but that’s not what’s causing the pinned ears and wrinkled nose. She checked his neck and back, which were fine. I tacked up and got on. Tonka walked out happily. Then I asked him to trot and he wouldn’t budge. Tonka couldn’t have communicated exactly when things felt wrong any more clearly than that.

The likely cause is ulcers. The lining of a horse’s stomach doesn’t extend all the way up the sides or on the top. When a horse trots, the stomach acids slosh on unprotected walls and if that tissue is damaged, it can be painful. Many horses (an estimated 60% of performance horses) have ulcers. Most go undiagnosed. Some owners say that their horses are crabby. Some owners say their horses are stoic and never show pain, and they’re proud of that. I think that horses should be listened to.

Tonka is used to me paying attention to what he says. I’m sorry that he had to escalate the message this loudly before I understood it.

There are definitive diagnostic tests for ulcers, but the least invasive thing to do is to start Tonka on the 6 Pack Ulcergard (Omeprazole) Oral Paste Syringe (13.68 Gm), which are very effective in alleviating the symptoms. If his attitude changes in a couple of days, we’ll know we’re on the right track.

Monday was a very long day. Due to a mix-up (which I won’t get into here, as the person involved feels bad enough already), Tonka was at risk for colic. He was uncomfortable and gassy and not hungry. Colic can be lethal, and even such mild symptoms are a cause for concern. When he was still not himself that evening, we went for a moonlit stroll. The stars and a sliver of moon were out. Tonka grazed and walked, and felt better by midnight. If I hadn’t been so worried, this time out in the dark on a beautiful late summer night would have been a treat. 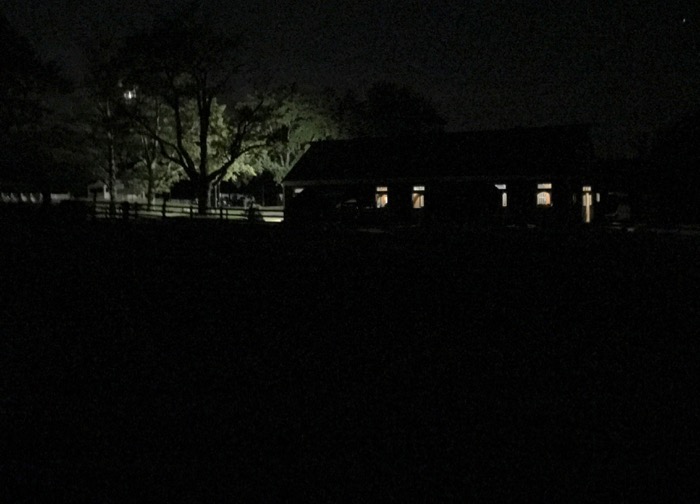 He had more grazing time on Tuesday. 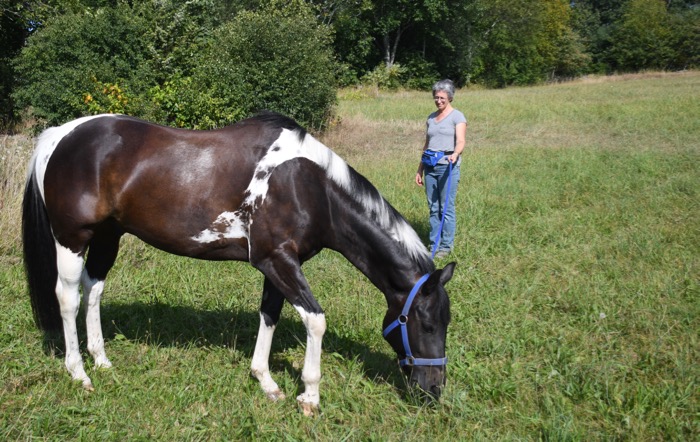 By afternoon, Tonka was back to his cheerful self. We’ll see what he has to tell me today. 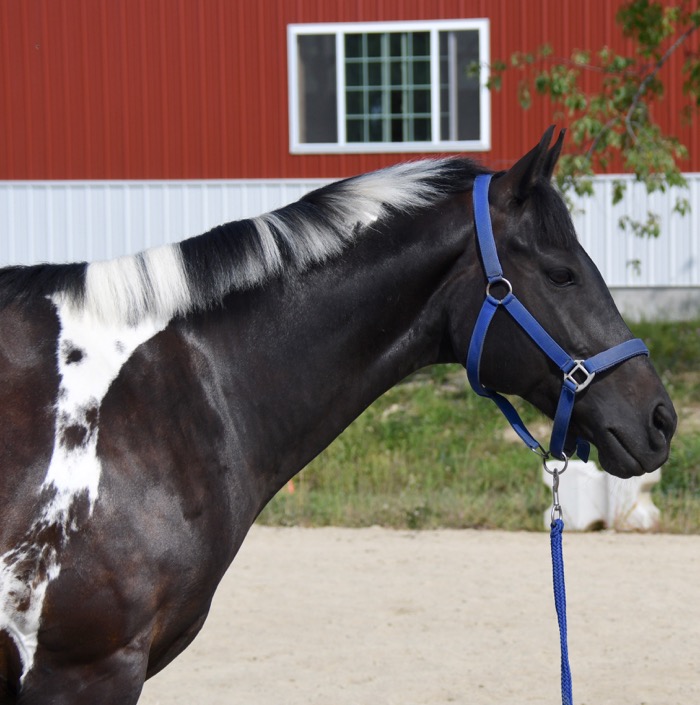