Like all animals, dogs have innate needs. These needs are both physical and emotional  – and there’s a blurry line between the two. Beyond simple sustenance for food, water and shelter, dogs need social connections, to feel safe in their environment and to be able to explore their world (in a dog’s way, with their nose leading their other senses.) They need play and exercise. Dogs are flexible, and have found ways for those needs to be met when living with their people. In apartments or on farms, with an elderly single owner or a boisterous family with children, dogs can thrive. Because we humans are the ones who constrain our dogs’ lives, it’s up to us to be aware of those needs and structure our days to meet our dog’s needs. Knowing what to do is often obvious. If you have a rowdy young labrador, you know that you’d better go on hikes, and find it a body of water to splash in. If not, you have an unmanageable dog on your hands!

It’s the little dogs whose needs are often neglected. It’s not that the owners consciously decide to, it’s rather that they don’t think about their dogs as having the same needs as big canines. They worry about big dogs attacks, or their dog getting stepped on. It’s all too easy to carry a little dog around rather than let it explore its world. I’ll be blunt and also say that a lot of people who have little dogs get them because what they want is a dog to coddle and cuddle. To baby. A fashion accessory.  But just because a little dog is easier to constrain, it doesn’t mean that  a little dog doesn’t want what a big dog wants. What does your little dog need for their happiness? You have to ask.

This is my mudroom. The door on the left leads to Scooter’s potty area, the one to the right to the front field. 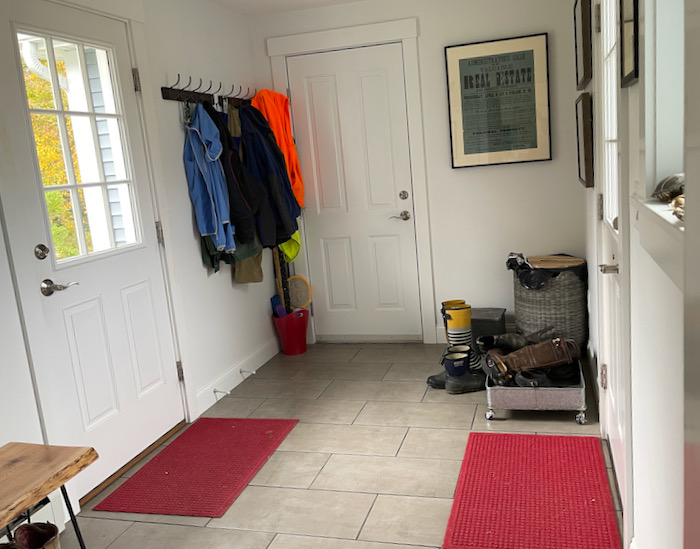 Scooter is ancient – 14-years old – and sleeps somewhere cozy for most of the day. 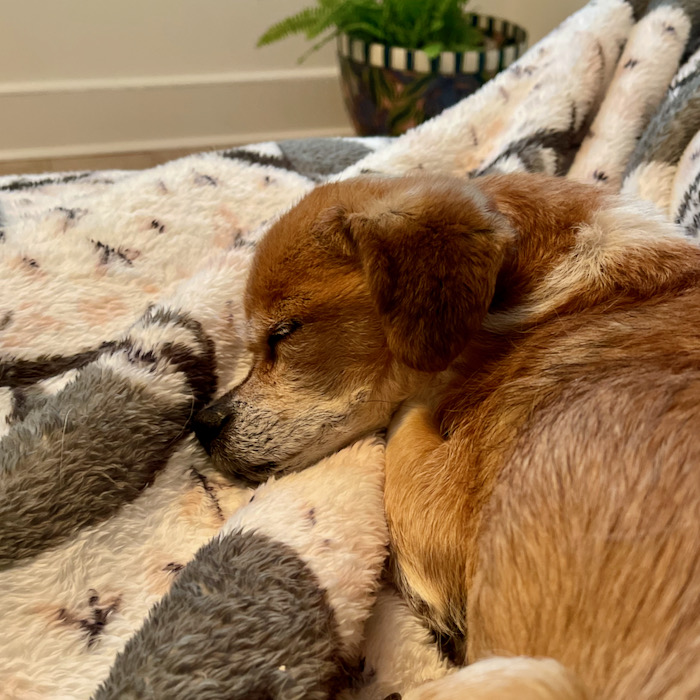 On sunny and warm days he stirs and asks to go outside. Out the lefthand door. To do this. 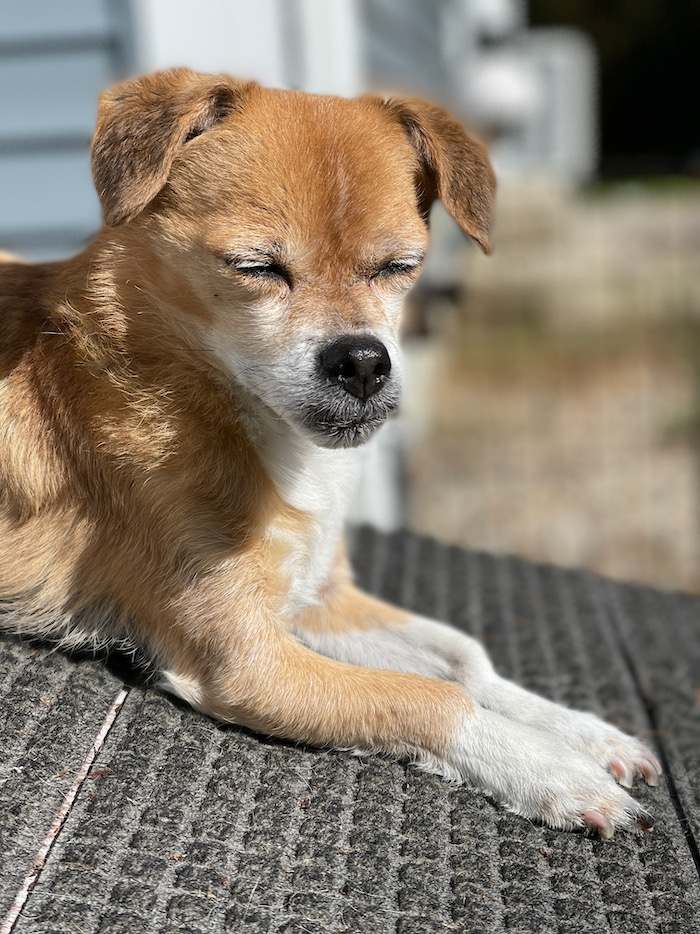 But at least once a day, and sometimes twice, he gets up and tells me he wants to go out the righthand door. He’ll stand facing that door and refuse to go out the left. Scooter is asking for a sniff walk.

At his age, his eyesight and hearing isn’t great (and he was never that sharp of a dog!) but his nose still works, and he likes to use it. Turtle Hill has a lot of good smells. Who knows who’s been here? The porcupine? A coyote? A vole? On a very good day, Scooter will find a dead snake to roll in. Now that’s being a dog!

The sniff walk starts out here.

Scooter appreciates that I’ve mowed a clear path for him (little old dogs don’t necessarily want to push through tall grasses.) Scooter has a route. He always heads to the small field. On this windy day Scooter did more air scenting than he usually does.

Scooter decides when it’s time to turn around and go home. He so enjoys this run up to the house. I have to hustle to keep up. I’m always nearby to protect him from raptors.

This walk is all about what he needs and when he needs it. Sometimes he asks at an inopportune time for me, but I usually give in. In the big scheme of things, what’s ten minutes? To me, not much, but to Scooter, it’s his time to be a full-fledged dog. Even little ancient pups need that.