Tonka has a history of having issues with the canter. When I got him, he had no stamina for it. Once around the ring and he’d peter out. As we progressed in our dressage Tonka was able to do a first level test without breaking stride, but the judges always commented that he needed more energy and lift from behind. When I did exercises at home to get that, we’d improve just a tad, and then Tonka would object. Like this. 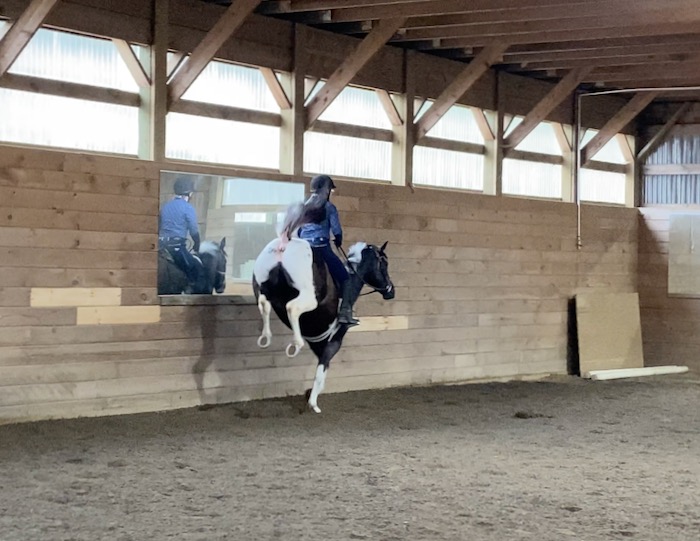 A few years ago, due to a too-high hay net and poor body posture, Tonka developed sacroiliac pain and bursitis in the poll to the extent that he didn’t even want me to get on. A change of barns, injections, shockwave, rest and rehab allowed me to get back in the saddle and for us to resume our adventures. That experience taught Tonka that if he complains, I listen. Which is good, but only to a point. Tonka has been cleared by veterinarians to resume full work. If he were a human he’d be in physical therapy and pushed to get past aches and pains to strengthen his weak muscles and associated tendons and ligaments. I have tried that with Tonka. It’s always difficult to judge when what you’re asking for is beneficial and when it’s too much. I’ve had physical therapists who have made my back pain worse! But I’ve also done (and am still doing) workouts that keep me active. I confess to erring on the side of caution with Tonka. He swishes his tail and I worry that I’m hurting his back.

Despite these dialogs with Tonka, in which he has a litany of reasons why he shouldn’t use his core muscles, I’ve taken the advice of trainers and veterinarians and haven’t stopped riding. Which is good, or we’d have missed out on lots of fun. Tonka has embraced the sport of jumping. He enthusiastically goes over obstacles. Which engages all of his topline. He shows no sign of it hurting. In fact, Tonka is always more limber after a jump lesson. This is yet another indication that I no longer have to coddle him. He’s capable cantering, even if his tail swishes!

One more push for me to focus on Tonka’s strength exercises came from Margie Engle. In my lesson with her, Tonka did one of his hop-bucks during the upward canter transition. I asked her what to do to improve Tonka’s sacroiliac area and his canter work. Margie said to not ease up when he balks, but to send him through it. (More leg!)  She said that the work will be easier for him as he becomes stronger, and to that end I should get out of the ring and do hills, and if we’re stuck indoors, to do cavaletti. I’ve heard this before, but when Margie tells you what to do, you do it.

Tonka is thrilled with Margie’s advice. The weather here in Maine has finally improved and I’ve been getting Tonka out on the trails . Also, there’s a grassy area next to the outdoor sand arena which is gently sloped and is perfect for the sort of work that Margie advised us to do. Tonka would much rather do his exercises out there than in a ring.

Still, Tonka would like to avoid using his back by jutting out his neck and sinking his loin. 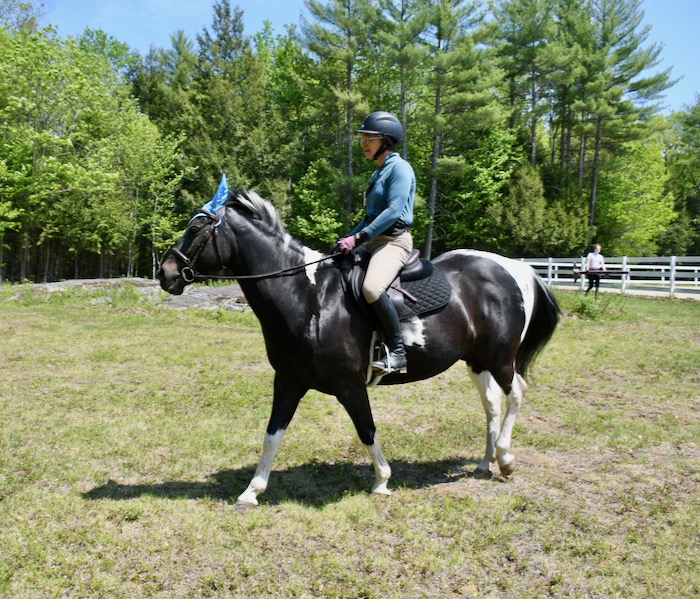 This is not allowed. Instead, with leg into steady hands, I get this at the walk. I add in lateral movements. 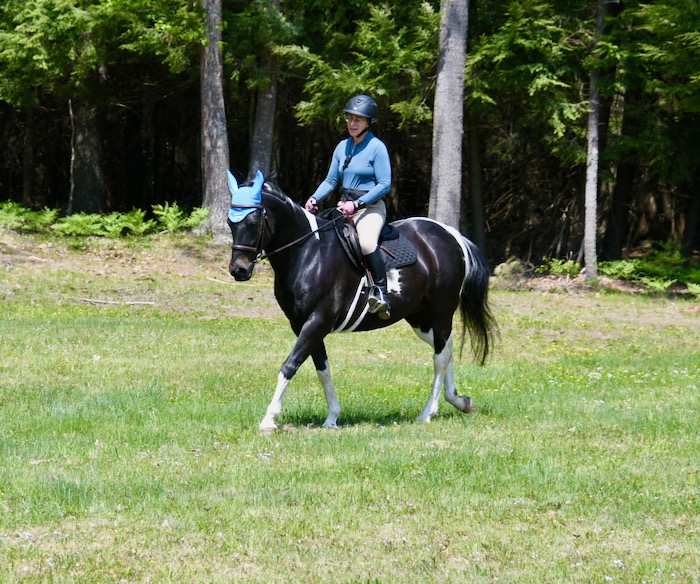 Then we do this trot, and keep it steady and balanced up and down the hills. 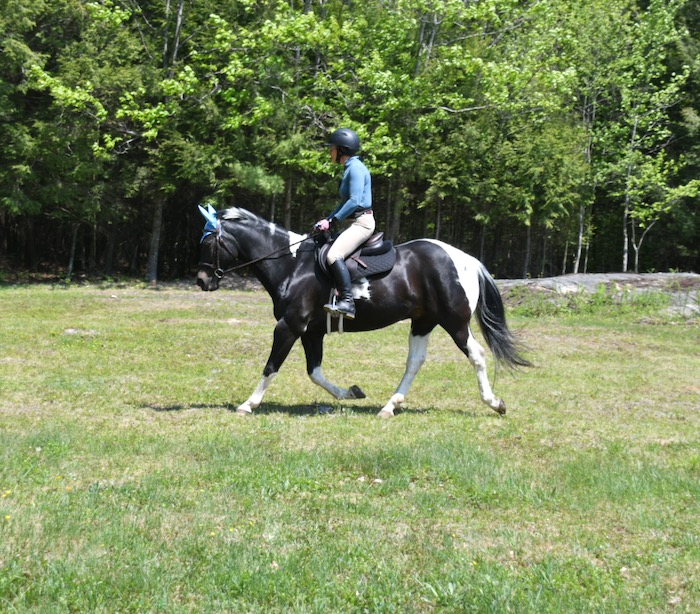 We’ve been doing this for two weeks and Tonka has already become stronger. Instead of putting all of his weight on his forehand, he’s been able to use his hind end to carry himself. We’ve even been doing walk to canter transitions. He steps into them. No bucking! 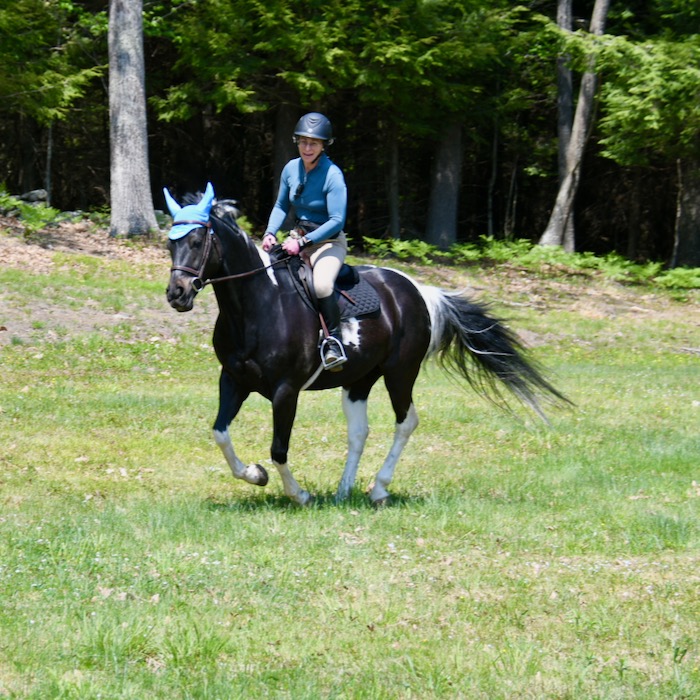 At first Tonka wasn’t able to canter a full circle on a slope. He’d break on the downhill and falter at the top. Now we can do the entire circuit. 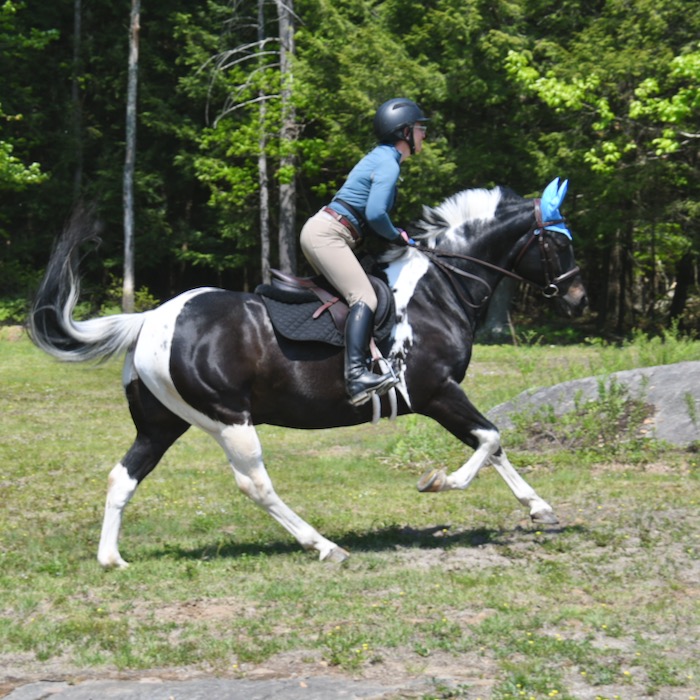 I give him lots of praise and stretch breaks. 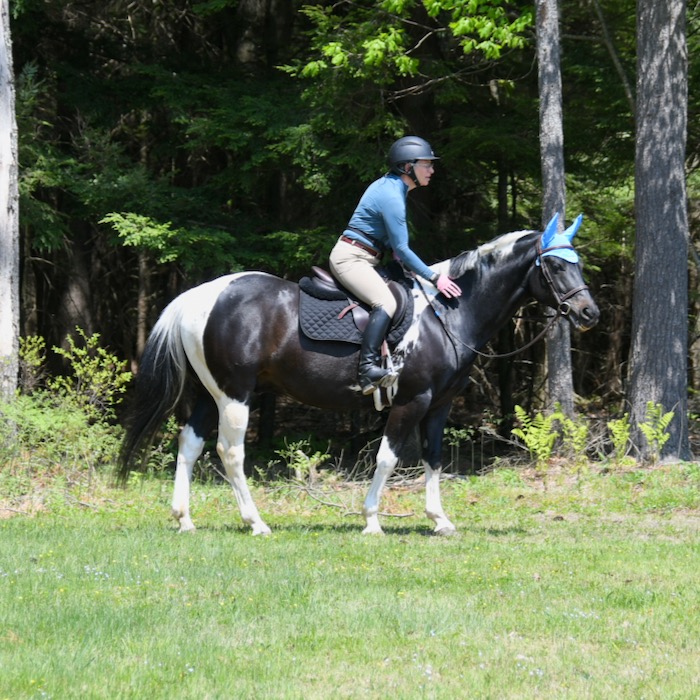 So far not only is the physical therapy working, but it’s fun! 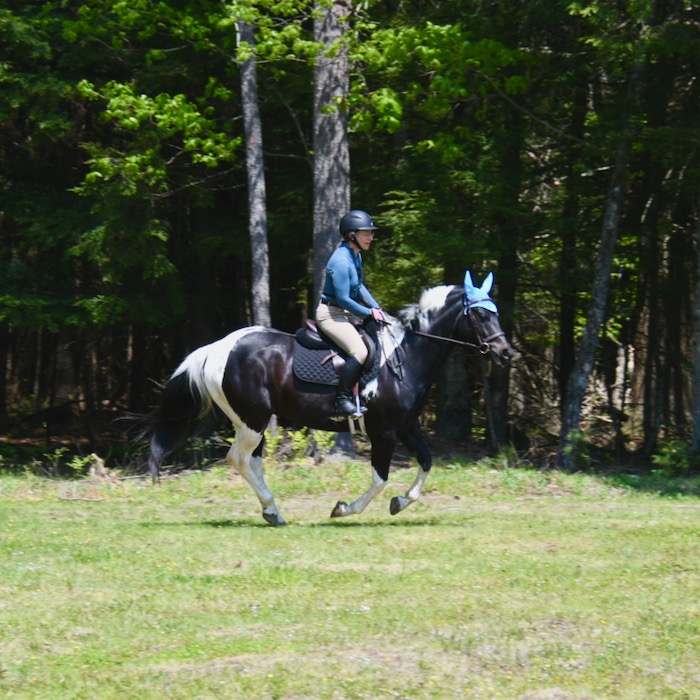 Others at the barn have noticed what we’ve been doing outside of the ring. Yesterday Steph decided to bring the jumps outside and to have our lesson in the field. 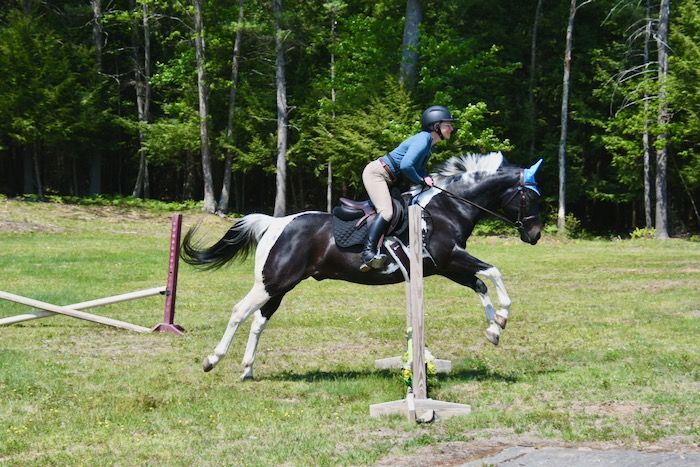 This tail swishing is from enthusiasm! 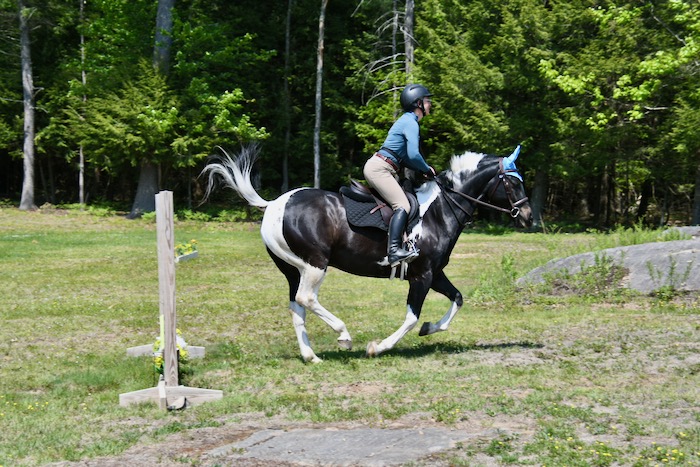 Do you do hill work with your horse? Tell me about it in the comments! 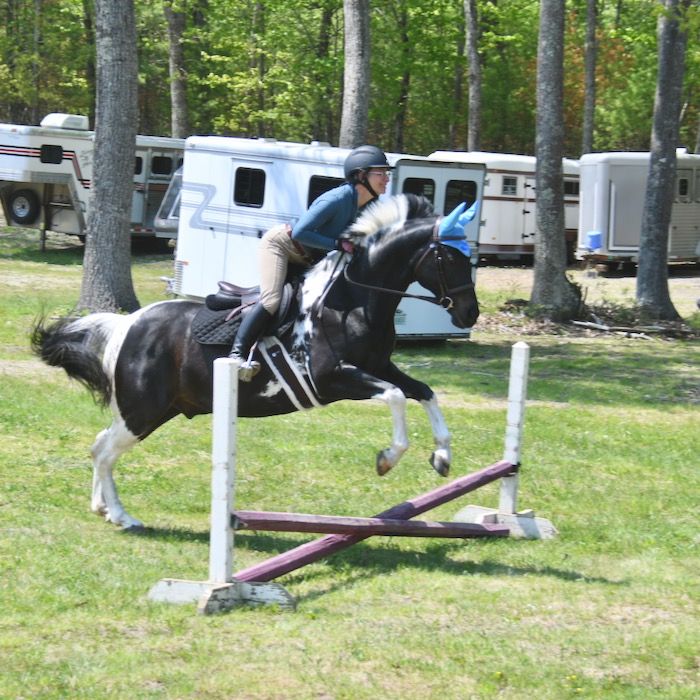