Tonka and I don’t do this enough. 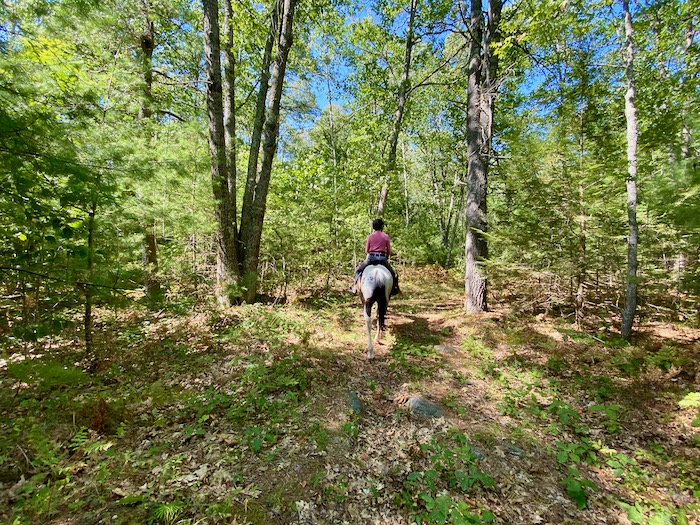 There are so many excuses. Weather. Lack of time. Biting insects. One obstacle to taking a casual walk in the woods has been that the trails off of Greystone (where I board Tonka) have been underwater. I believe that beaver expanded the wetlands to include the one dirt road that gives us access to the trails. It’s been inaccessible for a year, but now we’re in a drought and the paths are dry and clear. The deer flies are gone. We could finally go for a trail ride in our own backyard.

Yesterday Tonka and I went for a walk. Tonka is good on trails by himself but there were things about this outing that I knew would worry my horse. I wanted to set us up for success.

Tonka likes seeing new places, but like all horses he doesn’t like to leave home and his herd. Tonka is actually more confident when we trailer to our destination than if we set off on foot from the barn. Without his home base to think about, he’s ready for adventure! Sometimes at Greystone, when I ride Tonka around the perimeter of the farm, he tenses when walking to the far end of the field. It’s not far. The barn is in sight, but we’re going away from it. Nervousness can escalate into conflict between horse and rider. Yesterday I didn’t want to have to pressure Tonka to go down the newly opened trail. I asked Steve to come along with us. Having Steve’s company would give Tonka confidence that he was setting out with friends. It worked. Tonka was on high alert but absolutely willing to leave the barn behind. Here I’ve asked Tonka to halt for a moment. He looks back the way we came, and then, when I look ahead towards Steve, Tonka happily strides off towards him. 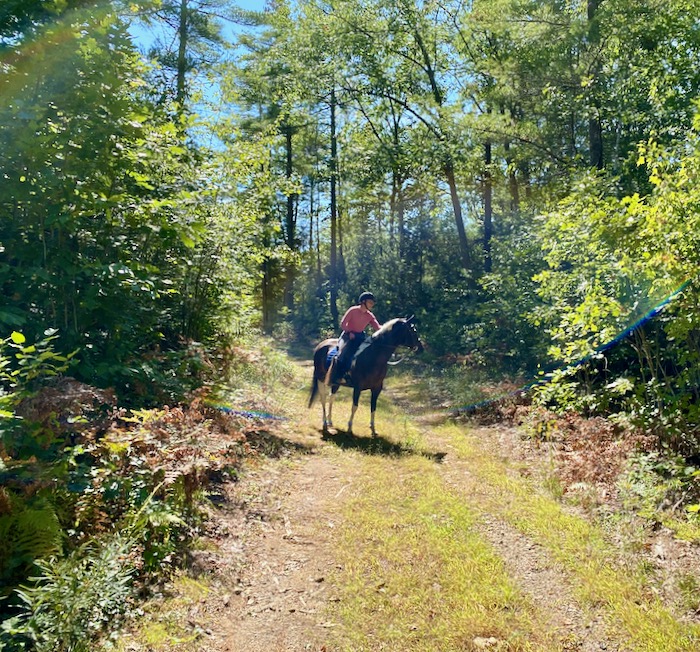 Tonka has always been wary of bodies of water. This was a new one for him. After a look and a sniff of the air, he walked on. Tonka wasn’t relaxed and on the buckle, but he was eager to go where I pointed him. 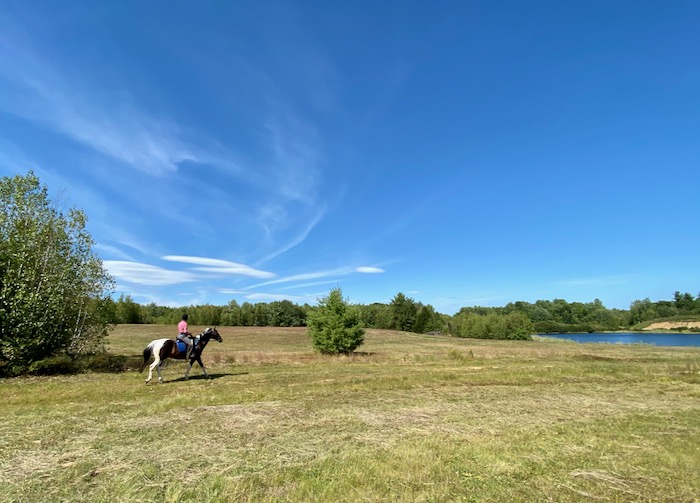 The other challenge, when riding on trails that lead home (and not to a parking lot) is that the horse knows they’re heading back to the barn. Some jig. Some rush. Some get dangerously upset when you try to slow them down. As we headed back to the wooded path that leads to Greystone, I could feel Tonka pick up the pace, so I turned him around and went back to the field. When he was walking in a relaxed tempo, I turned back around. Doing this keeps Tonka tuned in on me. It teaches him that he needs to keep a steady pace whatever direction we’re going. I turned around twice.

The next challenge that I was prepared for was when we came out of the woods at the far end of the farm. While we’d been on the trail, all of the horses had been brought in from turnout. It was nearing dinnertime. I made a point of taking a deep breath and sitting relaxed in the saddle. Counterintuitively, I let the reins go loose. 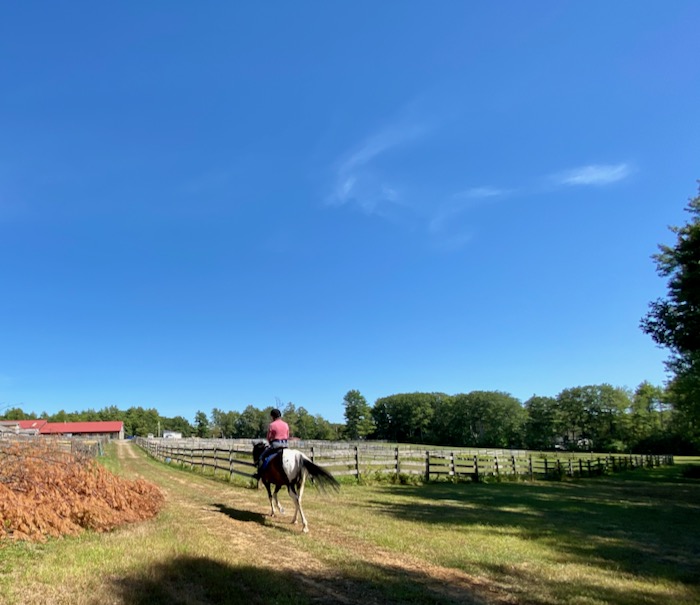 This told Tonka that there was no hurry to get back. He listened. I was grateful not to have a mad dash home. This good behavior is also because I know how not to pick a fight. I didn’t force Tonka to walk slowly. During the ride when I halted Tonka I didn’t make him stand still until he got antsy. I gauged what Tonka could handle and didn’t press past those points. Because of that, although Tonka felt tense at first and alert throughout this walk, and the pace was a notch brisker than it usually is, Tonka willingly went where I asked him to and reversed direction when requested. Most importantly, we both were able to enjoy this beautiful day, outside, somewhere new. It boosted both of our moods! 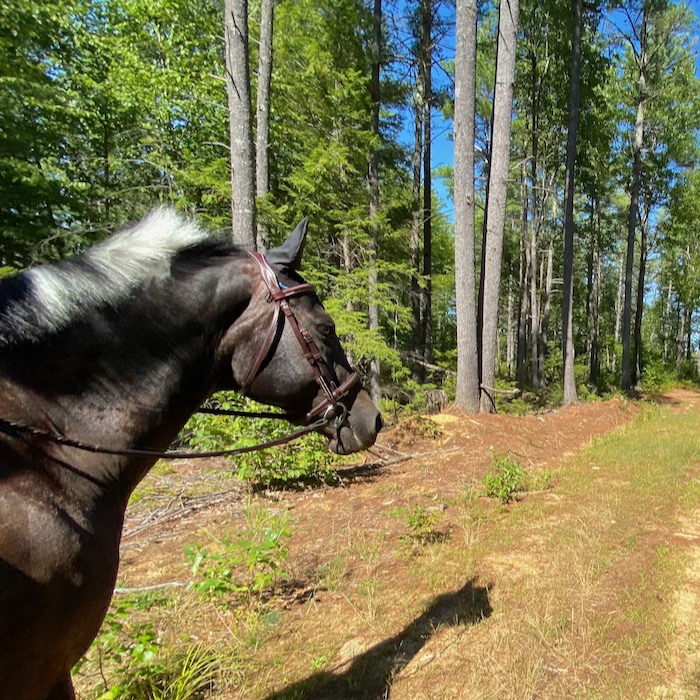