This past winter, Tonka and I had a terrible time with static electricity, which culminated in a disaster in the cross-ties. He got shocked, pulled back, panicked, pulled back harder, and flung out of the broken cross-ties like out of a sling shot. It took me a couple of weeks to get him to simply stand without fear in the aisle by the cross-ties. I’ve been working on getting him comfortable being restrained in an aisle (essential when you’re at a boarding barn) but that’s another story.

This story is about how I had to find a way to touch Tonka when the air is crackly with static. I tried commercial sprays on his blankets. That helped, but didn’t solve the handling and grooming issues. I’d purchased an anti-static spray at Equine Affaire, and it worked (somewhat), but wasn’t available locally. I decided to make my own. The ingredients that I settle on were: witch hazel, aloe vera gel, and glycerin. Simple. It was a matter of getting the proportions right. 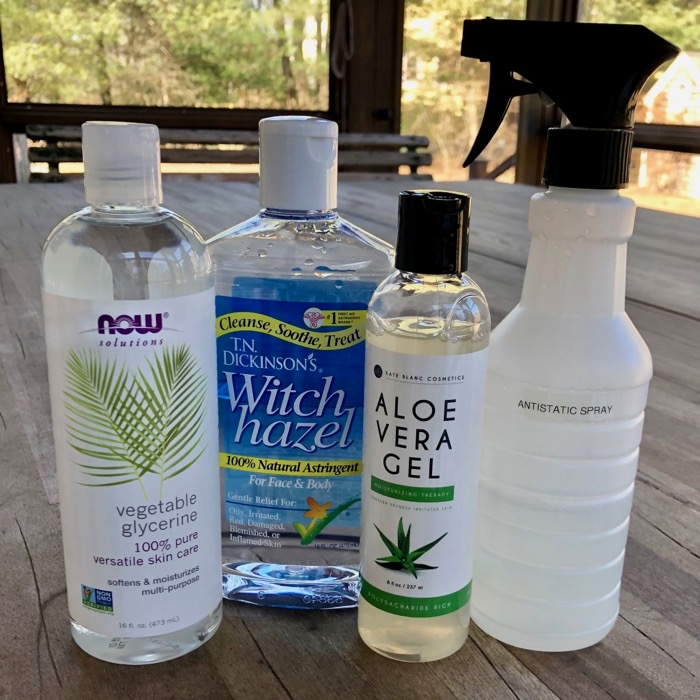 By the time that I’d perfected my recipe, static season was over, so I thought I’d wait to share this with you when the cold weather rolls around again. However, I find that I’m using it daily for reasons other than static shocks.

Tonka says that Maine is a very itchy place. The bugs are different. He hasn’t had a severe reaction, but Tonka has never been so enthused about me scratching his mane. He’s never been a horse that likes a vigorous currying, but lately, he’s been leaning into the grooming. 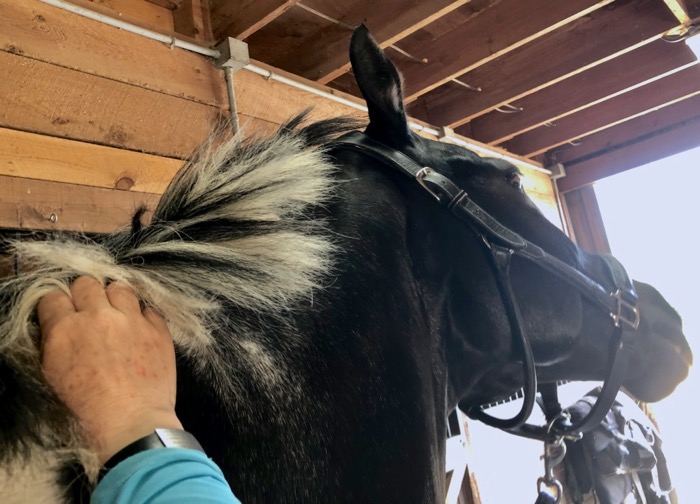 The sensitive area behind his ears went bare and the skin went flaky. 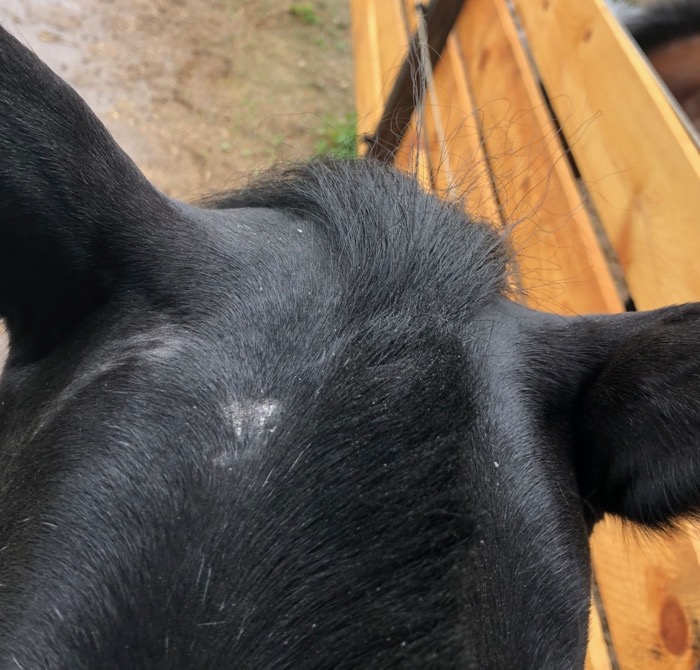 His neck also had more dandruff on it that usual. My anti-static spray became a soothing spray.

I spritz it on the brush as I groom. 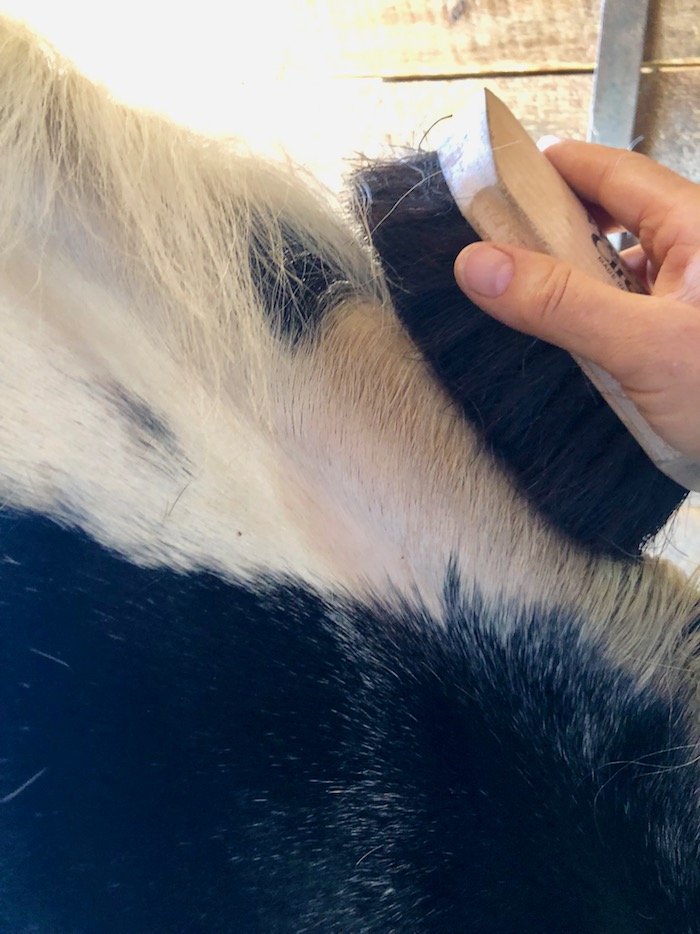 It’s been chilly and wet here. Not good weather to bathe a horse. After I ride, if Tonka is a tad damp where the saddle was, I spray this concoction directly on him. It cleans off the sweat and salt, which keeps Tonka’s skin and coat healthy. The witch hazel dries quickly, so he’s not standing around wet.

I’m also using it on stains. No need for soap! 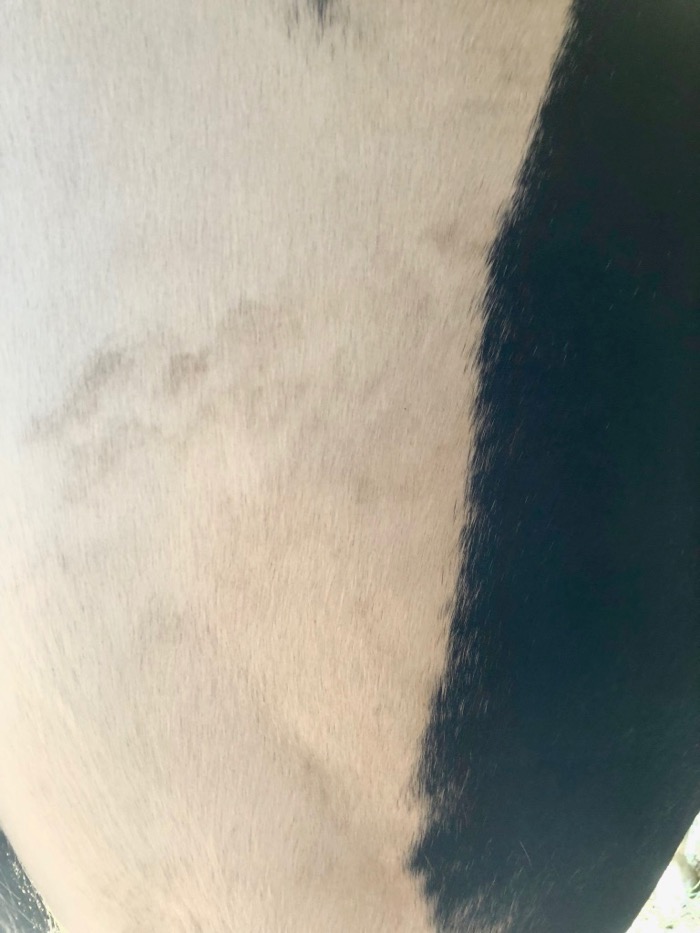 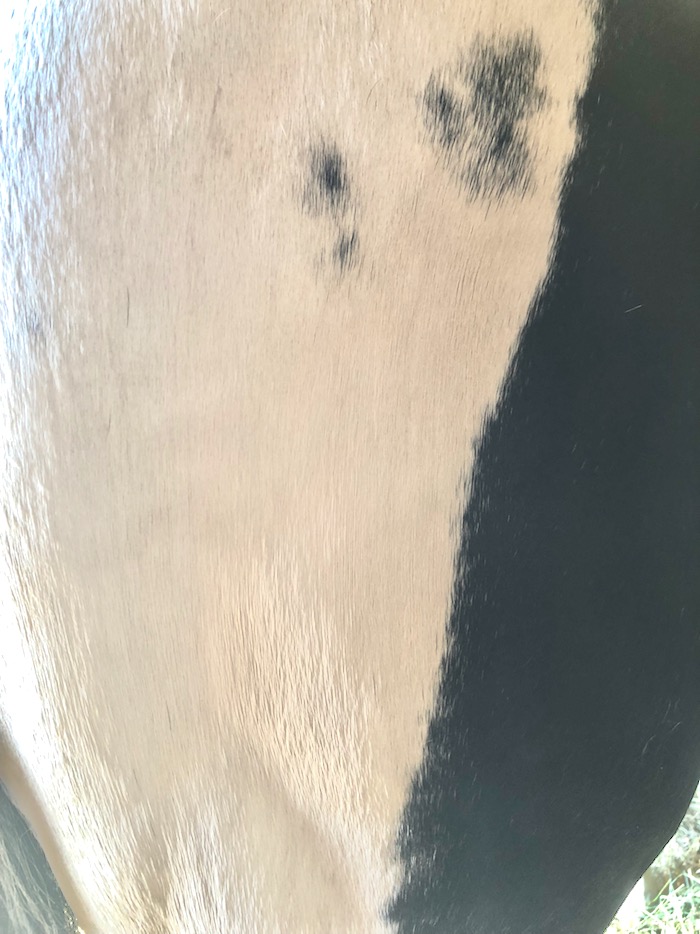 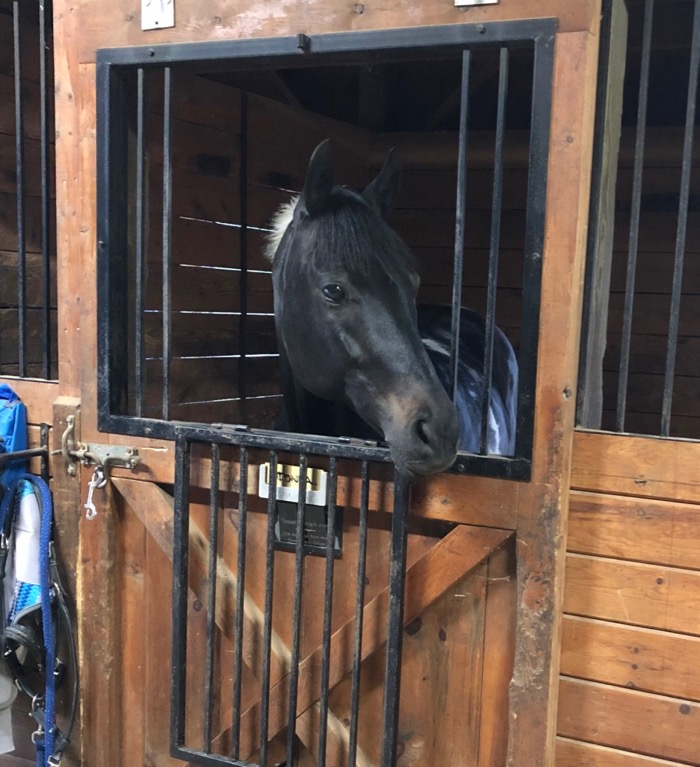 Try it and tell me what you think!