For the last few weeks there’s been a lot of activity near the horses’ paddocks. A crew of two men have been putting up a new fence. First there were the piles of posts and rails in places where there had never been posts and rails. Then the guys got out a jack hammer (This is New England. There are rocks.) Then the post and rails were moved. Things were a bit worrisome for the horses.

Tonka wasn’t frightened, but he was looky. Instead of our normal relaxed walk to the indoor arena, Tonka swerved away from the crew, giving these somewhat fearsome noisemakers a wide berth.

Last week, the guys began installing wire mesh along the fence line. I think the black grid is difficult for the horses to focus on. They were all even more nervous about the goings ons.

So, I decided to counter-condition Tonka to the crew and the new fence. Instead of being wary, I wanted Tonka to think that the commotion was a good thing. Also, I’d noticed the two men looking a tad wistfully at the horses. So, on my way to the indoor, I walked Tonka over to the men, and had them each feed Tonka a carrot. They were a bit shy about it, but delighted. And gentle.

This week, what with the metal fencing going in, and the cold snap and light snow fall, Tonka wasn’t at all relaxed walking back from his field to the barn. 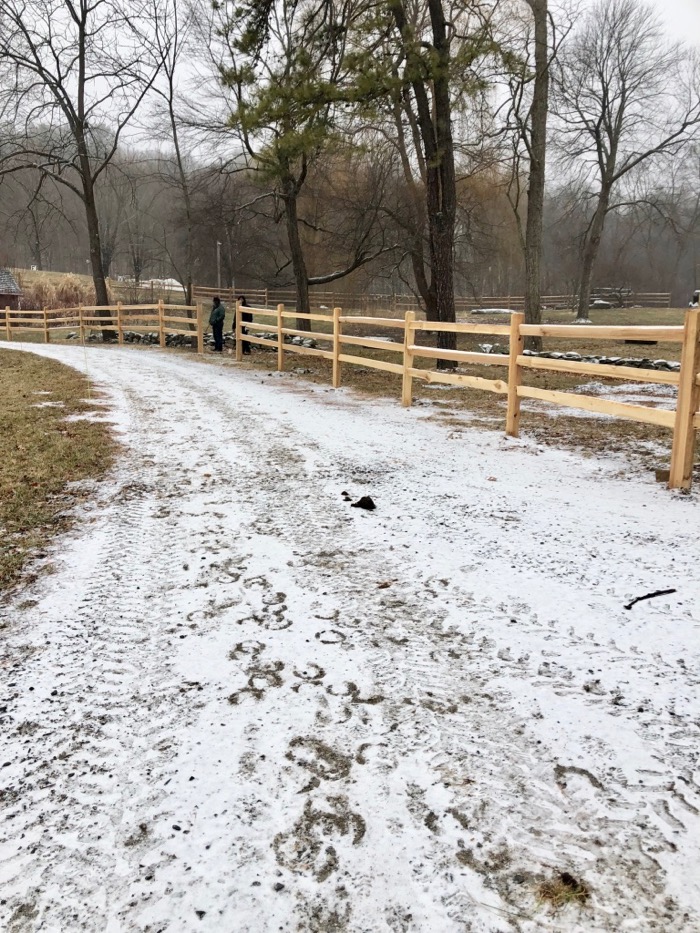 So I stopped, handed a carrot to a workman, and he handed it to Tonka. 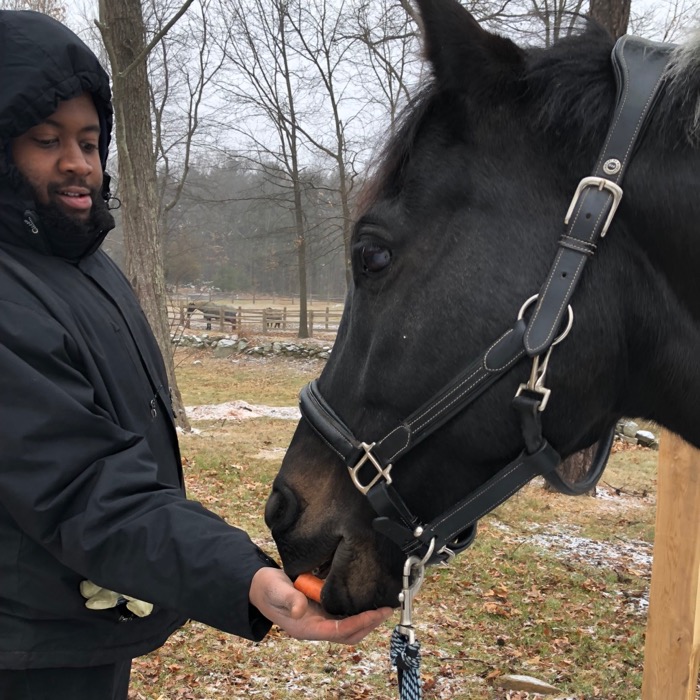 And then they had this moment of mutual affection. 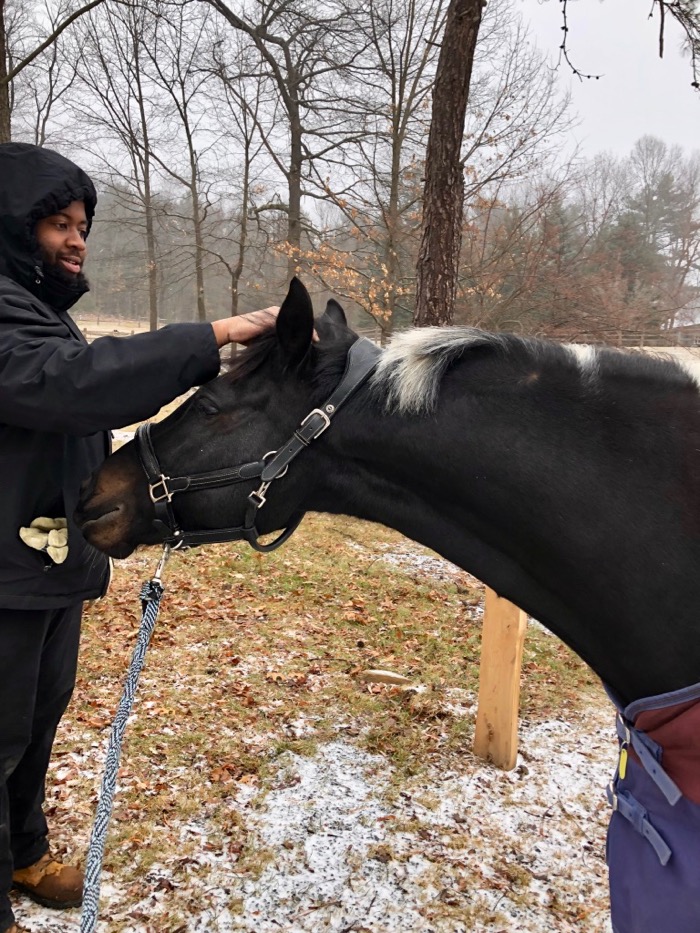 It doesn’t take much to go from fearful to friendly.

(For more about counter-conditioning, read this.)