Yesterday Tonka was ticked off at me. He made it very clear.

I had to look back through my archives to find a photo to illustrate his demeanor. This does it. Pinned ears, narrow nostrils, tight lips, tense neck, eyes showing some white.

This is a pissed off horse. 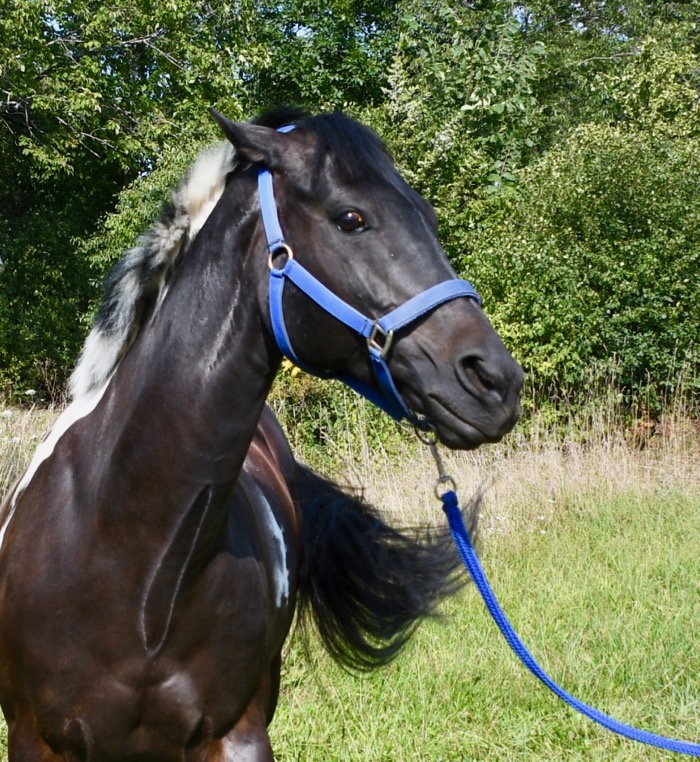 My visit to the barn didn’t start like that. When I arrived, Tonka nickered a hello and was quite cheerful. 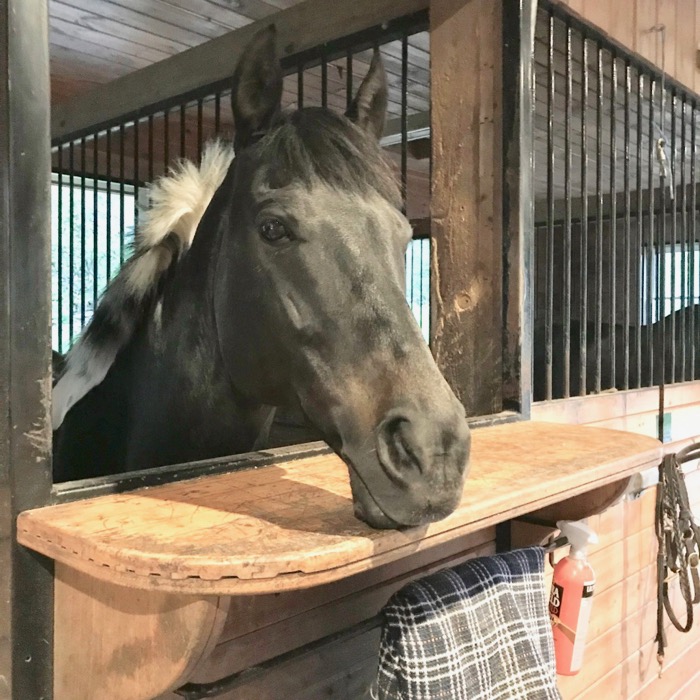 He willingly followed me into the grooming stall, but as soon as I reached out a brush towards him, his head went up and he gave me the stink eye.

I touched him gently. He didn’t relax. If anything, Tonka glared harder.

I brought out a banana. Tonka knows that he’s only fed when he’s relaxed (not just looking away, as some clicker trainers teach.) Tonka looked at the banana. He looked at me. He softened his muscles and his nose came down. The body language was right – except for the eyes. Those never softened. He was resigned but not happy. The effort was so obvious that I almost laughed. I fed Tonka the banana. As soon as he finished chewing the banana, his head went right back up and he pinned his ears as flat as he could.

I stepped back and assessed. What was I missing? It finally dawned on me.

The weather this past week has been drenchingly humid and very hot. I’ve arrived at the barn every morning at 7:30 to ride before the worst of it. The horses are being turned out for only half-days, because they prefer the shade and the fans in their stalls to their paddocks. Also, this weather seems to have supercharged the late season horse flies that have become the size of my thumb. So, I agree with the barn management that less turnout is the right thing, however, I don’t like my horse to stand in his stall for 18 hours. So, I’ve been returning in the evenings to hand-walk Tonka and let him graze on the lawn.

No wonder Tonka was angry at me. I’d established a schedule, which suited him, and then it stopped abruptly. On this day, I didn’t ride in the morning (he does enjoy that attention and the movement) and then when I arrived in the evening, instead of taking him out to grass, I kept him in the barn to groom him.

Once I realized how I’d let Tonka’s expectations down, all I had to do to make amends was to take him out for a graze. 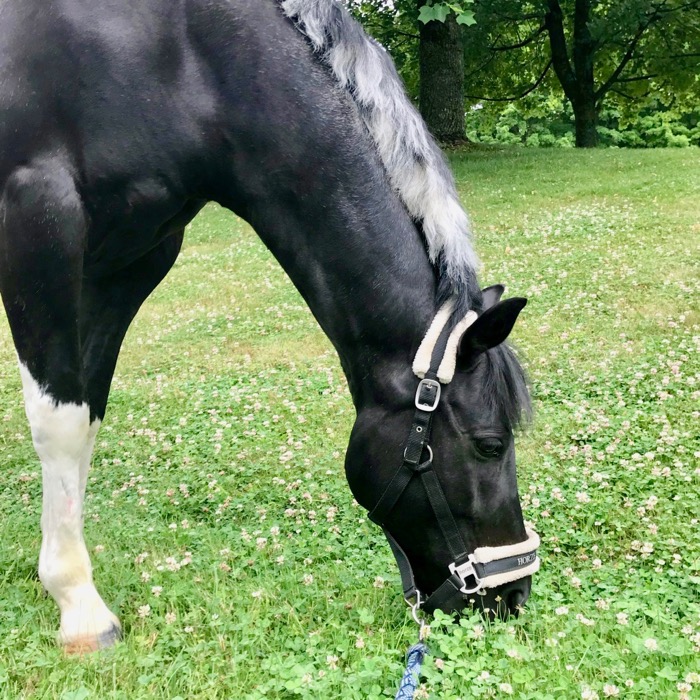 Just five minutes was all it took to change Tonka’s mood.

When I brought him back into the grooming stall, he stood contentedly while I brushed him. He even leaned into the curry when I scratched his favorite places. All was forgiven. 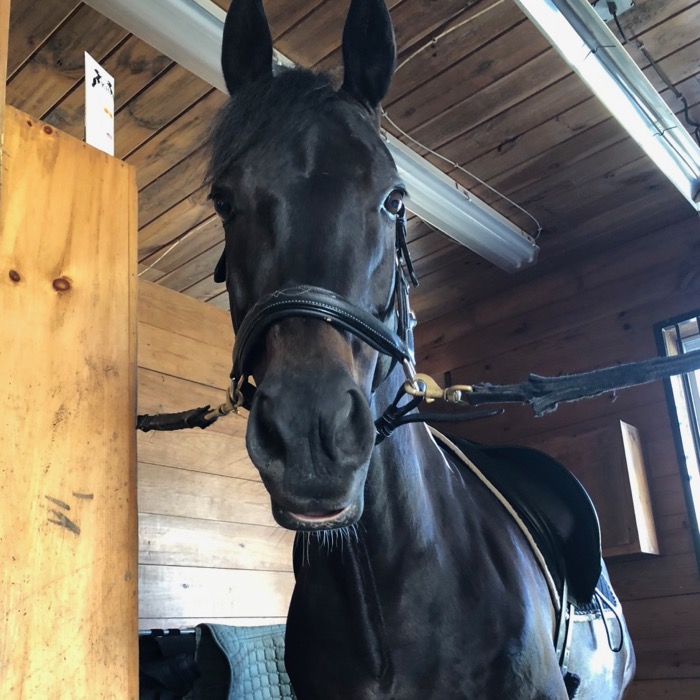 And then we had a very, very good ride.

Which just goes to show that not all behavior “problems” should be solved with training or rewarding the desired demeanor. Sometimes all it takes is a sincere apology to your horse for letting him down, and then some companionable time out on grass.

19 thoughts on “Tonka is Ticked Off”